The judge ruled that the plaintiffs are likely to show that the bill is unconstitutional and the lawsuit must move forward to a trial. 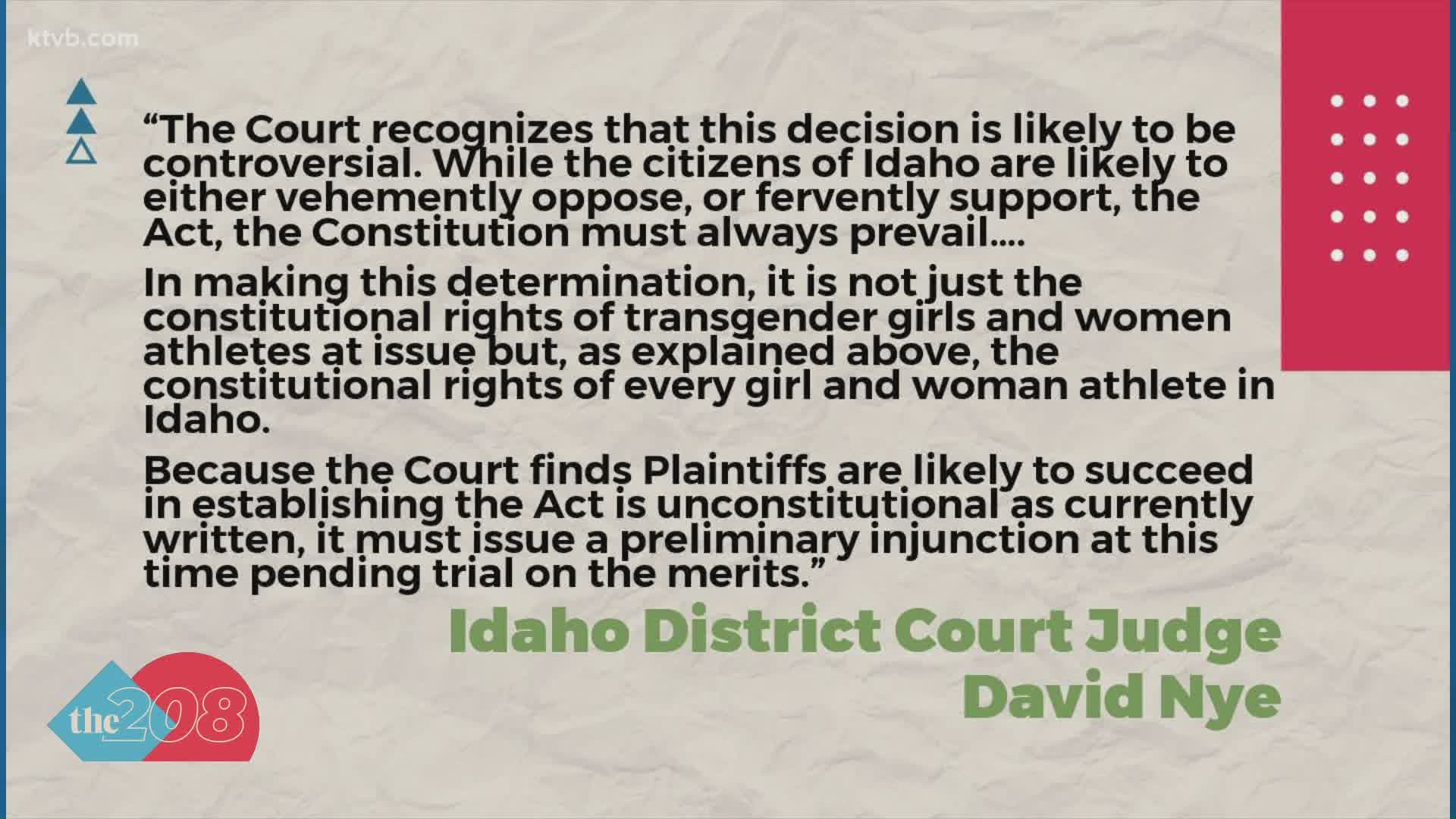 BOISE, Idaho — A federal judge on Monday ruled that Idaho House Bill 500 is unconstitutional and placed a temporary hold on the law.

The Fairness in Women's Sports Act was passed by the Idaho Legislature and signed into law by Gov. Brad Little in the last legislative session.

The law prevents transgender athletes who identify as female from participating in girls' or women's sports.

The lawsuit was filed by the American Civil Liberties Union back in April but the ruling was announced on Monday by Judge David Nye.

In his 87-page ruling, Judge Nye said the constitutional rights of all cis and trans women athletes are affected by H.B 500.

"The Court recognizes that this decision is likely to be controversial. While the citizens of Idaho are likely to either vehemently oppose, or fervently support, the Act, the Constitution must always prevail. It is the Court’s role—as part of the third branch of government—to interpret the law. At this juncture, that means looking at the Act, as enacted by the Idaho Legislature, and determining if it may violate the Constitution. In making this determination, it is not just the constitutional rights of transgender girls and women athletes at issue but, as explained above, the constitutional rights of every girl and woman athlete in Idaho. Because the Court finds Plaintiffs are likely to succeed in establishing the Act is unconstitutional as currently written, it must issue a preliminary injunction at this time pending trial on the merits."

Nye's decision comes on the heels of another federal court ruling in Idaho related to transgender rights. Last week, Judge Candy Dale declared an Idaho law preventing transgender people from changing the sex on their birth certificates violates a previous court order she wrote two years ago that blocks such categorical bans.

The injunction on H.B 500 will hold until a trial can be held and a final decision can be made.

The author of H.B 500, Rep. Barbara Ehardt, told KTVB, "This is just the first step in the preliminary injunction ruling. The US Department of Justice has already attested to the constitutionality of the Fairness in Women’s Act. We are hopeful that the Courts will ultimately uphold the Fairness in Women’s Sports Act and protect equal opportunities for female athletes in Idaho."