Cloud seeding not a fix to droughts, but adds significant impact to water levels in Idaho 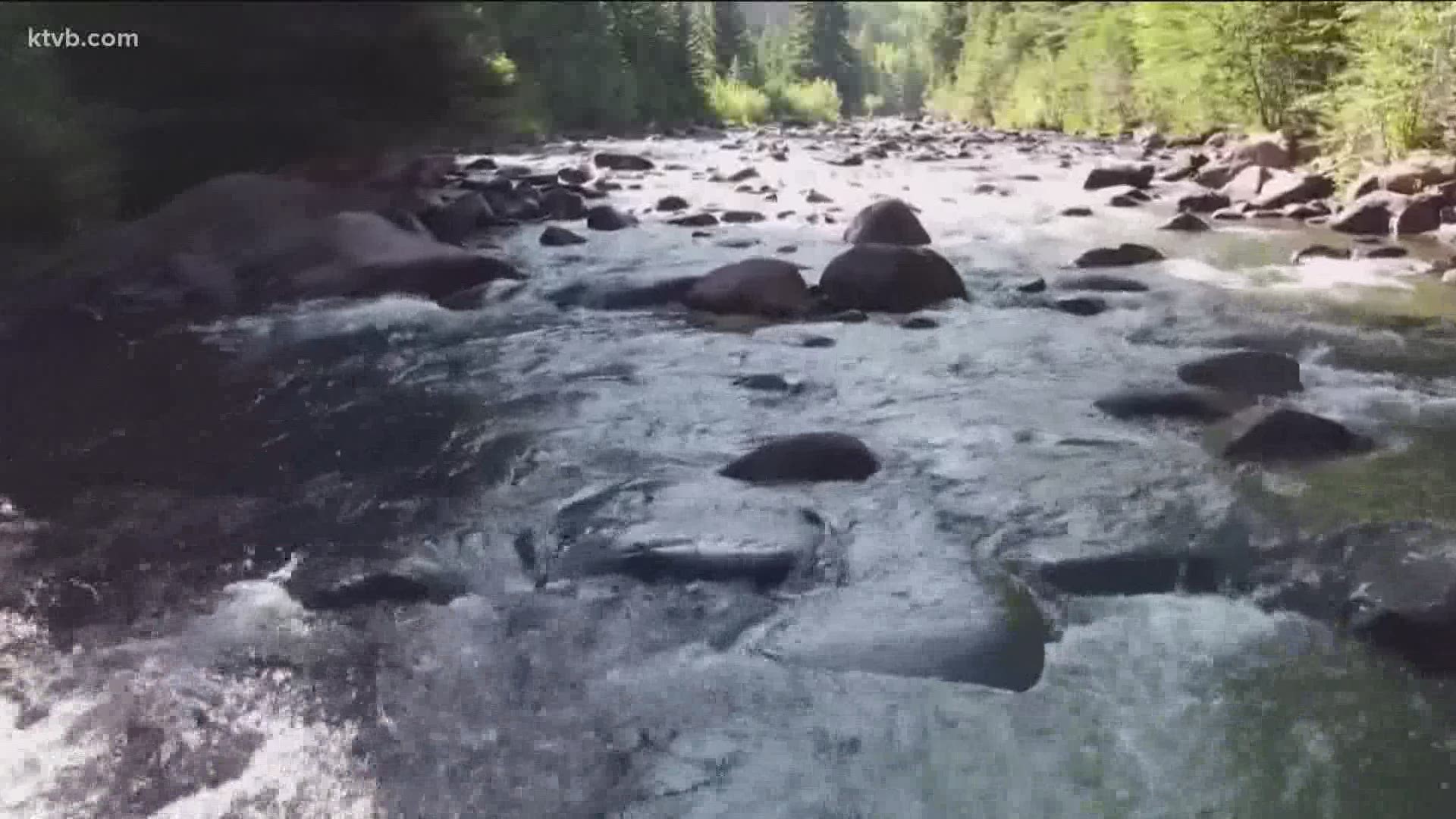 BOISE, Idaho — The triple-digit temperatures that continue to stay around Idaho and the western United States are not doing any favors for the drought conditions that are impacting the region. Geoengineering methods used around the state like cloud seeding won't do much to get areas out of the drought, but without the program, water conditions in basins could be worse.

Idaho saw fewer winter storms in the past season which had an impact on snowpack and water runoff around the state. However, Idaho Power's cloud seeding program was able to produce an additional 475,000 acre-foot of water in 2020. One acre-foot of water is 326,000 gallons.

"The way to characterize or think about this last season is if we hadn't had a cloud seeding program in place in prior years or in the year 2021, we would have seen about a half a million-acre feet less runoff or water in the watershed," said Shaun Parkinson, the meteorology and cloud seeding leader for Idaho Power.

The utility company started the cloud seeding process in 2003 with the goal to provide additional water for hydropower projects. However, they started looking into the program around the mid-1990s when areas were coming out of a drought that began in the 1980s. After some research, it became clear cloud seeding wasn't the 'silver bullet' to get out of a drought.

"It is effective as a long-term water management strategy," Parkinson said.

He added it is a process that could have some years collecting more water than areas need and others that have less water.

What is cloud seeding?

Cloud seeding acts as more of a nudge to Mother Nature to help increase the amount of precipitation that falls. It does not create the storms, rather enhances them.

Idaho Power said storms that have low water and appropriate temperatures are the conditions most ideal for cloud seeding.

"Mother Nature's very inefficient at making snowfall out of the air that passes over the top of the mountain range," said Derek Blestrud, the senior atmospheric scientist for Idaho Power.

How Idaho Power gives that 'nudge' by adding iced nuclei, also known as silver iodide, into winter storm systems. Minute water particles within the clouds freeze on contact with the silver iodide particles and eventually grow and fall to the ground as snow. According to Idaho Power, silver iodide is insoluble in water which is a characteristic that keeps it from having harmful effects.

"By targeting the high elevations, it's the last snowpack to melt and that gives us water later into the season," Parkinson said."We can wind up with benefits throughout the year."

Idaho Power started the program's operation at the Payette River and since it has expanded into the upper Snake River, the Boise and Wood River basins. The program lasts from the beginning of November through the beginning of April. It could run shorter depending on how much water has been collected.

Idaho Power explained with the change in precipitation in the snowpack, they average about a million acre-feet of additional unregulated water across the river systems involved.

"To put that into context, if all that water were available to our hydro system that would be a little over 820,000-megawatt-hours a year," Parkinson said. "That's energy for more than 71,000 homes."

While it doesn't eliminate droughts, cloud seeding does give a boost to areas that would otherwise be lacking.

"We're just trying to get just a little bit more out of mother nature," Parkinson said.

Another effect cloud seeding has on the environment is making basins healthier. It brings in more water for surrounding plants, trees, fish, wildlife and more.

It also aids in recreational activities for skiers and snowboarders.

Idaho Power is looking at other basins and areas around the state that may have opportunities for cloud seeding.

Related: Watch wildfires in the West: