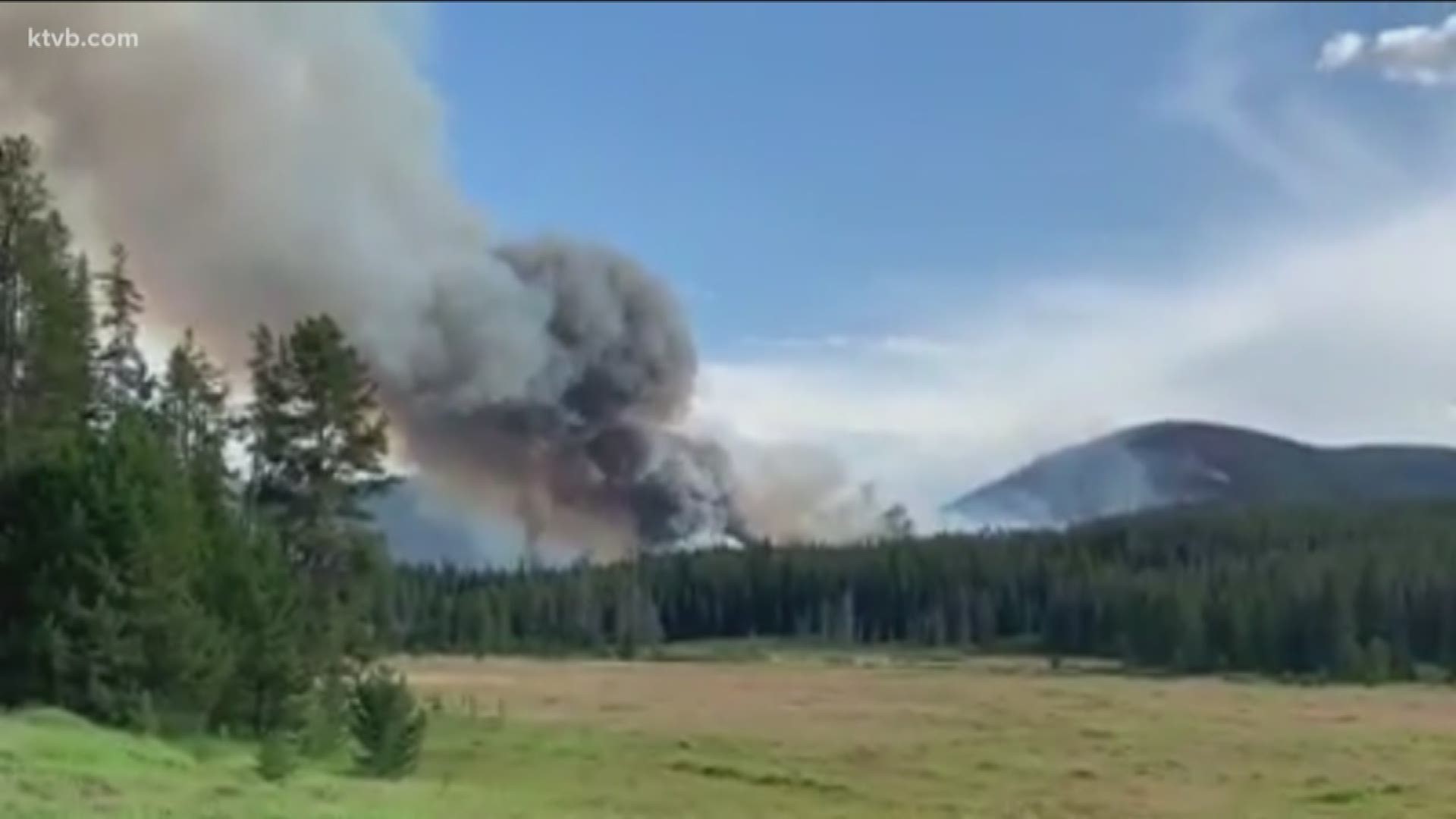 BURGDORF, Idaho — The Nethker Fire is the biggest wildfire burning in the Payette National Forest so far this season, and Tuesday evening, the fire became a bit more aggressive.

The lighting-caused fire has burned about 350 acres.

Favorable weather earlier in the day helped crews get right next to the fire to dig fire lines. Eleven crews and six helicopters are assigned to battle the fire.

But in an update Tuesday evening, fire managers said the favorable cloud cover had dissipated and the fire became more active, spotting in areas outside the main fire and creating a large column of smoke. To make matters worse, winds shifted, pushing the fire to the south side of Nethker Creek in the direction of the intersection of Warren Wagon and French Creek roads.

While there are no official evacuations at this time, officials asked in a Facebook post for members of the public to leave the area of the French Creek Road because they are getting in the way of firefighting equipment and crews.

Perhaps no one is watching the Nethker Fire more closely than the owners of Burgdorf Hot Springs, a mountain vacation destination for more than a century. The hot springs - about 30 miles north of McCall - have buildings that date back to the 1870s.

Scott Harris, whose family has owned the resort since 1922, said the fire is now about a mile-and-a-half from the resort.

Burgdorf Hot Springs has already had to shut down once and evacuate - on Monday - as the fire began to approach.

Twenty guests that were staying at the resort's cabins were evacuated. Harris says he stuck around to watch the firefighters at work and was amazed by it.

Harris said they are now open on a limited basis, which means potential guests have to call ahead to see if they can accommodate them.

"We're in harm's way every fire season and I suspect there might come a time the efforts to save it might not be successful but it's hung on for over 150 years so we'll keep our fingers crossed," Harris said.

He told KTVB Tuesday evening that the fire had the potential of approaching the resort on Wednesday - in which case, they would likely have to evacuate again.

"Hopefully this thing will literally blow over," he added. "But we don't know, it's certainly threatening at this point. Hopefully that will be enough, but if the fire comes in with a vengeance from the east, we'd be in big trouble."

The Forest Service says there are some smaller roads and trails that are currently closed due to the fire. However, both Warren Wagon and Burgdorf roads are open.