Gabriel Rench, the deacon of Christ Church, and two others were arrested for violating Moscow's mask mandate and other COVID-19 orders during a "Psalm Sing" event. 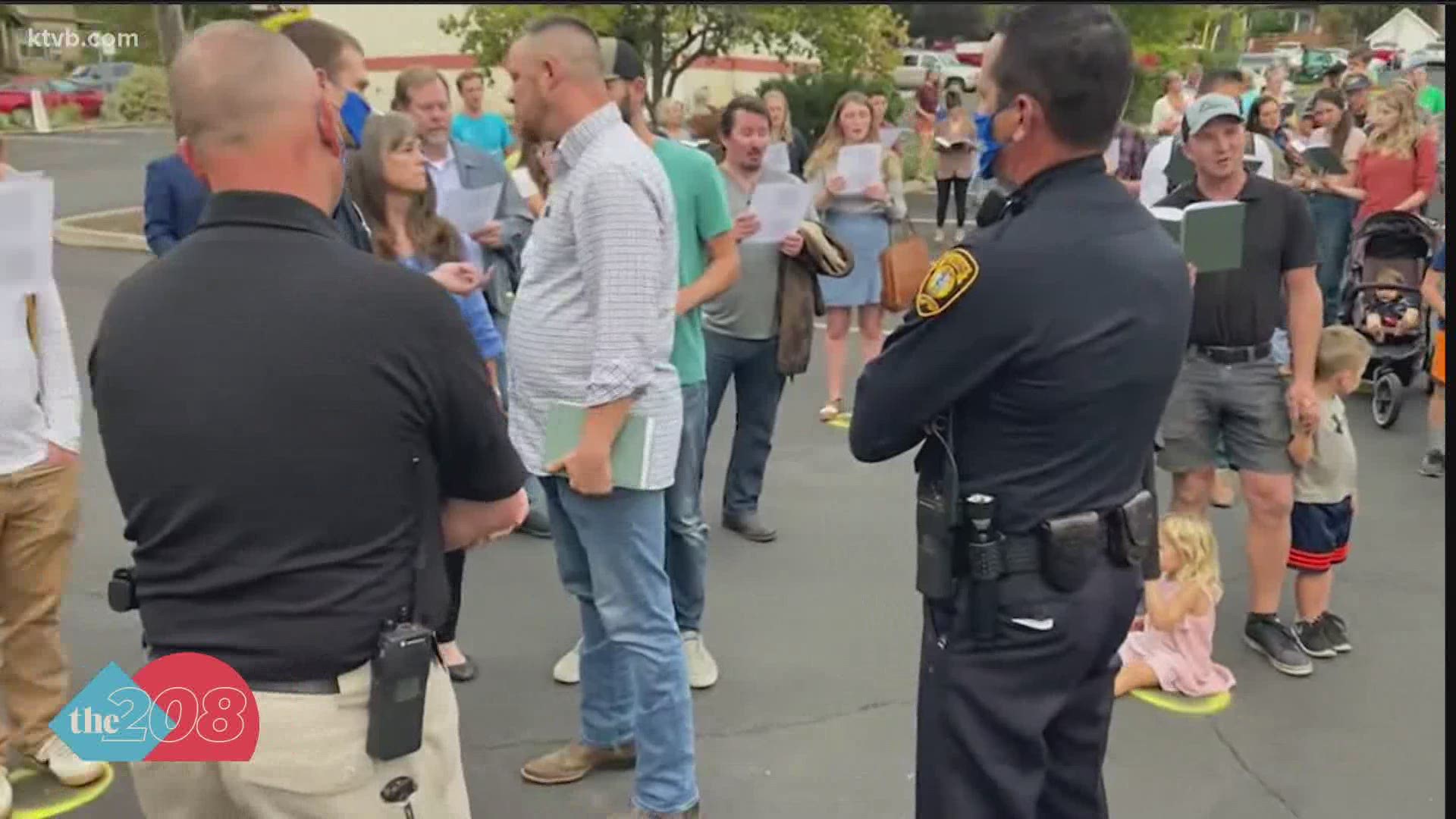 MOSCOW, Idaho — Three people who were arrested in September 2020 for not wearing masks during an outdoor church event in Moscow have filed a federal lawsuit against the city, police chief, arresting officers and the prosecuting attorney, accusing them of violating their First Amendment rights.

Christ Church in Moscow held the first of two "Psalm Sing" events at City Hall on Sept. 23, 2020. Photos and videos of the event showed that most of the nearly 150 people in attendance did not wear masks. Gabriel Rench, the deacon of Christ Church, and Sean and Rachel Bohnet were arrested and released from custody the same day.

In January 2020, a judge in Latah County dismissed the charges of misdemeanor resisting arrest and violating Moscow's mask mandate. Rench's attorney argued the city violated its own code when it arrested him and the other two, and the city agreed.

RELATED: Why Moscow is asking court to dismiss charges against 'worship protest' participants

The federal lawsuit filed by the Thomas More Society also asserts that the city violated its own ordinance. The order allows the mayor to issue public health emergency orders but exempts core political speech activities protected by the United States and Idaho Constitutions.

The lawsuit asserts that Rench and the Bohnets were arrested "even though law enforcement officers were aware of the First Amendment protections under the mayor's emergency order."

In a press release, Sean Bohnet described his experience of being incarcerated alongside Rench.

“We thought a city that would premeditatively break the law in order to detain and jail those lawfully not wearing masks would at least offer one to incarcerated people,” Bohnet said. “However, we were in good company. Staff at the jail occasionally had no issue with letting their faces freely shine, too.”

Sean Bohnet added during a press release on Wednesday, March 24, that Moscow's response to COVID-19 was “arbitrary, irrational and not within the scope of their emergency powers as written.”

After the arrests, Moscow City Council amended the ordinance regarding public health emergencies to apply to all persons and activities in Moscow, including political speech. The attorney representing Rench and the Bohnets said the amended ordinance violates the First Amendment and should be declared unconstitutional.

Rench said the city council should have publicly recognized Moscow's "failure to protect his and the Bohnets' rights," according to a press release.

“Instead, the city council revised its order to target myself and others who would exercise their constitutional rights,” Rench said. “The council’s actions have fragmented Moscow and increased hostility in the broader community.”

A representative for the City of Moscow declined to comment on the "pending legal matter."