Within four days, the TikTok has racked up over 22 million views. 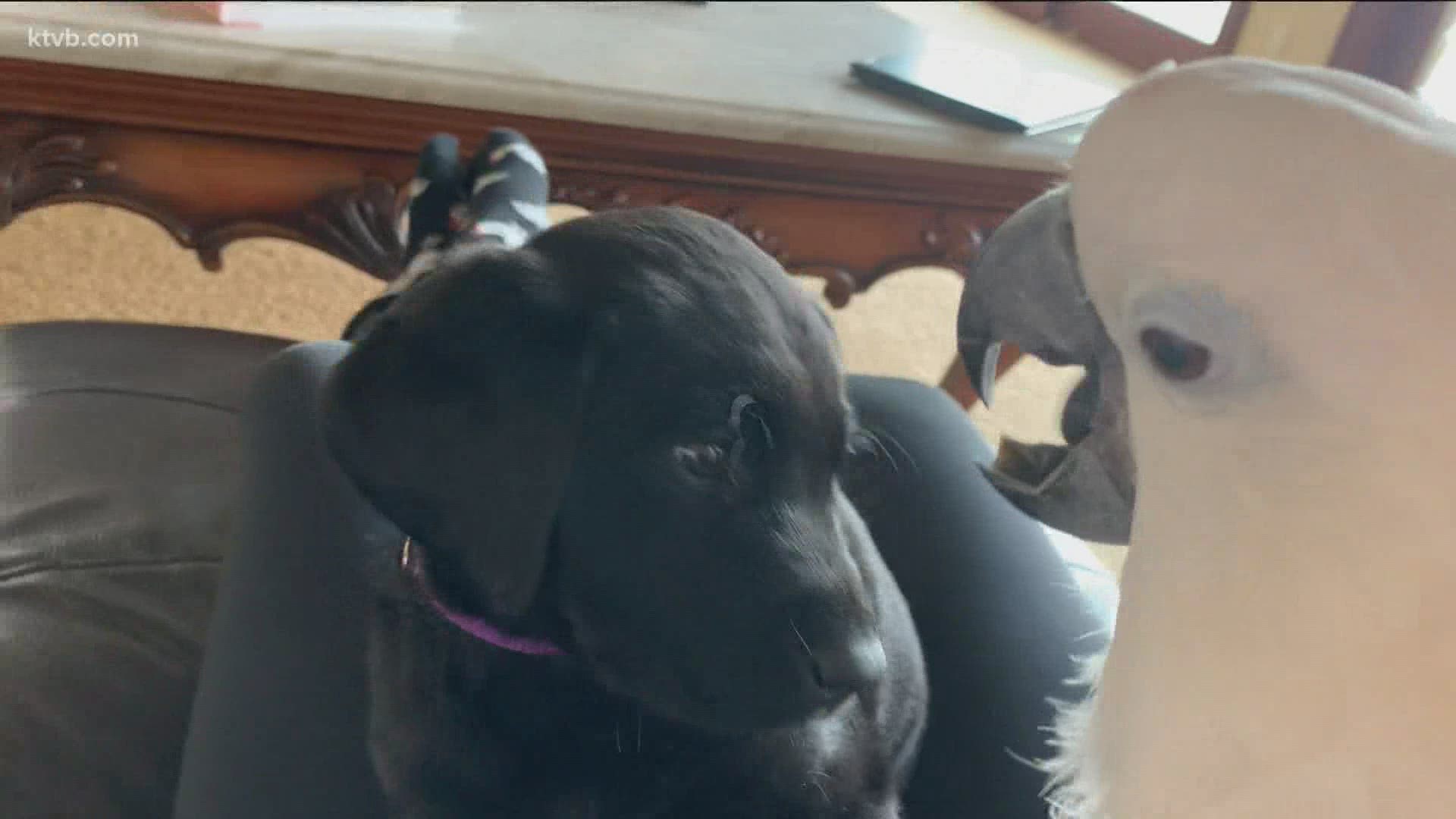 BOISE, Idaho — With over 20 million views within four days, one parrot from Idaho has gone viral after its owner captured a sweet moment between the bird and a sleepy puppy.

Wendy Albright explained to KTVB on Saturday how her cockatoo parrot became a social media sensation.

"So I was holding the puppy and the puppy was sleeping and I allowed Sweet Pea to come meet the puppy," she explained.

After posting the video to TikTok on Tuesday, Albright was soon bombarded with alerts on her phone.

"About two hours later I looked at my phone and there were thousands of notifications," she said.

Since then, her video has been watched 22.6 million times, with over four million likes.

"I think it's just that the world, in this time that we live in saw that video and just loved the unadulterated love of two animals just caring about each other," Albright said.

Sweet Pea, who Albright said was found on Craigslist, often keeps the young pup company, even when the puppy is in his crate.

This cockatoo and puppy are now flocking together, like birds of a feather, so to speak.