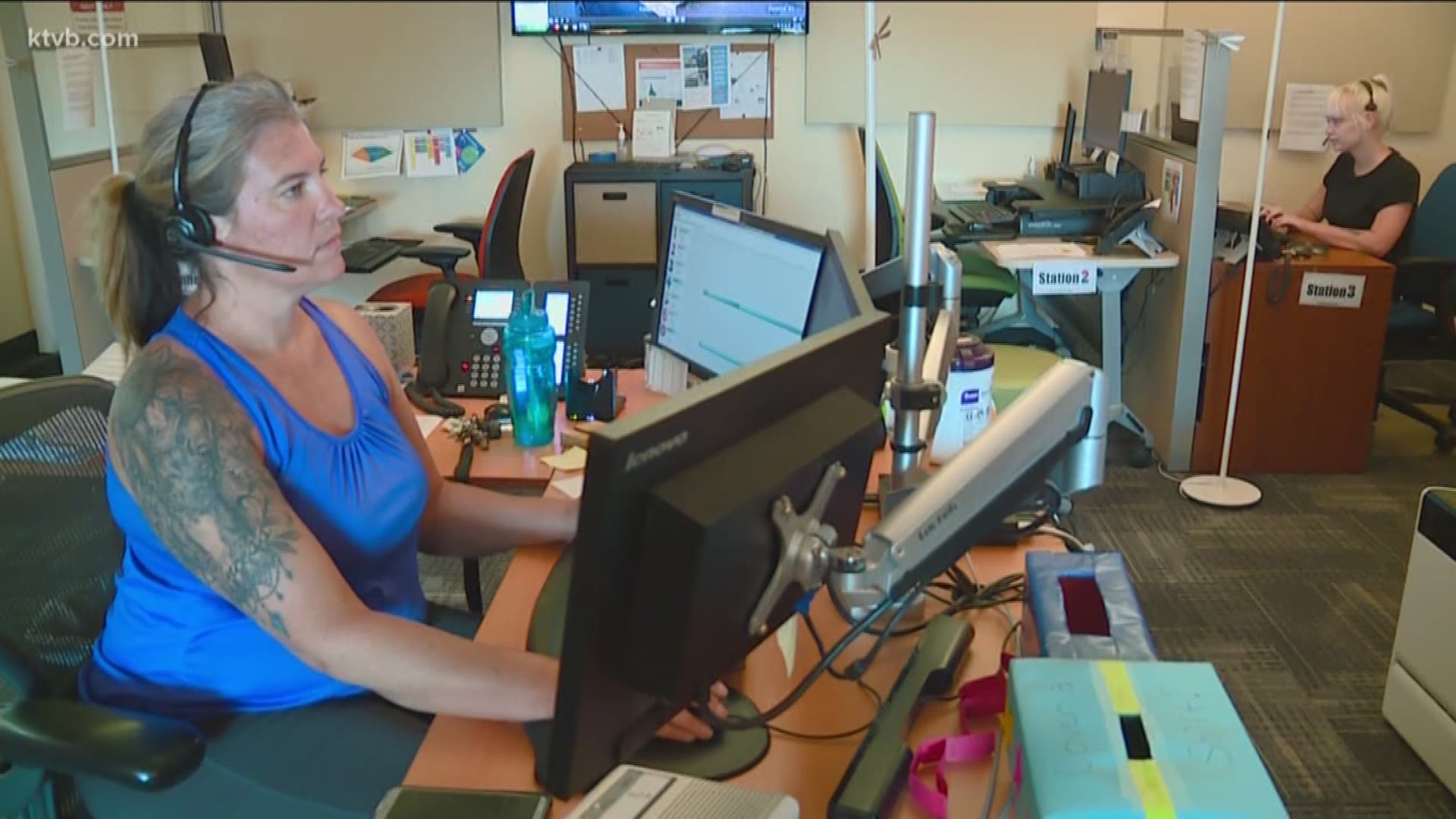 BOISE - It's oftentimes a thankless job, but it can also be a life-saving job: a volunteer at the Idaho Suicide Prevention Hotline.

Daly has been a volunteer for just over a year, and for him the connection is personal.

"I had a lot of suicides in my family and friends so growing up when I found out about this organization I really wanted to be on the helping side," Daly said.

It's also a way for him to give back to those who need a listening ear the most.

"What do you do when a friend has died by their own hand?" said Daly. "There's zero you can do at that time. At that point you wish you may have seen signs or been able to answer that call in the middle of the night."

Now, Daly is fielding several of those calls on his weekly shifts.

"There's all sorts of things people struggle with, family things, financial things, drugs and alcohol are always a big thing that people are having a tough time with," Daly said. "We're one of their last resorts."

Austin says at 11 years old, he lost his mom to suicide and he had suicidal thoughts while attending high school.

"I think our ability to tap into our own experience helps us connect with other people," said Austin.

He also says this dramatic increase in calls is a double-edged sword.

A drawback to all the calls, the hotline needs even more volunteers manning the phones.

"Right now we have about 80 active volunteers and based on our call volume we really feel we need about 100," said Austin. "We've had a few shifts where people have literally dropped what they're doing and come in to work 8 p.m. to midnight."

There are volunteers who are at the call center 24/7 so no matter how high the volume, every call will be answered with the goal of helping that person through crisis.

"Even if they haven't thought of another reason, the fact that they reached out is a reason," said Austin. "Part of them is still struggling to stay alive."

In order to be a volunteer, there is a process you have to go through including training on how to respond to calls.

There also is a screening process that potential volunteers go through. Austin says they typically ask volunteers to commit to a year at ISPH, but he says that timeline doesn't always happen.

Regardless of the time spent, Austin says progress is being made.

"The fact that we've trained people to recognize and respond to people in crisis or suicidal crisis means that we're making Idaho safer just by having people come through and participate in the training that we've done," Austin said.

If you or someone you know is in crisis or needs support, please reach out for help by calling or texting the Idaho Suicide Prevention Hotline at 208-398-4357. All calls are confidential and anonymous.

You can also contact the National Suicide Prevention Lifeline at 1-800-273-TALK.