The FBI is warning all 50 state law enforcement agencies to prepare for potential armed protests at state capitols this weekend. 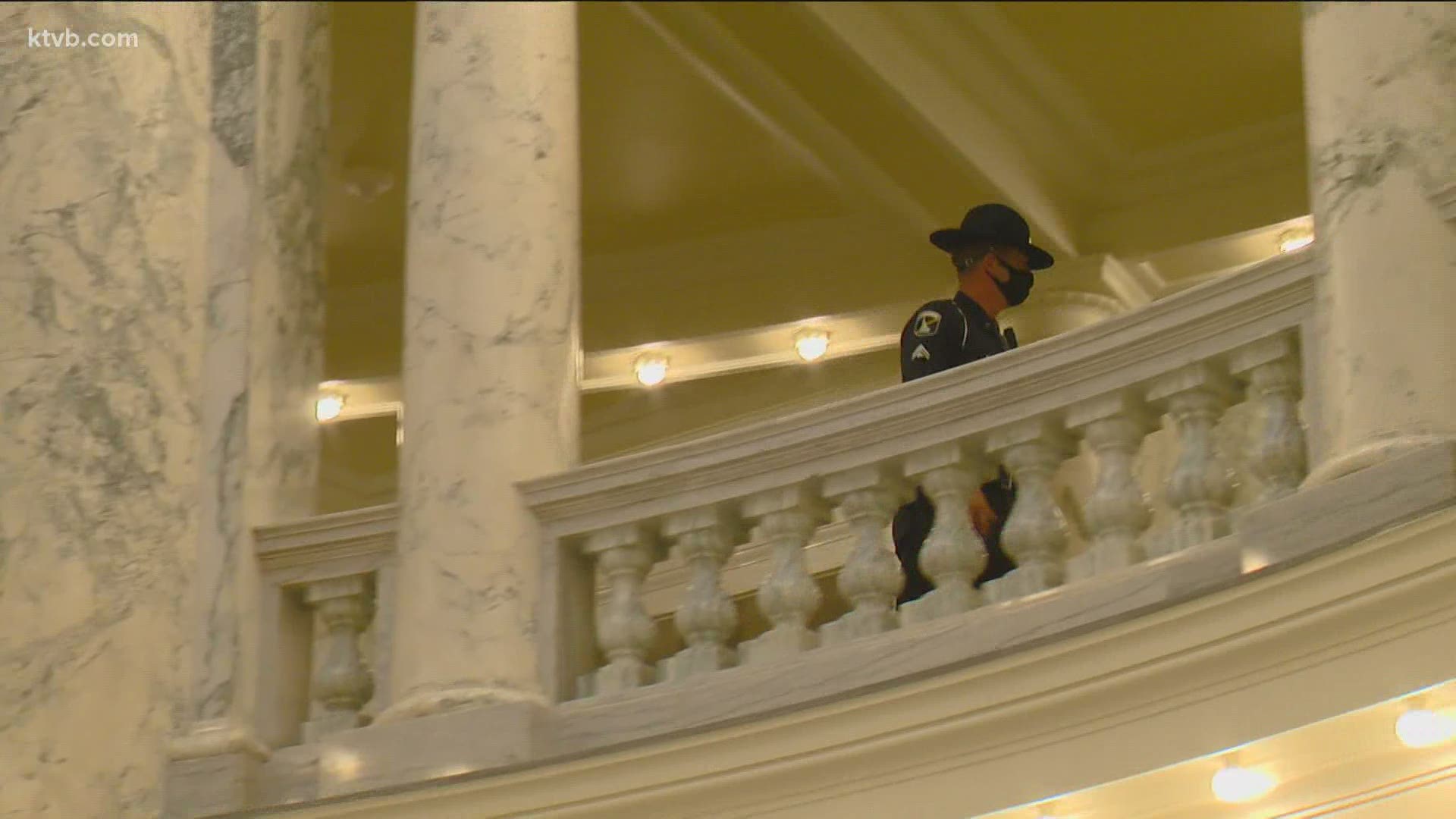 BOISE, Idaho — The FBI is warning law enforcement in all 50 states to prepare for potential armed protests at state capitol buildings in the days leading up to the Jan. 20 inauguration of President-elect Joe Biden.

The memo, sent to law enforcement agencies nationwide following last week's deadly siege at the U.S. Capitol, warned that armed protests may start on Sunday and extend through Wednesday's inauguration.

According to the Associated Press, investigators believe some of the people are members of extremist groups.

"It's virtually unprecedented to see this kind of broad yet specific intelligence bulletin go out to everyone," Frank Figliuzzi, former FBI Assistant Director for Counterintelligence.

Idaho State Police is the lead agency in charge of security at the state's Capitol Building in Boise.

In a state to KTVB, ISP said its ongoing mission at the Statehouse is to "safeguard the constitutional rights of all" while "ensuring continuity of government processes."

The agency is also tasked with preventing acts of violence and disorder.

"Those visiting the Statehouse may see an increased presence of uniformed state troopers at any time throughout the session," ISP said in the statement. "The Statehouse remains open at this time to allow public participation in the business of the Idaho Legislature."

"We must talk with each other, not at each other," Berch said. "And anyone who resorts to threats and violence to make their point has lost both the intellectual argument and a portion of their humanity. I encourage all citizens to exercise their freedom of speech for whatever position they advocate, but to do it in a civil and respectful manner. That is truly what makes America great."

The warning from the FBI does not guarantee an armed protest in any of the states, but former FBI Director James Comey said the concerns are valid.

"They're right to be concerned, it's right to be prepared," Comey said. "What's appalling about what happened on January 6th is the lack of preparation, we can't repeat that mistake."