A jury awarded an Idaho State Police detective more than $1.5 million in damages Tuesday, signaling jurors believed his claim that ISP commanders intentionally tanked his career goals and his reputation after he refused to go along with their explanation of a fatal crash involving a deputy. 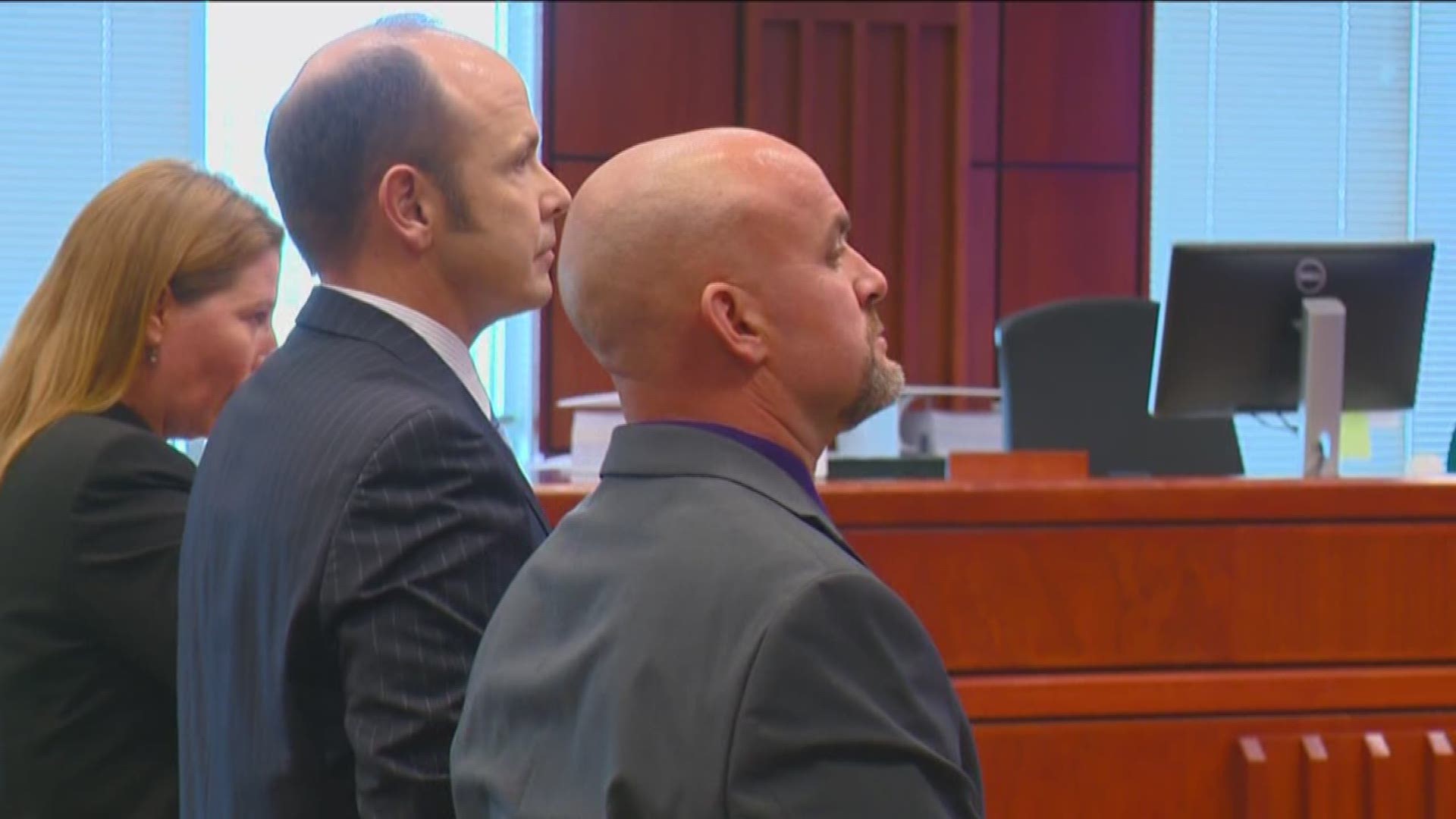 BOISE – A jury awarded an Idaho State Police detective more than $1.5 million in damages Tuesday, signaling jurors believed his claim that ISP commanders intentionally tanked his career goals and his reputation after he refused to go along with their explanation of a fatal crash involving a deputy.

Brandon Eller said he was targeted after crash reconstructionists were ordered to change a report that concluded Payette County Deputy Scott Sloan was driving recklessly and made an unsafe pass before he slammed into another motorist on Highway 30 in 2011. Barry Johnson of New Plymouth was turning into his own driveway when Sloan – who was responding to a call at speeds of about 115 mph with his lights and siren on --smashed into the side of his Jeep.

Johnson was thrown from the wreckage, and died at the scene.

After Trooper Quinn Carmack, Eller’s colleague in the crash reconstruction unit, wrote in his report that Sloan had been operating “without due regard for the safety of others,” ISP command staff expressed displeasure with the finding.

Eller’s attorneys say the commanders told Carmack to take out references to Sloan driving recklessly or unsafely, and to include the fact that blood tests taken after Johnson’s death tested just below, at and just above Idaho’s legal limit of .08.

An ISP trooper called by the defense testified at Sloan’s hearing that Johnson’s alcohol consumption had been a factor in the crash.

But both Eller and Carmack contradicted that, testifying that Johnson’s BAC did not affect the outcome of the crash, and reiterating that the deputy had acted unsafely before the deadly collision.

"I can’t believe that ISP is going to send a deputy to prison,” Birch quoted now-Colonel Ked Wills as saying. According to the attorney, another member of command staff said of Carmack and Eller: "Those boys will be lucky to have a job working nights and weekends."

In the weeks after his testimony, Eller’s previously glowing performance reviews began to falter. His supervisor downgraded his performance, writing that Eller had caused “dissension” within ISP and should "soften his opinions" in the future.

When Eller approached the sergeant to ask about those comments, the supervisor said he had included them at the behest of ISP headquarters.

"Ladies and gentlemen, you don’t get much clearer evidence of retaliatory motive than you do from those two things,” Birch said.

Eller – who later clashed with ISP leadership again over a directive to destroy the draft reports like Carmack’s in crash investigation cases – saw his career take “a sharp, downward turn,” Birch said.

The plaintiff was also barred from instructing in crash reconstruction, passed over for a pay raise, and not allowed to finish taking an exam for a promotion to sergeant – payback, his lawyers said, for his role in the Sloan investigation.

The retaliation hurt more than his professional life. The detective lost weight, lost sleep and damaged the relationships with his own family due to the stress, Birch said.

She pushed jurors to decide the case in Sloan’s favor, urging them to “send a message to ISP that Brandon is the kind of cop they should be embracing, not mistreating."

Lawyers for Idaho State Police, however, said that Eller was never mistreated. Attorney Andrew Brassey charged that Eller was seeking to pin every decision by ISP’s leadership that he did not like on a personal vendetta against him.

"Everything since that Sloan accident that has occurred as it relates to Brandon Eller and the Idaho State Police, he blames on Sloan,” he said. "He's still our employee, a valued employee who was promoted as detective.”

"He did it because he thought it was the right thing to do for his team," Brassey said.

Brassey also questioned why Eller had received a promotion to the rank of detective if the agency was bent on destroying his career as revenge for his testimony.

"If we're so bad, if we're hiding things, you think the Idaho State Police couldn't figure out a way to fire Brandon Eller?" he asked. “You think somebody, some employer couldn't figure that out?”

But Birch argued the retaliation was set in motion when ISP commanders gathered to discuss Eller's testimony on Sloan's crash.

"ISP lost sight of its mission during that command staff meeting on the same day as the preliminary hearing. ISP lost sight of the truth," she said. "The truth was, rather than 'those boys were lucky to have their jobs working nights and weekends,' ISP was lucky to have 'those boys' working. 'Those boys' were good cops. 'Those boys' did their jobs when they provided their testimony, truthful testimony at the preliminary hearing. And ISP administration has failed 'those boys.'"

Jurors ultimately agreed, finding unanimously that ISP had violated Idaho’s Whistleblower Act, had negligently inflicted emotional distress on Eller, and that the conduct in the case was "willful or reckless.” Eller was awarded $30,528.97 in other damages on top of the $1.5 million award for emotional distress.

We received a statement from ISP Director Col. Kedrick Wills regarding the outcome of the trial:

“Obviously, we are disappointed in the outcome of this trial, but we respect the legal process and the rights of our employees to pursue their legal rights.

“When I took over the watch here at ISP, one of the first things we did was to initiate a climate survey seeking ideas for improvement from all ISP personnel. We are now several weeks into that process, which utilizes an outsider – a retired ISP employee – to conduct each face-to-face interview. In addition, ISP headquarters staff continues to look for other opportunities to improve processes across our statewide organization.

“Moving forward, we will continue in our mission of providing public safety across the State of Idaho through law enforcement excellence while taking care of our nearly 600 outstanding and dedicated personnel.”