'Why would people do that?': Owner of stolen puppy reacts to someone throwing it from moving car on I-84

The West Valley Humane Society told KTVB "Panda" the puppy will be reunited with its owner on Thursday after he undergoes a neuter procedure. 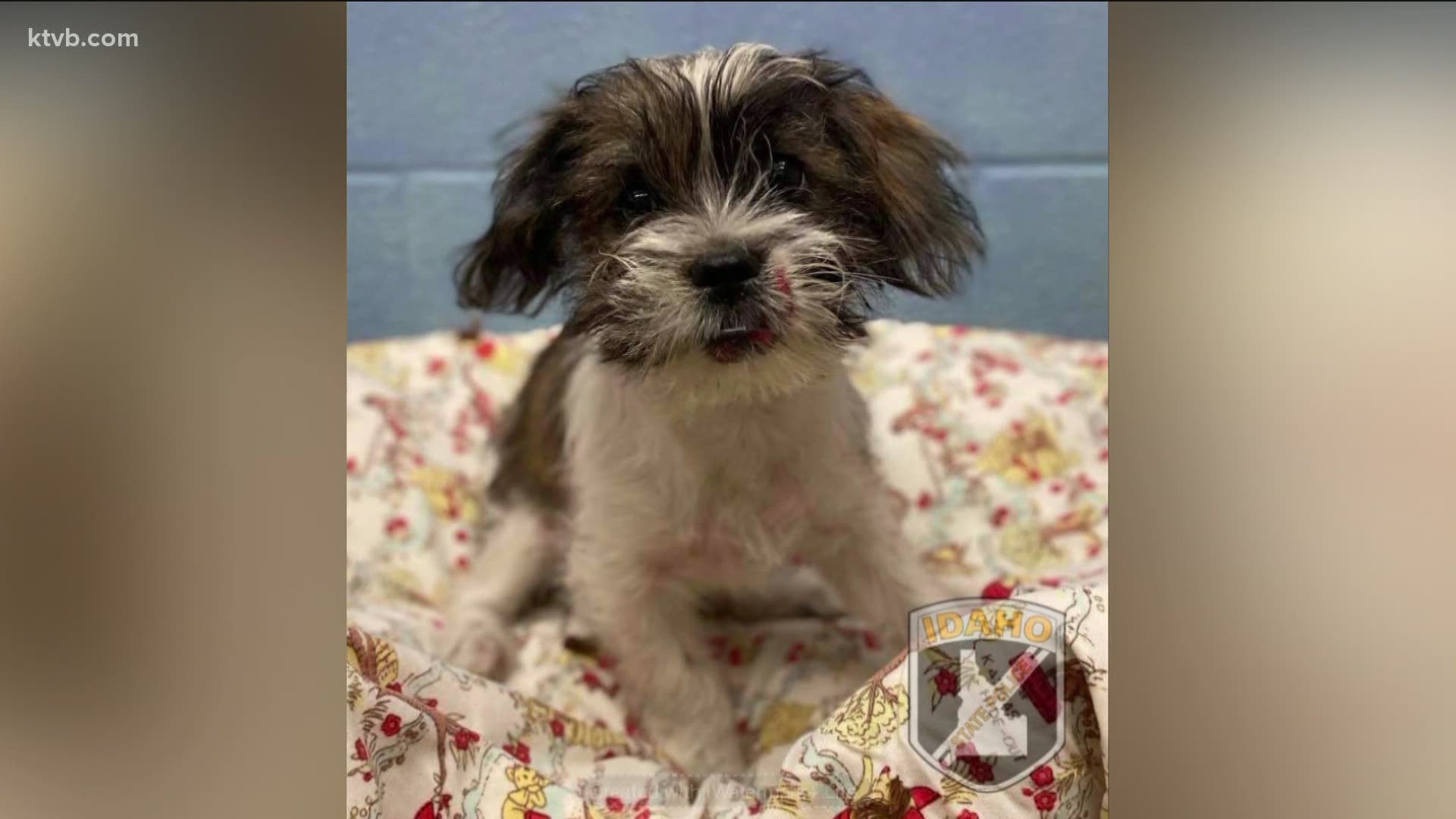 NAMPA, Idaho — Idaho State Police are asking for the public's help finding the person who is believed to have thrown a puppy from a moving car on Interstate 84 in Nampa Tuesday afternoon.

The incident happened around 2:20 p.m. on the westbound interstate. According to a witness, they saw something tossed from a car.

An ISP trooper drove by moments later and was flagged down by a woman who said she saw the incident and pulled over to help the injured puppy.

"Regardless of how you feel about dogs, I'm just amazed that someone would do that to a little puppy," said Idaho State Police Cpl. Brandon Bake, the trooper who stopped to help.

The woman was unable to describe the vehicle or any of the people inside.

The trooper contacted Canyon County Animal Control who picked up the puppy.

"It definitely appeared a little frightened, almost kind of resentful when you tried to pet it, or comfort it, so it was definitely a scared little puppy for sure," Bake said.

The puppy is a Shih Tzu, believed to about 10 weeks old, and is currently receiving care at the West Valley Humane Society. He suffered some road rash around his mouth and paws, but otherwise appears to be OK.

Idaho State Police said the puppy had been reported stolen from a home in Nampa earlier that day. Rosario Nunez told KTVB that the puppy, which she named Panda, disappeared early Tuesday afternoon, so she reported it to police. Then hours later, she found out about what happened to Panda from her sister.

"[I was] very upset, sad and mad at the same time," Nunez said. "Why would people do that? It's a little animal, you have to treat them like family."

Panda the puppy was reunited with his family on Thursday, according the Idaho State Police.

Nunez is grateful to the woman who witnessed the incident and saved Panda.

"She's really the hero of this whole event that happened," Bake said.

Police are now looking for additional witnesses to this incident. Anyone who may have information about who may have tossed the puppy onto the highway is urged to call Crime Stoppers at 208-343-COPS.