'It’s always one of those rites of passage of winter': Idaho ski resorts gearing up for winter season

Sun Valley will be opening up on Thanksgiving day. Brundage and Tamarack are aiming to not be too far behind. 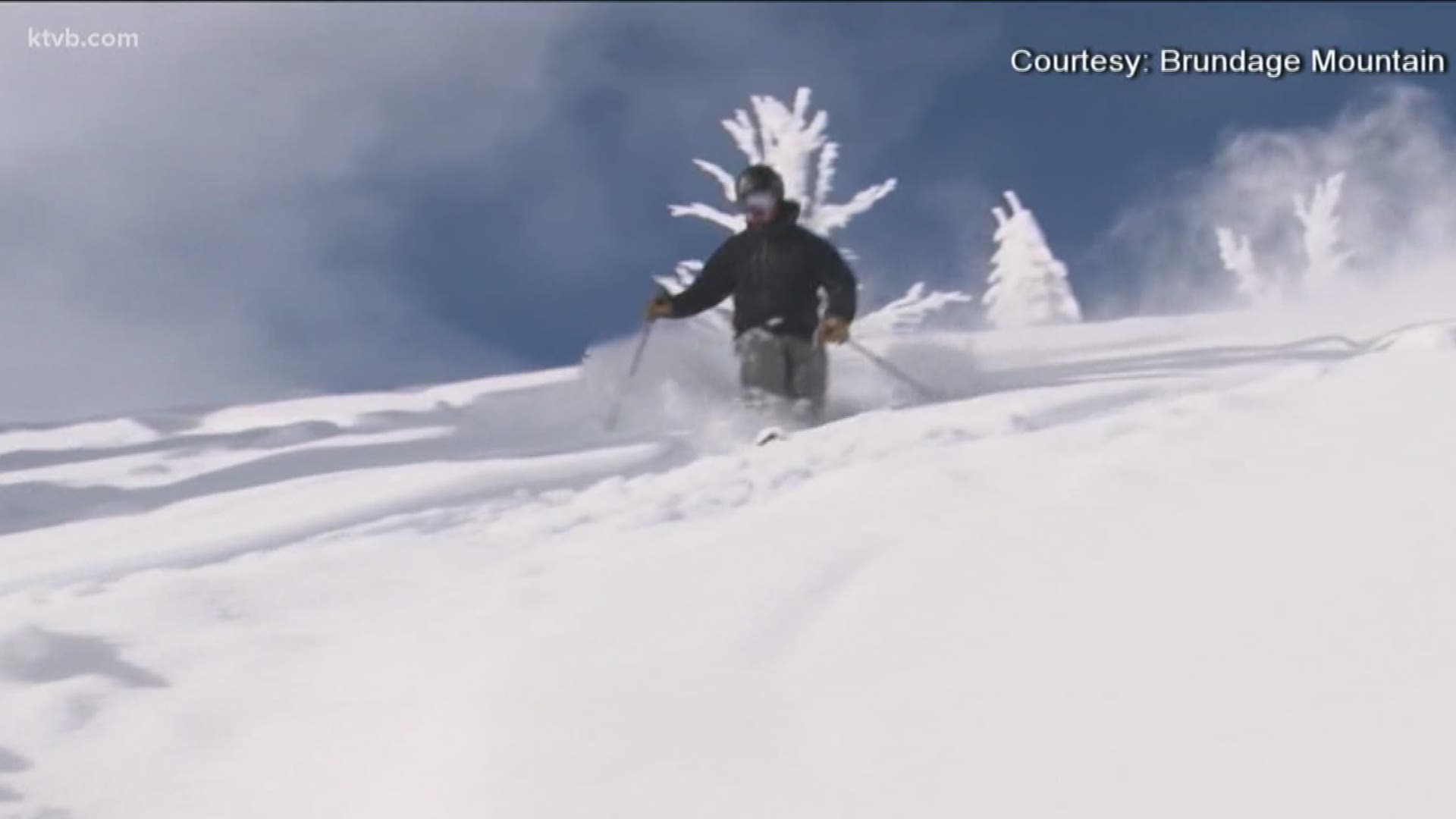 BOISE, Idaho — Skiers and boarders are begging for it, and snow is likely to happen next week.

While Sun Valley is planning on continuing their tradition of opening on Thanksgiving, other resorts are hoping Mother Nature starts to cooperate and give them snow.

“We'll be rolling those lifts at 9 a.m. on the River Run side of Bald Mountain,” said Kelli Lusk, public relations and communications manager for Sun Valley. "There's a huge sense of excitement, we have a lot of the locals that will show up first thing and get in line, and they want to have first chair and be those first people up on the mountain.”

Lusk said more lifts and parts of the resort will open throughout the season as weather permits.

After coming off what Lusk described as a great season that saw record breaking snow for the month of February, the resort is adding something new this year.

“One big thing for us is that we're part of the Epic Pass for the first year,” she said. “It’s the industry leading pass, and we're also in that with our sister resort Snow Basin.”

While Sun Valley is prepping to open, Brundage Mountain Resort is looking to Mother Nature to help out a bit to get some runs in over the holiday weekend.

"The totals I'm looking at shows we could get up to 19 inches in the next 10 days,” Brundage communication director April Whitney said.

There's a slim chance of getting that much, but the resort will take any snow they can get. However, Whitney said, there is a better type of snow to build a good base.

“What we like to say this time of year, the same type of snow that makes a good snowball or snowman makes a good base for skiing,” she said.

Brundage is planning on having a lodge party starting the day after Thanksgiving and continuing throughout the weekend.

“If weather conditions allow us to, and like I said the forecast is looking pretty good right now,” Whitney said. “We would love to be able to open up Easy Street those same three days.”

Easy Street is for beginners, and will be free throughout the season. Whitney said they keep it free to encourage more beginners and families to enjoy the sport.

Brundage will look to open other lifts like Bluebird either the first or second week of December, weather permitting.

“It really hits fever pitch when we open the Bluebird Express, and the upper mountain and that’s when people really start getting excited,” Whitney said.

Tamarack is aiming for a similar opening date. The target right now is December 13.

"It’s been warm, as everyone knows lately, but we had a wonderful October for us for snow making,” said Jon Reveal, Tamarack president. “So, we have snow waiting to be pushed around at the bottom of the mountain."

Tamarack, like Brundage, is hoping to get some assistance from the weather to have their beginner lift open throughout the holiday weekend. Reveal said he expects to make the decision if they will open the day before Thanksgiving.

Visitors to Tamarack will be able to experience something new this season. As the resort has worked on constructing a brand-new village.

“We will have 56 condominiums in that area, and we will also have a coffee shop that will open,” Reveal said. “Important for people that stay here a lot, we will have a village market going in as well.”

Another new event at Tamarack this year will be Snowfort -- a concert organized by the people behind the Treefort Music Fest in Boise. The concert will take place on February 28 and 29.

Overall, all three resorts are more than ready to get the season underway.

"It’s always one of those rites of passage of winter -- to get that first run in under your belly,” Reveal said.