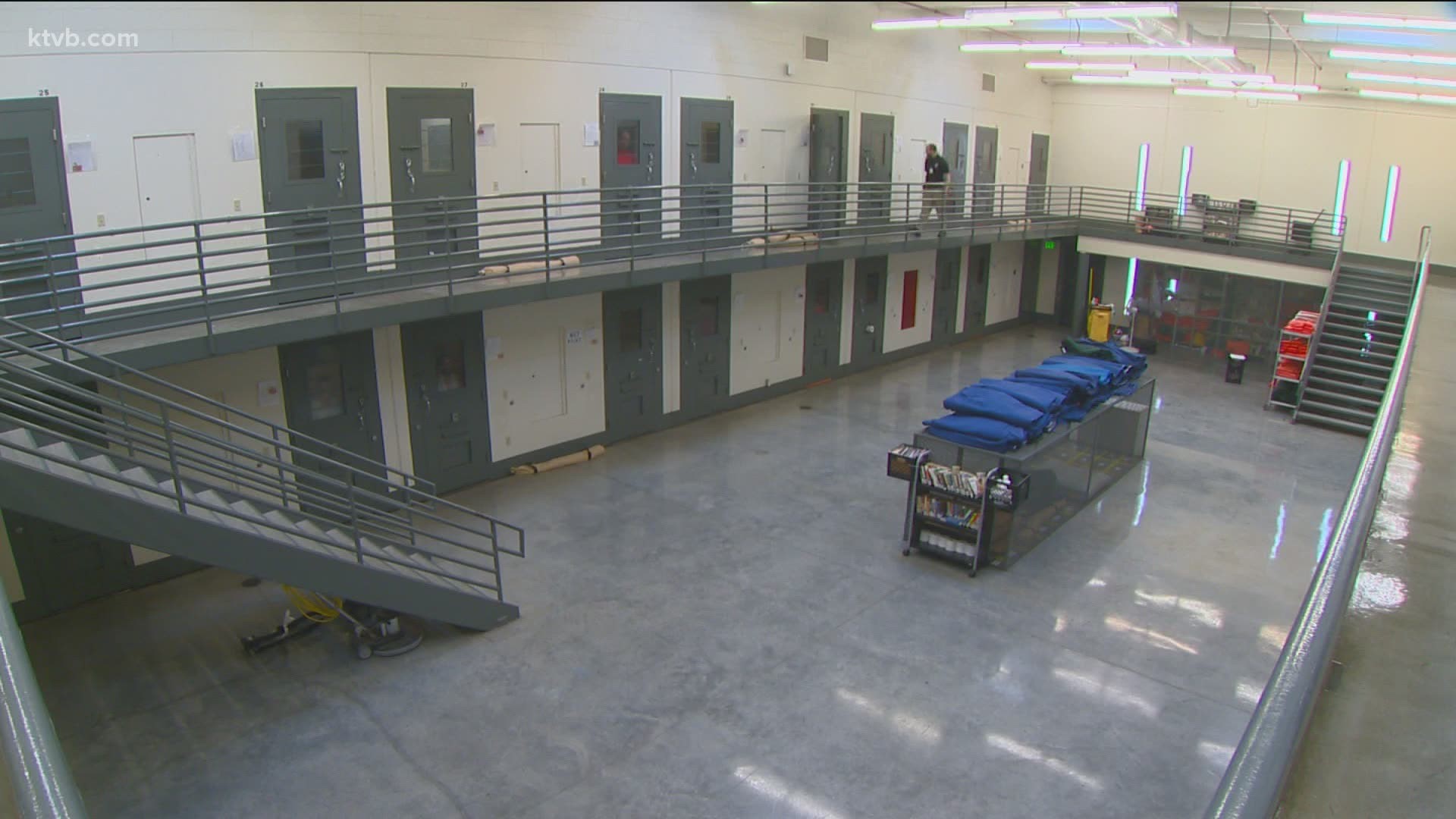 BOISE, Idaho — Throughout Idaho prisons, correctional officers are burned out, overworked, underpaid - and dropping like flies.

A total of 181 correctional officer positions are currently vacant statewide, Idaho Department of Correction human resources manager Mike Evans told board members at a Wednesday morning meeting, and more staff seem to be leaving all the time. Idaho's nine prisons are currently just 76% staffed; that level drops to 74% staffed at the five facilities clustered south of Boise in Ada County.

Those who remain are left to shoulder the mounting burden. Already accustomed to working 12-hour prison shifts, all correctional officers have been subjected to mandatory overtime, officials said, with most picking up at least two 16-hour shifts per week.

Often, those employees have only an eight-hour turnaround time to eat, sleep, shower, and see their families before they need to clock back in at the prison, according to IDOC Director Josh Tewalt. Frequent, unexpected shift changes - because a colleague is sick, or quit, or is too exhausted to come in - only add to the chaos.

"When there is that much uncertainty in your work schedule, it is hard to have a life outside of work. It's hard to plan things with your family," Tewalt said. "It's hard to be there for your kids. It's a really tough environment for those folks."

It's not just staff who are feeling the squeeze.

At several facilities, visitation has been curtailed or canceled, and areas have been placed on "secure" status - meaning inmates have to stay in their cell or living pod all day - not because of violence or COVID-19 concerns, the director said, but because there simply are not enough guards to oversee them.

IDOC officials say there is a confluence of factors that account for the department's struggle to hire and retain enough workers.

Perceptions of law enforcement in the wake of "a year of social unrest and turmoil" have taken a toll on morale and recruiting new officers, Tewalt said. But for many IDOC employees, the amount of money they are making amid the rising cost of living in Idaho looms as the largest issue.

As employers around the region from fast food restaurants to hospitals vie to attract applicants, IDOC salaries often fall comparatively short. Starting correctional officer pay at Idaho Department of Correction prisons is $16.75, which was just recently bumped up from $16.50.

That is less making deliveries for Krispy Kreme in Meridian ($17/hour), sorting packages at the Amazon warehouse in Nampa (17.90/hour), working in the kitchen at Panda Express in Garden City (up to $18/hour) loading trucks at FedEx in Boise (up to $19.85/hour) or driving a forklift for Simplot in Caldwell ($21.16.) It's also less than Boise-area IDOC employees can make with a short drive across the state line to Ontario's Snake River Correctional Institution, Tewalt said, where brand-new prison guards earn a starting rate of $22.64.

"We are not competitive with other [Departments of Correction] that are within driving distance of the Treasure Valley," he said.

Dan Moschella, IDOC management services chief, said the department is hoping to offer signing bonuses and retention bonuses to help draw in and keep staff. The Department of Correction is also seeking to attract applicants via radio ads, digital marketing, and career fairs, as well as bringing in a recruitment and retention expert to help develop a new set of "best practices" for keeping employees around, he said.

IDOC officials are eyeing next year's legislative session as an opportunity to ask for an increase in budget that would allow them to raise pay to $18 an hour for starting corrections officers and $21 an hour for probation and parole officers. Under that plan, current employees would also see their pay increased, Tewalt said.

"Money isn't just the answer. There are other factors that make people want to come to work and all that, but we really - what we are seeing now, we understand that we have work to do to be more competitive than the marketplace," he said.