Idaho National Guard to deploy to D.C. for Biden inauguration

The Idaho group will be among a total of 25,000 guard members deployed to the nation's capital to provide security and assist federal agencies. 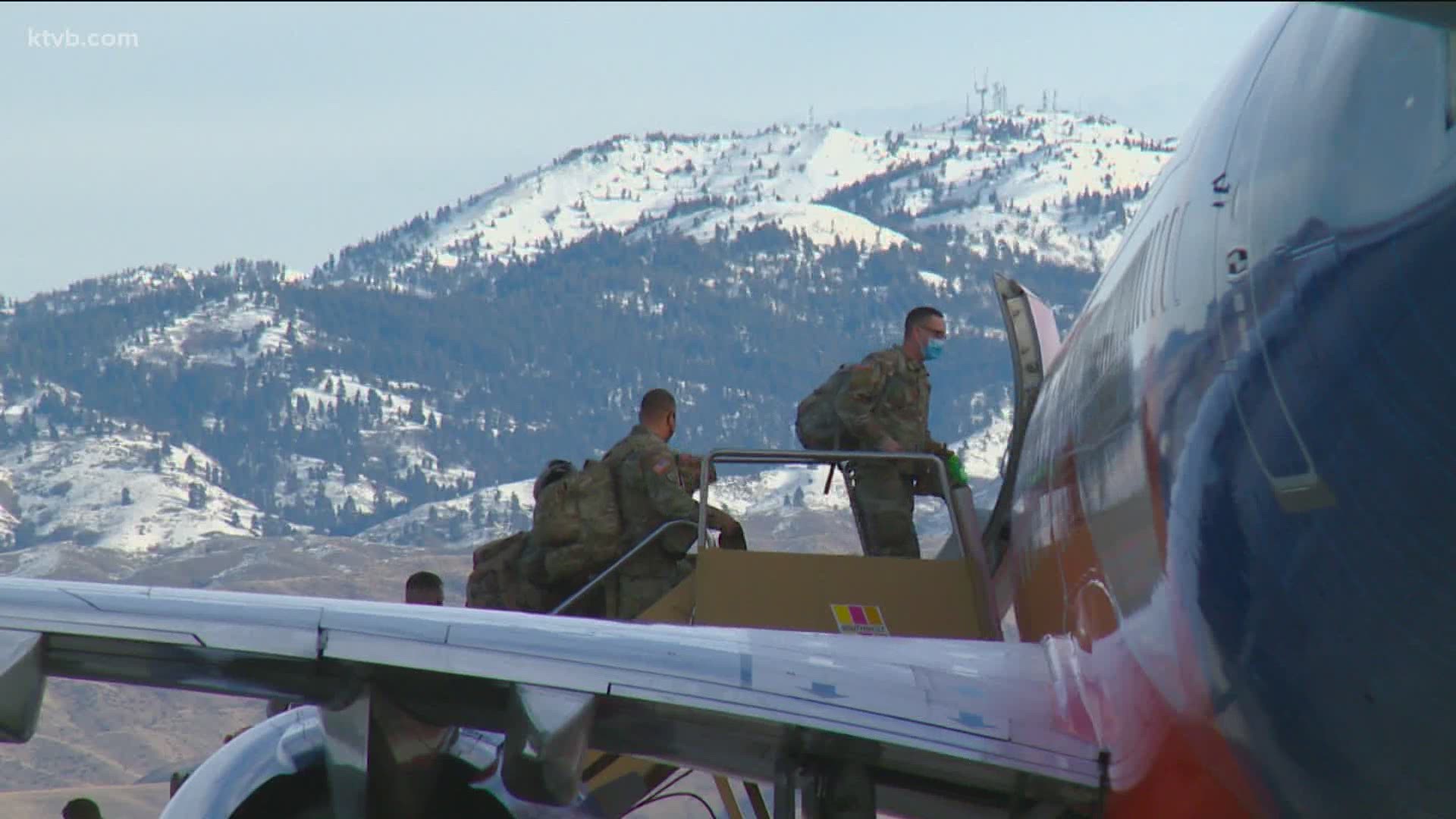 BOISE, Idaho — About 300 guardsmen from the Idaho National Guard will be in Washington, D.C. for president-elect Joe Biden's inauguration.

The Idaho group will be among a total of 25,000 guard members deployed to the nation's capital to provide security and assist federal agencies.

Although the deployment comes on the heels of new reports suggesting further unrest, Maj. Gen. Michael Garshak, adjutant general of Idaho, says that the National Guard has always been present at presidential inaugurations.

RELATED: Inauguration Day 2021: What we know about the plans so far

"The National Guard has participated in every presidential inauguration in our nation's history," he said. "It is an honor to be a part of the tradition of ensuring the peaceful and orderly transition of national power; an act that separates us from many other countries across the world."

The Idaho guardsmen will depart from Gowen Field in Boise and travel on military and contracted aircraft to D.C. Their roles will include assisting the Secret Service, security, communications, medical, logistics, and safety support.

According to the Idaho National Guard, a plan had been in place for about a month to send about a dozen guardsmen to D.C. for the inauguration. The increase in numbers came after a new request to provide additional support.

The 300-odd members, who represent about six percent of the Idaho National Guard force, do not include any of the guardsmen already activated to provide COVID-19 response support in Idaho.

The Idaho National Guard last sent members to Washington, D.C. last summer amid Black Lives Matter protests. About 400 guardsmen from Idaho were called up for that deployment.