The three experienced pilots had lost sight of the mountains around them in the thick fog, and were flying by instruments alone when the helicopter went down. 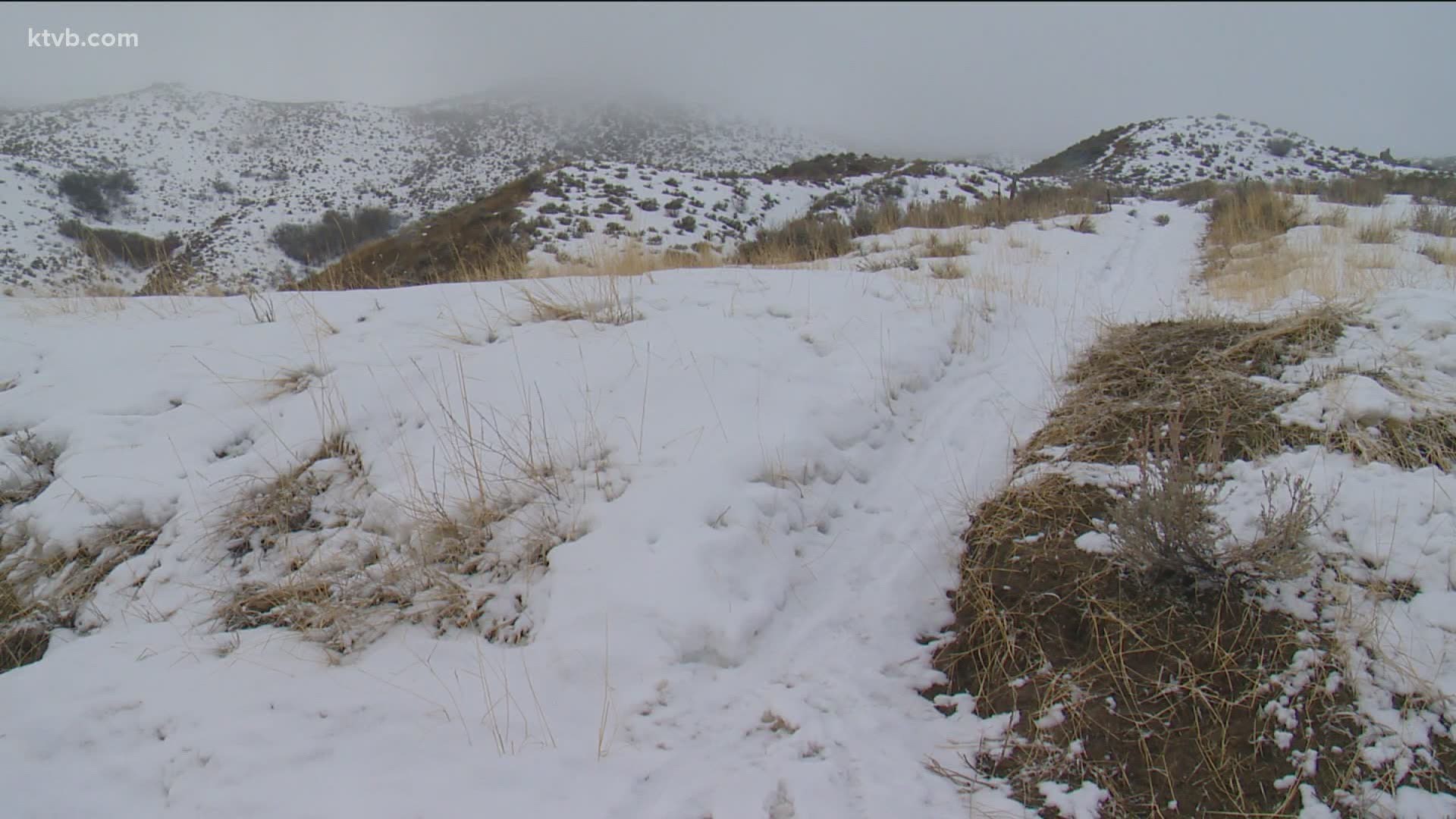 BOISE, Idaho — Three Idaho National Guard pilots killed in a helicopter crash last month had lost visibility with the mountains around them in the snow and fog, and were flying by instruments alone when the Black Hawk went down, officials say.

According to the initial findings of the investigation, human error and environmental factors caused the crash. There were no mechanical failures, according to the Idaho National Guard.

State aviation officer Col. Christopher Burt said there are "inherent risks" that come with the job of being on a helicopter crew.

"As an aviation community we will never get over this great tragedy, but we will get through it," he said. "Our mission does not stop, and we must honor our fallen brothers by safely carrying on with that mission."

The flight was supposed to be routine training - a chance to get more experience flying in mountainous conditions like what Idaho National Guard pilots might be dealing with in a search-and-rescue situation. Laubhan, Peltzer and Anderson took off from Gowen Field at 6:50 p.m. Feb. 2 after hours of checks, route planning, crew briefings, weather assessments, and other preparations.

Laubhan, as an instructor pilot, was sitting in the left front seat of the Black Hawk. Peltzer sat to his right, while Anderson, the most experienced of the three, took the crew chief station behind Peltzer on the right side of the helicopter.

The trio performed a few maneuvers at the assault airstrip a mile from Gowen Field, then headed out to the Danskin range.

"During the flight, the crew reported no anomalies with the flight or with the aircraft," Burt said. "After all evaluation tasks were complete, the crew reported at 7:45 p.m. that operations were normal and they were returning to Boise. This call would be the last communication we had with the crew."

The guardsmen were headed home when the weather began to rapidly deteriorate. Dense fog rolled in, obscuring the view from the Black Hawk.

The pilots could no longer see the ground, or the mountains rising around them. Burt said they switched to instrumental meteorological conditions, or "inadvertent IMC" - flying only with aid from the instruments inside of the helicopter.

"As helicopter pilots, one of the most difficult and dangerous emergency procedures that we can be exposed to inadvertent IMC," he said.

Lt. Col. Nicole Washington, commander of the 183rd's Assault Helicopter Battalion, likened the condition to an athlete running hurdles on a familiar track when the room suddenly plunges into darkness as he approaches the last jump.

"Power goes out and it goes completely dark, it takes about five seconds for the backup to really realize where that obstacle is," she said.

Peltzer was in control of the helicopter at the time. He called out that he had lost all sight of the surrounding area. Laubhan, the instructor pilot and the pilot in command, took over the controls.

They tried to climb, in an effort to clear the unseen ridgeline. It didn't work.

Just after 8 p.m., the Black Hawk hit the side of a mountain in a remote area near Three Point Mountain, destroying the helicopter and fatally injuring everyone on board.

"The crew had only 14 seconds from the time the crew initiated inadvertent IMC procedures to the time the aircraft impacted the ground," Burt said.

The Idaho National Guard was notified that an emergency beacon had been activated on the helicopter, and launched an immediate search and rescue effort. A ground team reached the crash site at 12:13 a.m., confirming that no one had survived. 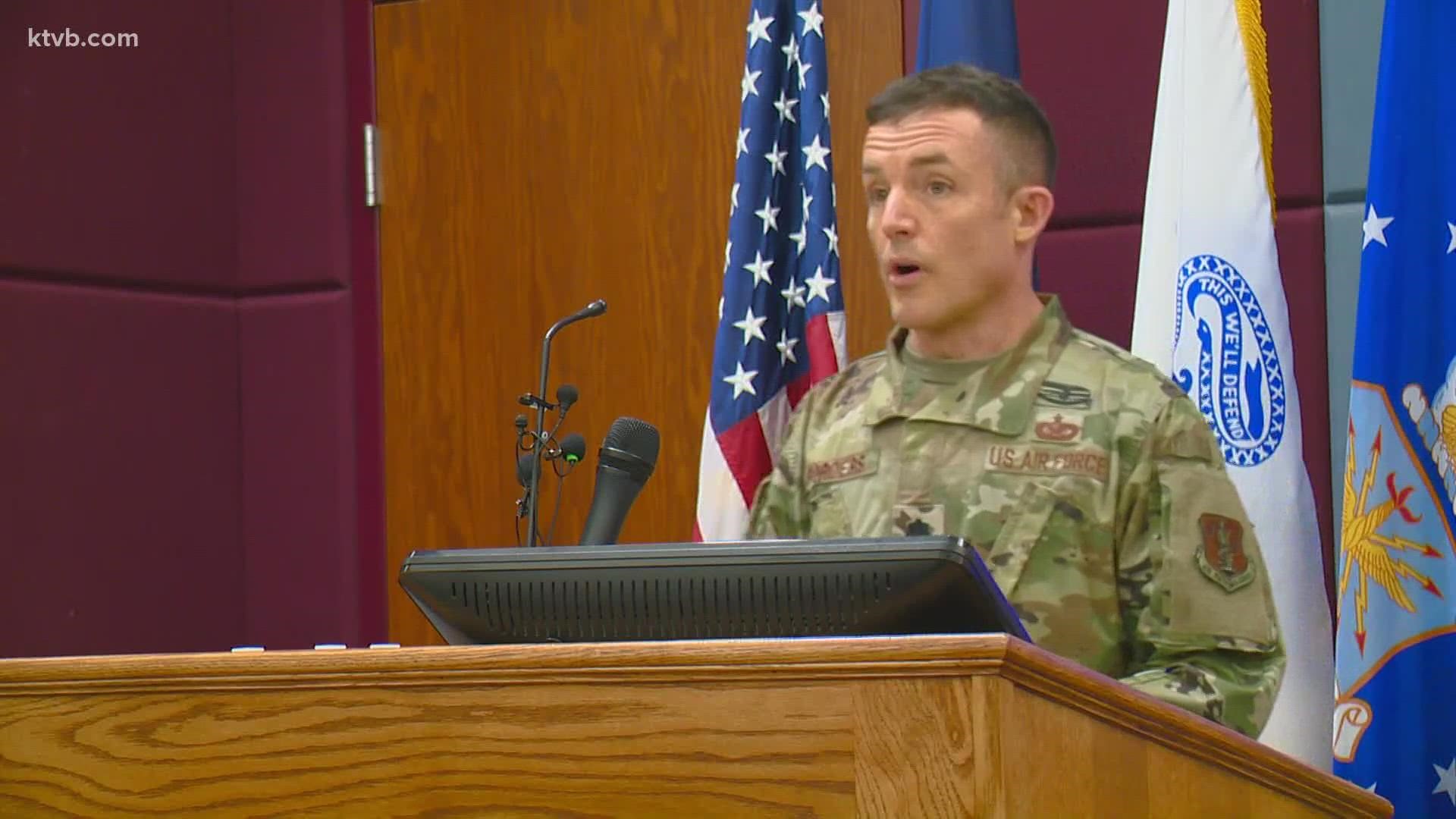 Burt said the investigation had found that there had been no mechanical factors in the crash: Everything on the helicopter was functioning properly, and all inspections and required maintenance were current.

"Although weather played a significant role, the primary cause of the accident was the crew's inability to successfully complete the emergency procedure for inadvertent IMC," he said. "I would like to be clear, that even though CW 3 Laubhan assumed control of the aircraft, it is abundantly evident that they all continued to work together as a crew."

She added that the Guard trains for loss of visibility procedures frequently.

"Going forward, if there is anything we can take from this as a learning mechanism, it will be as leadership, and as instructor pilots and standardization pilots of the aviation community," she said. "Look for ways to better train our air crews to decrease the amount of reaction time to increase the survivability from such an instance."

The full investigation is still underway.

Gov. Brad Little ordered that flags be flown at half-staff in honor of the fallen pilots, and the National Guard held a ceremony to memorialize them last month.

"I continue to have full confidence in our air crews and in our flight program," Burt said. "The motto of the National Guard is always ready, always there. This is a motto that Jess, Geoff, and Matt believed in with all their hearts. In honor of them, we will continue with our mission to always be ready. And to always be there."