'Idaho is a great place to host this': World kayaking championships hit the Payette River

Kayakers from more than 18 countries are competing in this year's race. 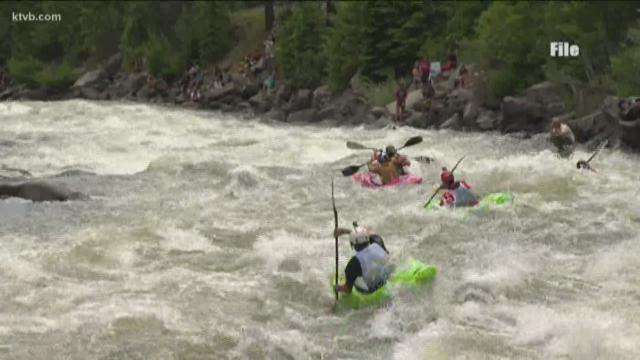 It's considered one of the most extreme kayak races in the world and it's happening in Idaho this weekend.

The North Fork Championships take place on the Payette River every year. But this year, the 8th annual NFC will also be the home of the world kayaking championships.

Qualifying races started on Thursday to see who moves on to the semi-finals.

Those involved with the race said it's huge for Idaho to be able to host the world championships.

“For Idaho to be able to host an event of this size and this caliber is actually pretty mind blowing,” said Ryan Bailey, who has worked with North Fork Championships for several years. “To host the world championships of kayaking is sort of like the Olympics of whitewater, extreme whitewater, worldwide so that’s a pretty big deal.”

Regan Byrd, one of the co-organizers of the event, said Idaho's rivers are ideal for this type of competition.

“Idaho is nicknamed the whitewater state," Byrd said. "It’s not its official title but it has more miles of whitewater than any other state, which is pretty unique. And all accessible – not often roadside, and that’s what’s great too is some of them are in the wilderness. So Idaho is a great place to host this.”

This year's competition features more than 180 athletes from 18 countries, including the U.K., Germany, Italy, Argentina, Austria and several more.

The kayakers said the conditions on the Payette are tough.

“Here, it’s a combination of a very stacked field of competitors," said Valentin Gutierrez, from Argentina. "And the heart of the whitewater is a class 5 river so you’re not only looking for time but safety at the same time.”

Many of the international kayakers traveled long distances to compete. Michele Rimatta said it took him three days to get here from Italy and he wasn't disappointed when he hit the water.

“This river, especially the North Fork, has always been one of the best rivers in the world to run a race," Rimatta said. "It has a really big volume, really a lot of power in the rapids.”

Also new this year is a women's division. Previously, women have been allowed to compete in the NFC but have not had their own division. Around 20 are signed up to hit the rapids.

“I don’t think I’ve encountered any other whitewater section like this where it just goes on and on and on," said Mariann Saether, a female competitor from Norway. "It really continues with no eddies and that’s a unique feat.”

The NFC kicked off with a Whitewater Awards ceremony Thursday night at the Egyptian Theater in downtown Boise. The awards honor the entire kayaking industry and give awards in several different categories.

All in all, competitors are thrilled to be in the Treasure Valley and take on the challenge the Gem State has to offer.

“This is a dream for me to be here with the best kayakers in the world,” Gutierrez said.

Races continue through Saturday with the finals. A full schedule of events for the championship can be found on NFC's website.

RELATED: Crews torch logjam on the  Payette River: 'This is the first step in us dealing with it'