"Sagebrush in Prisons" is a program making a difference in fire rehabilitation and building the spirits of female inmates. 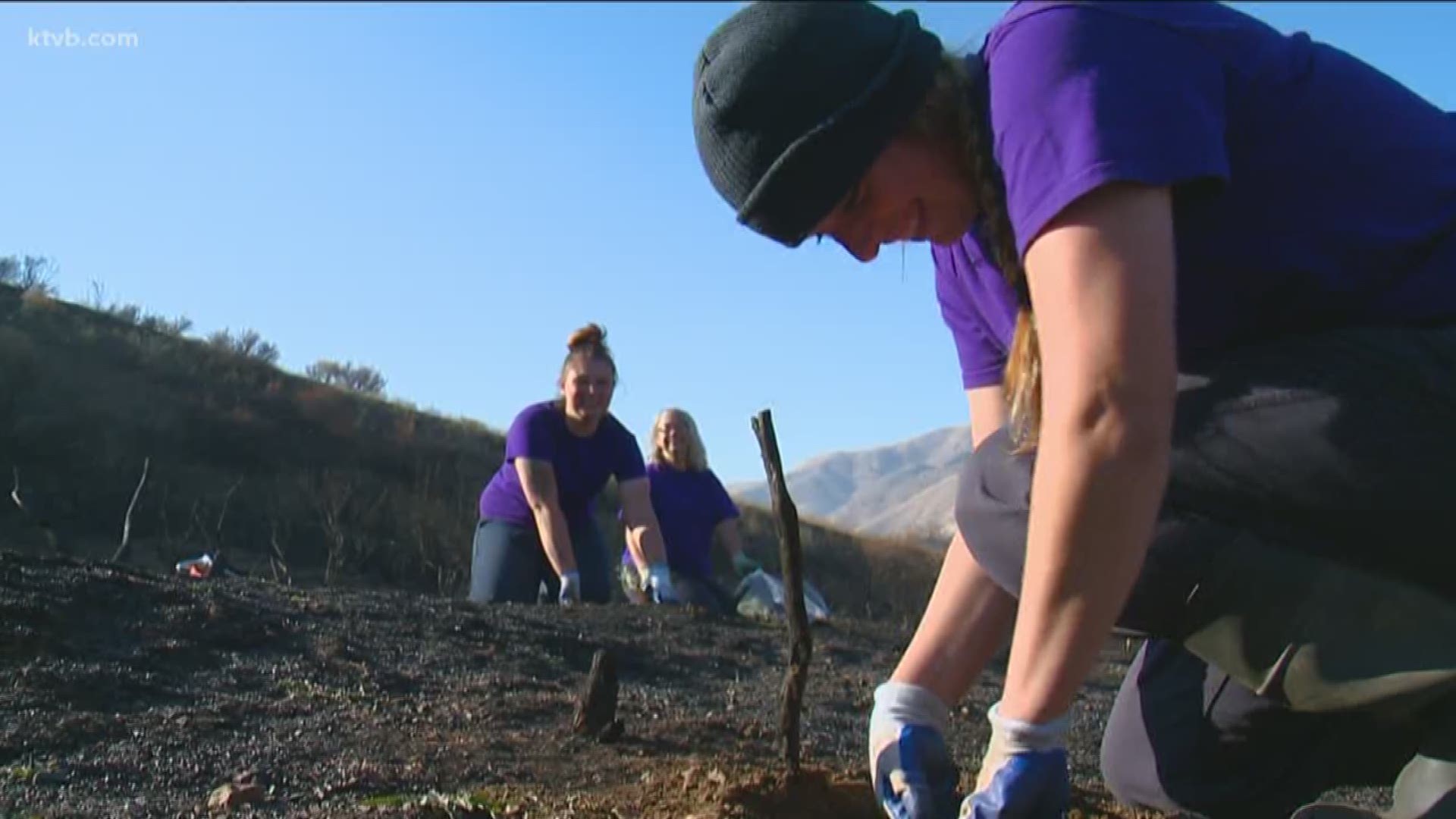 BOISE — Idaho inmates are helping restore our habitat while being incarcerated. They have been growing sagebrush seedlings and then planting them in burned areas.

This year dozens of inmates from South Boise Women's Correctional Center seeded 30,000 containers with sagebrush seeds. The program called "Sagebrush in Prisons" has been going on in Idaho since 2015. This year was the first time inmates actually got to plant the seedlings.

Dozens of inmates could be seen near Lucky Peak Reservoir on Thursday morning. They were at the site of the Mile Marker 15 Fire that burned over the summer.

"So what we're doing out here today is we are planting the sagebrush babies," inmate Cheryl Anderson said.

Anderson is one of about 60 inmates taking part in the sagebrush rehabilitation program.

"We brought out about 600 sagebrush seedlings today," said Nancy DeWitt with the Institute for Applied Ecology.

The Institute for Applied Ecology is a partner of the "Sagebrush in Prisons" program, along with the Bureau of Land Management and the Idaho Department of Correction.

"This is the first year that we've actually been able to bring the inmates out to help plant," DeWitt said.

The Idaho Department of Fish and Game decides where the help is needed most.

Sagebrush was wiped out in the area where the Mile Marker 15 Fire burned, according to Fish and Game biologist Michael Young.

"It doesn't grow back easily," Young said. "This is a really important area right now for mule deer. We have upwards of 7,000 deer that winter in this area."

Wildlife need the sagebrush for food, but most importantly for the cover it provides.

"When it gets cold and snowy we all go into our homes and warm up," Young said. "The deer lay under the sagebrush and it helps them conserve their fat resources which helps them make it through the winter."

He says the planting done by the inmates is important and appreciated. It's also rewarding for the inmates.

"It's huge for us to see the project all the way through to the end," Anderson said. "Basically, we're giving back to the community, maybe part of what we took. It makes me feel amazing."

Each inmate who participates in the program receives a certificate recognizing their new skills and knowledge in horticulture.