Damages are still being assessed, but a spokeswoman says a wall will have to be torn down to begin repairs. 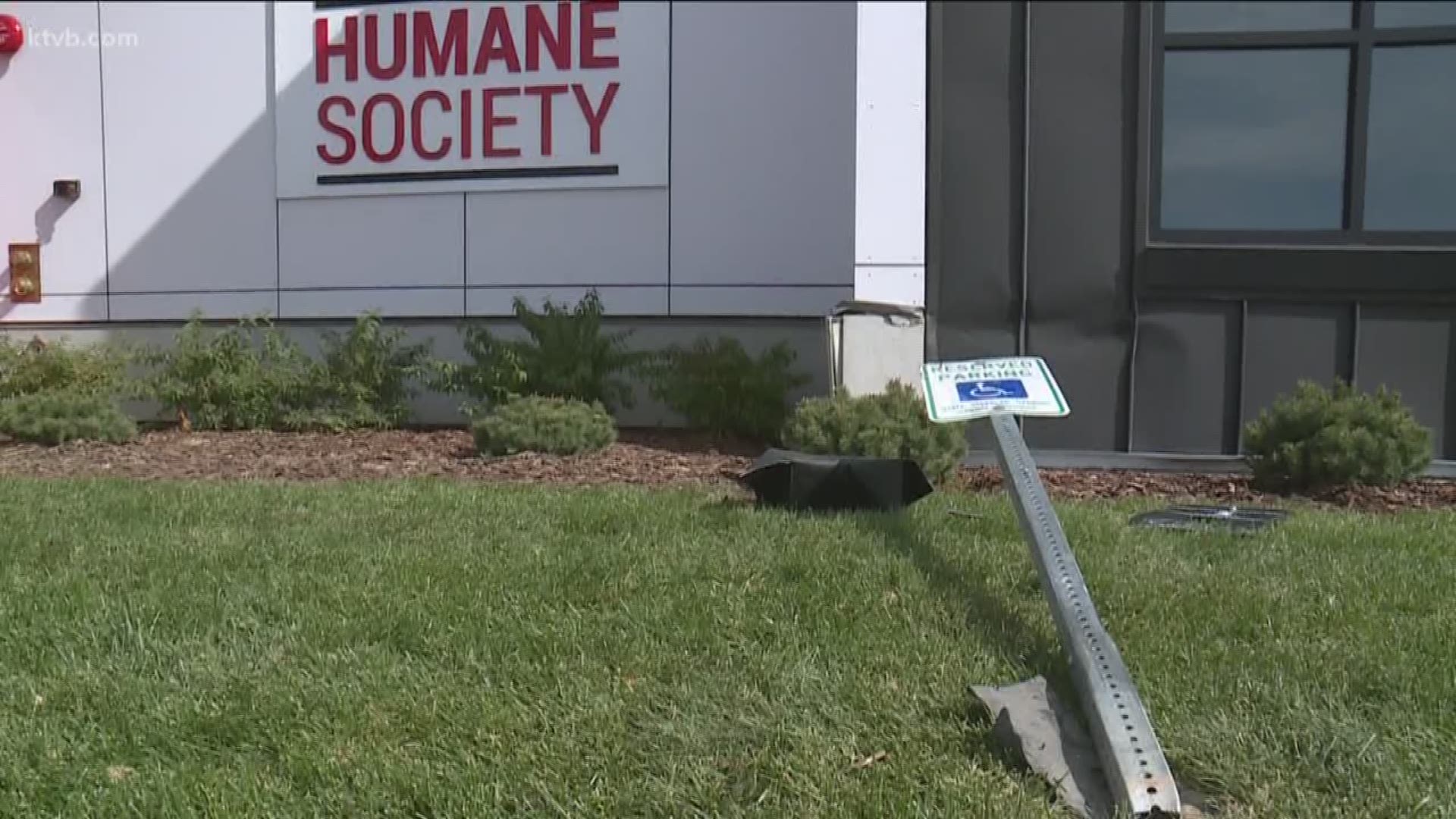 BOISE, Idaho — The Idaho Humane Society is delaying the opening of its new shelter in Boise after someone hit the front to the building with a vehicle and caused structural damages.

We are told the driver hit the gas instead of the brakes. The driver was not injured. The person’s name has not been released.

"We have officially delayed opening our new shelter and veterinary medical center. We were really looking forward to opening our doors, but due to unforeseen circumstances, we have pushed back our opening date,” said Kristine Schellhaas, Communications Manager for the Idaho Humane Society.

Damages are being assessed, but they will have to take down a wall in order to begin repairs.

Schellhaas says the sum of these issues will cause “significant delay” before they can open the state-of-the-art-facility. It was scheduled to open later this month.

Meanwhile, the humane society will still be operating at its current facility on Dorman Street in Boise.

The new 42,000 square-foot animal care center is located on Overland Road between Cole and Maple Grove, near Walmart.