The Centers for Disease Control now tells consumers to avoid all types of romaine lettuce, not just chopped, coming from Yuma, Ariz. 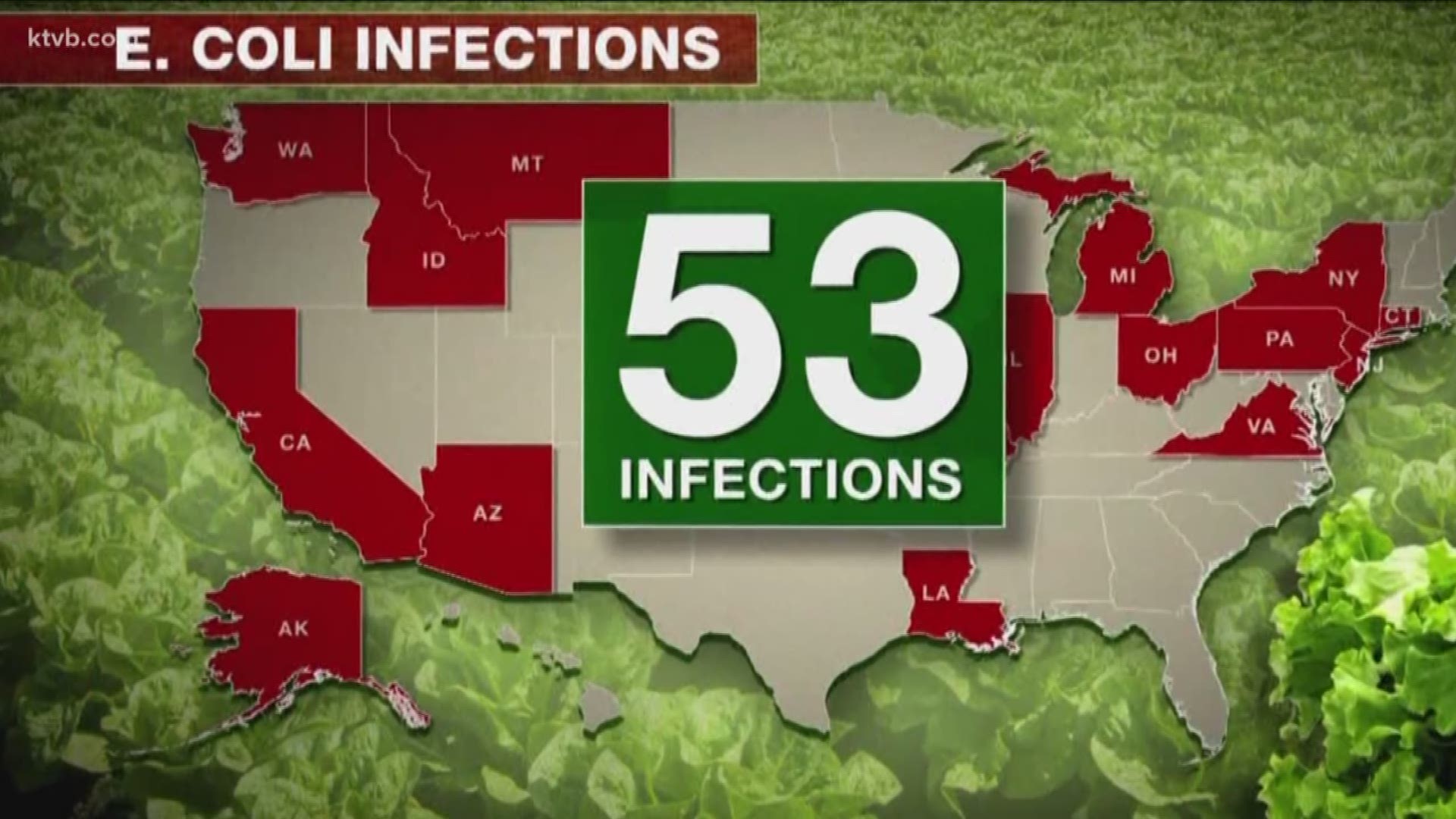 BOISE- The Centers for Disease Control is now expanding its warning about the E. coli outbreak connected to romaine lettuce.

The agency is now telling consumers to avoid all types of romaine, not just chopped, coming from Yuma, Ariz.

The CDC says the E. coli outbreak is spanning 16 states, including Idaho. So far, they say 53 people have become ill - and 10 of them are from the Gem State.

"Three of the 10 are hospitalized,” said Leslie Tengelsen, PhD, DVM, epidemiologist with the Idaho Department of Health and Welfare. “Two of the 10 have severe kidney problems due to this infection."

Health and Welfare says this strain of E. coli, called o157h7, can lead to kidney failure. Other symptoms include cramps, vomiting and diarrhea.

"Typically, people will become ill three to four days after they eat a contaminated product,” Tengelsen said. “Now a lot of times people will recover on their own within about a week or so."

However, with a chance symptoms can be life-threatening, health experts are warning people to be cautious before eating romaine. They’re urging consumers check where the lettuce is from, which can usually be found on the bag.

But what about ordering a salad at a restaurant? Brent Giroux, the general manager of Old Chicago in downtown Boise, says his restaurant and others have a protocol for this type of situation.

He says once health officials found the contaminated lettuce was from Yuma, his restaurant made sure all their romaine was purchased from California.