Improvements to business, government and personal cybersecurity defense are just some of the goals for the 19-person task force. 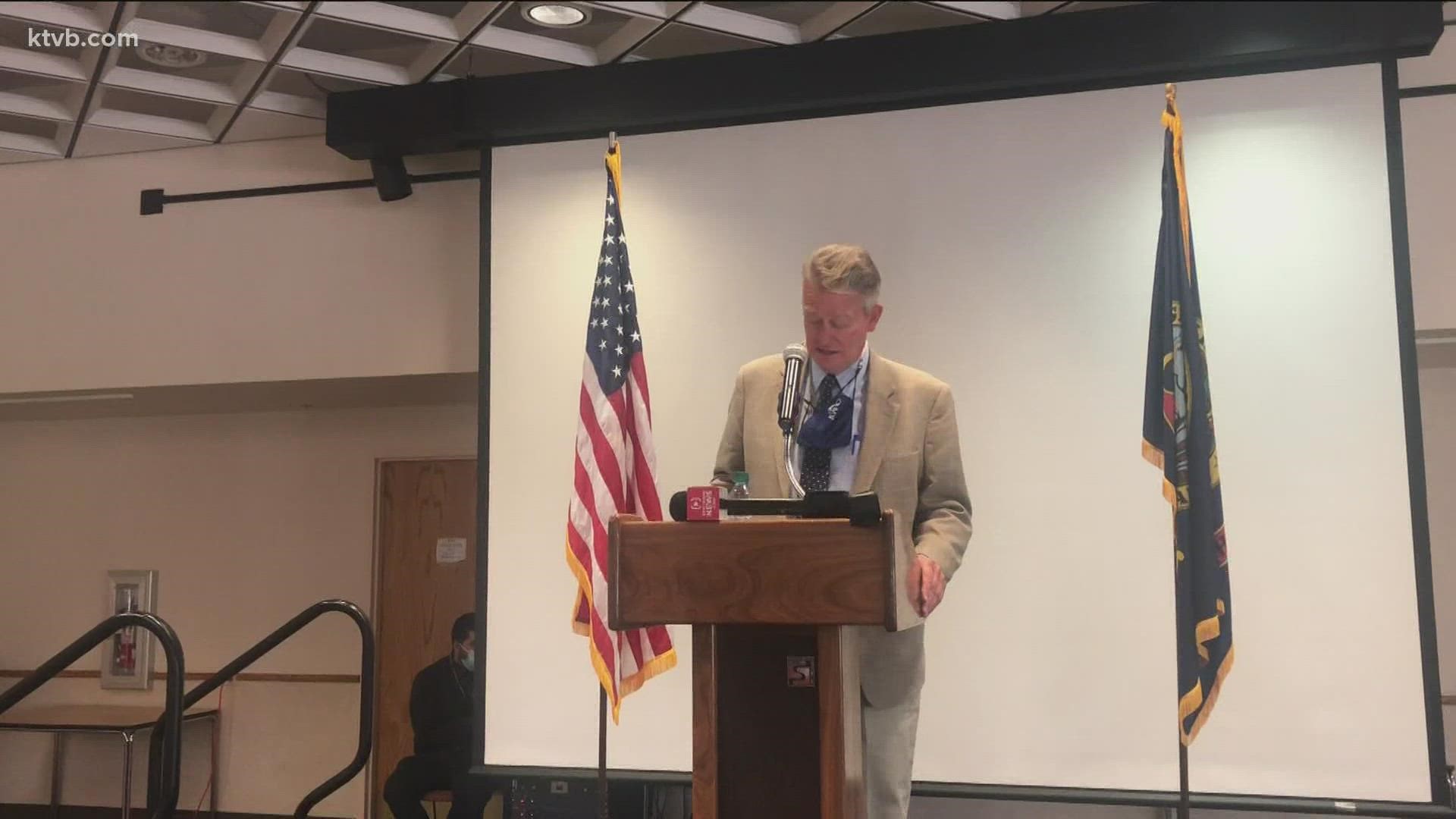 BOISE, Idaho — After previously indicating that cybersecurity is one of his top priorities at the State of the State address, Idaho Governor Brad Little is making some action. On Thursday, Little announced the formation of a new task force to advance cybersecurity initiatives in Idaho.

"We’ll need increased resources, partnerships and active collaboration between a broad range of organizations to successfully protect from ever-growing cybersecurity threats, and I’m confident my Cybersecurity Task Force is up to the task,” Gov. Little said in a press release.

Improvements to business, government and personal cybersecurity defense are just some of the goals for the 19-person task force. They will figure out cybersecurity assets, resources, and public-private partnerships across Idaho.

Among boosting cybersecurity altogether around the Gem State, election integrity and security are at the top of the list for the team.

“I’m also asking the task force to find new ways to protect Idaho’s election infrastructure because fair and free elections are a hallmark of Idaho’s proud representative democracy and the expectation of every Idahoan," Little said.

Someone who focuses heavily on cybersecurity and elections is the Ada County Clerk, Phil McGrane. He said ever since the 2016 election, cybersecurity and the topic has received a lot of attention, both nationally and across the state.

"We were actually very fortunate to get ahead of some of the cybersecurity issues here in Ada County because that was the year we rolled out our mobile voting unit," McGrane said.

Rolling out the platform forced McGrane and others with the Ada County Clerk's Office to think about how to keep it secure.

"We actually have contracted now for both general elections to have a cybersecurity firm and do some testing of our situations," McGrane said.

Ada County also works alongside the Ada County IT department to check for vulnerability and incorporates its own protocols. The voting system and equipment Ada County uses are never connected to the internet.

McGrane said not being online is one of the easiest and best ways to ensure security. When the County reports results, election officials will use a different computer to upload them to make them publicly available.

Ada County also utilizes partnerships with the Secretary of State's Office and other county clerk's offices around Idaho to train in cybersecurity safety measures.

"The Secretary of State's Office has implemented and used grant funding from the federal government to both implement training and to provide equipment to the counties," McGrane said.

McGrane is excited for the newly announced task force because it shows the governor's commitment to improving cybersecurity in Idaho, which he believes is the right step to beat the potential increase in cyber threats.

Something he expects to see come out of the task force is ensuring agencies and offices will have more resources to stay up to date with cybersecurity.

Technology is constantly evolving and that forces agencies to have to reinvest more and more money in their systems. McGrane said it brings on the need for another layer of protection.

"Looking at how at the state level can the state provide assistance so that we're not reinventing this 44 times for every county or 200 times in cities, but that we're actually working collectively together to do everything to protect the state," McGrane said.

The task force will meet four times between August 19 and November. They will then give a set of recommendations to Governor Little by early next year.