Idaho gas prices jump 20 cents in a month, biggest increase in US

AAA says rising crude oil prices are pushing up the price at the pump. 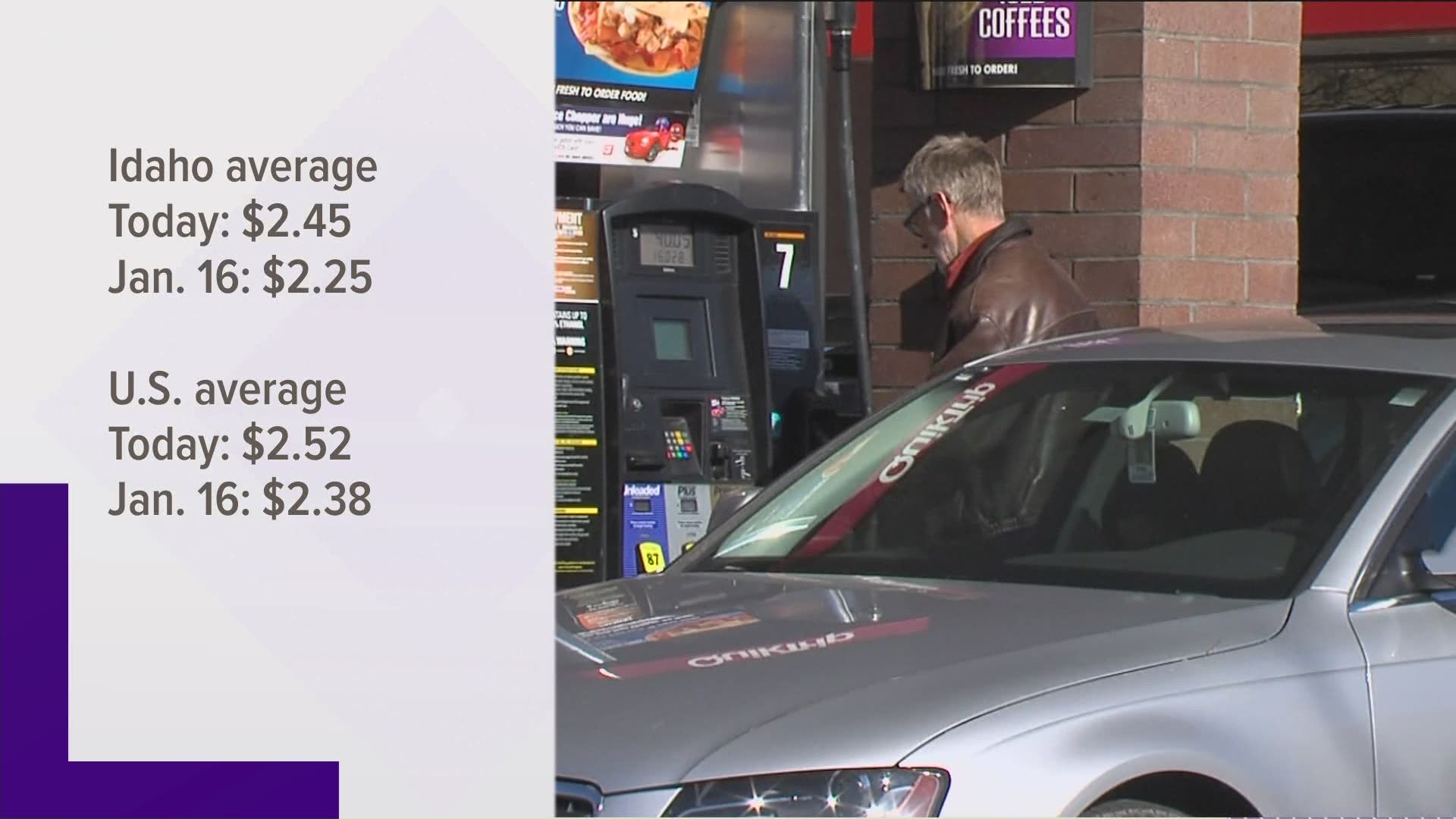 BOISE, Idaho — Idaho gas prices jumped 20 cents in the past month. That is the biggest increase in the country, according to AAA Idaho.

Drivers in the Boise area are paying an average of 34 cents more per gallon than they did at the end of 2020.

AAA says rising crude oil prices are pushing up the price at the pump.

However, drivers are paying less in the Gem State than in much of the country. The nationwide average is $2.52 a gallon. It has increased by 14 cents in the past month.

Crude oil accounts for half of the price at the pump. And despite low demand, the price has climbed from $12 a barrel on New Year's Day to almost $60 a barrel now.

"There is strong market optimism that COVID-19 vaccines will help restore economic activity and bring some demand for fuel back online, but right now, demand is pretty modest - just 7.7 million barrels per day," said AAA Idaho spokesman Matthew Conde.  "If we see higher crude oil prices over a sustained period of time coupled with a spike in gasoline demand as the warm weather returns, that could pack a serious punch for the family budget in the weeks ahead."

AAA says freezing conditions have interrupted refinery activity and distribution, which may shrink gasoline supply in some areas.

AAA also says that within the week, oil prices could exceed the highest price from last year.