The decision was made on Thursday due to some seeing the removal of the letters from President Trump as a political gesture. 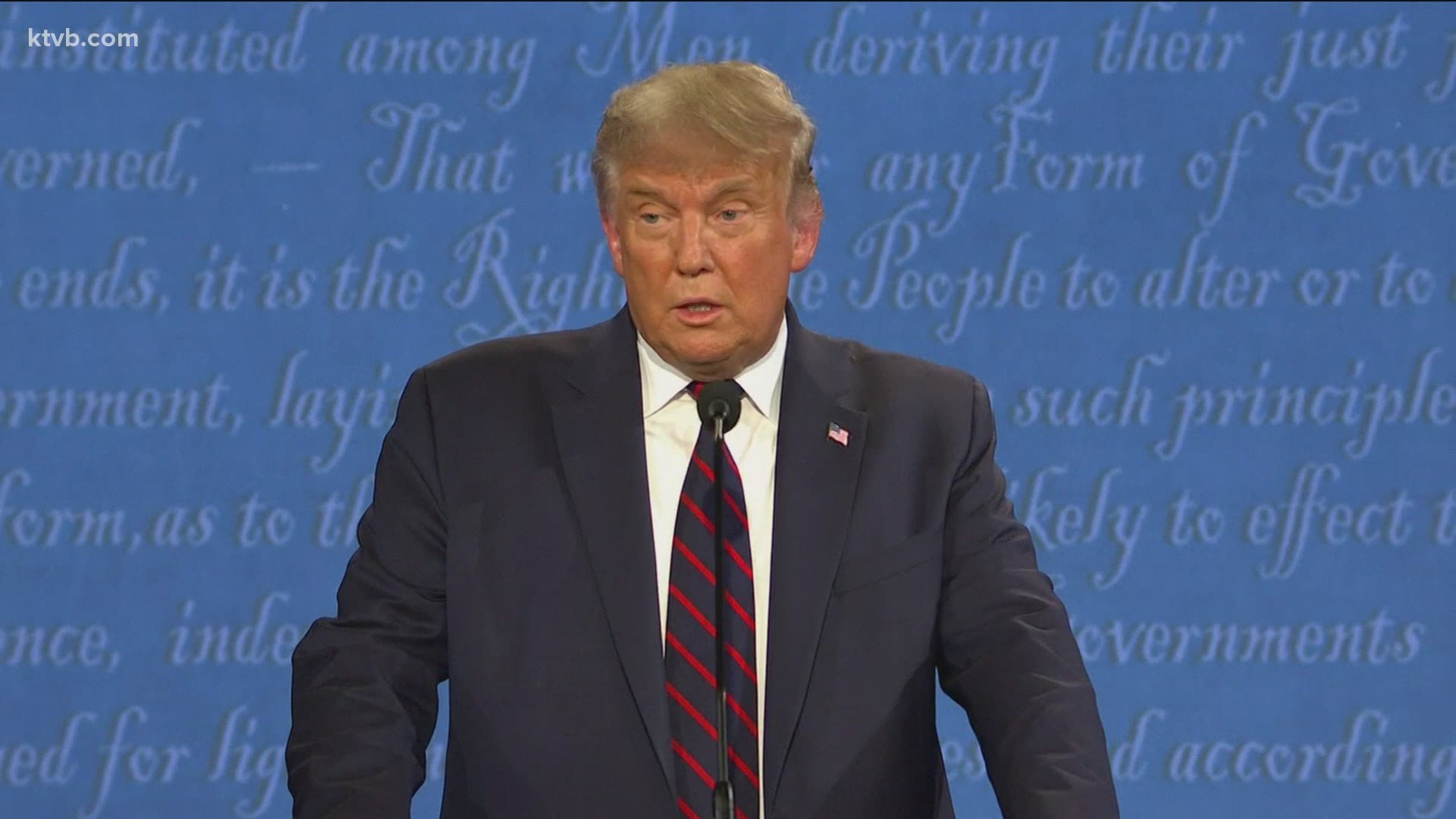 IDAHO FALLS, Idaho — Editor's note: This story was updated to reflect a change from Community Food Basket- Idaho Falls. Removal of the letters will no longer occur, as some viewed the removal as a political gesture. In an effort to refrain from politics entirely, the food bank has decided to keep the letters from President Trump on the food boxes. Only about 10% of all letters were removed.

Contractors for the U.S Department of Agriculture that distribute food through the Federal Coronavirus Food Assistance program were required to include a letter from Trump in each box.

Ariel Jackson, the executive director of the Community Food Basket told KTVB on Thursday that distributors were given the option if they wanted to include the letter or not.

In an effort to stray away from politics during a particularly contentious election year, Jackson and the board at the food bank decided to remove the letters.

She posted about doing so on the food bank's social media.

“Food banks across the nation are taking them out, it’s not like we are the only ones but we may be the only ones in this area that have spoken about it,” she said. “We are a food organization, nonprofit, we didn't want this to be viewed as a political push in any direction and so in an effort to stay completely non-political, we are pulling the letters.”

While some community members and donors saw the move as a political stunt, others were in support of it.

“We’ve gotten some angry calls, some angry Facebook posts, and a lot of supportive ones as well," Jackson said. "And it was actually kind of surprising because this was something that, first of all, had we done this and not told anyone, no one would’ve ever known, but we wanted to be transparent [and] wanted to let people know what we were doing."

Jackson added that she is concerned about how some of the food bank donors will react. After losing 90% of her volunteers and having to feed more families than usual, she said they need their donors now more than ever.

The Community Food Basket - Idaho Falls has been serving all of Eastern Idaho for more than 40 years with no political agenda, just the desire to feed those in need. My desire is that the choice to pull the letters viewed as right or wrong, not tarnish the core mission of this agency. To feed those in need without judgment. The addition or removal of this letter has kicked up the very firestorm we were trying to avoid. In an effort to preserve that core mission and goal of supporting an often silent but significant issue of hunger politically unbiased, I will make every effort to redirect the focus to feeding those in need.