The concern of domestic violence is heightened for those who are experiencing isolation, economic stress and communities most impacted by discrimination. 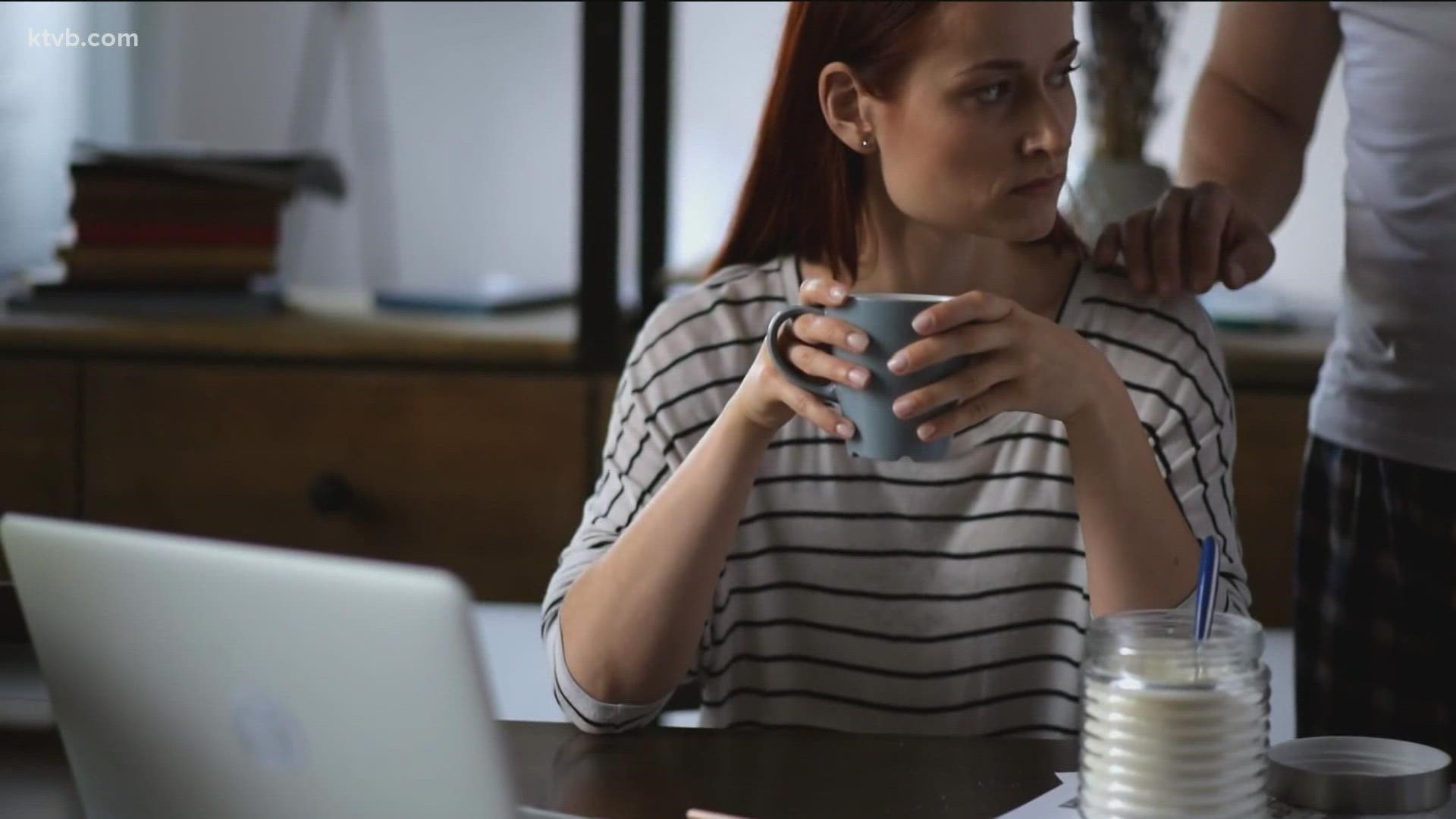 BOISE, Idaho — Over $2.2 million in grants have been awarded to domestic violence victim groups in Idaho. Acting U.S. Attorney Rafael Gonzalez, Jr. said the millions of dollars in grants are part of over $476 million given out nationwide by the Justice Department from the U.S. Office of Violence Against Women.

The money that was awarded went to four different domestic violence awareness groups in Idaho, including the Idaho Coalition Against Sexual and Domestic Violence. Idaho Coalition officials feel this will be helpful in creating better access to marginalized survivors of sexual and domestic assault.

"We really want to do what we can as an organization to change our culture so violence is no longer a common occurrence," said Kelly Miller, the executive director with the Idaho Coalition.

Miller said there has been an increase in domestic and sexual violence in Idaho since the COVID-19 pandemic based on what their community-based groups have seen.

She added that 13 out of 15 domestic violence-related deaths in the Gem State during the pandemic have been by gun violence.

The concern of domestic violence is heightened for those who are experiencing isolation, economic stress and communities most impacted by discrimination.

"The Latinx, Indigenous, Black, trans, queer, people with disabilities and immigrants all experienced disproportionate impacts of violence connected to the history of our country of discrimination," Miller explained.

Miller, who has been with the coalition for 16 years, said it's important for people to recognize what is happening around them, specifically those who face discrimination.

"It's not surprising that when we think of who in our community is most vulnerable, whose most underserved and thinking about domestic and sexual violence we really need to be paying attention by communities most impacted," she said.

The Idaho Coalition has been awarded three grants; the State Domestic Violence and Sexual Assault Coalitions grant, the Training and Technical Assistance grant and the Transitional Housing Assistance grant.

The State Domestic Violence and Sexual Assault Coalitions grant will allow the coalition to be able to put together more victim service activities with partners like law enforcement or tribal communities. Miller said their current focus is increasing awareness and coordination on Missing and Murdered Indigenous People.

"We're hoping to continue our role in being a facilitator and convener of time and space to bring people together," Miller said.

The Training and Technical Assistance grant will allow the Coalition to focus more efforts on educating youth and create more victim services for that demographic. Miller said they will work on listening to younger people's voices and find ways to be innovative to stop teen dating violence.

They have been selected as the national technical assistance provider on the prevention and response to teen dating violence and sexual assault for rural communities.

"My hope for the future is that we all see who is actually in our community and pay close attention, we can create community safety together," Miller said.

The Bingham Crisis Center, the YWCA of Lewiston and Clarkston and the Coeur d’Alene Tribe also received grants.