Idaho dog shot twice after mistaken for wolf: 'Consider not pulling the trigger'

An Idaho family was backpacking in North Fork Lake when their dog was mistaken for a wolf and shot twice. 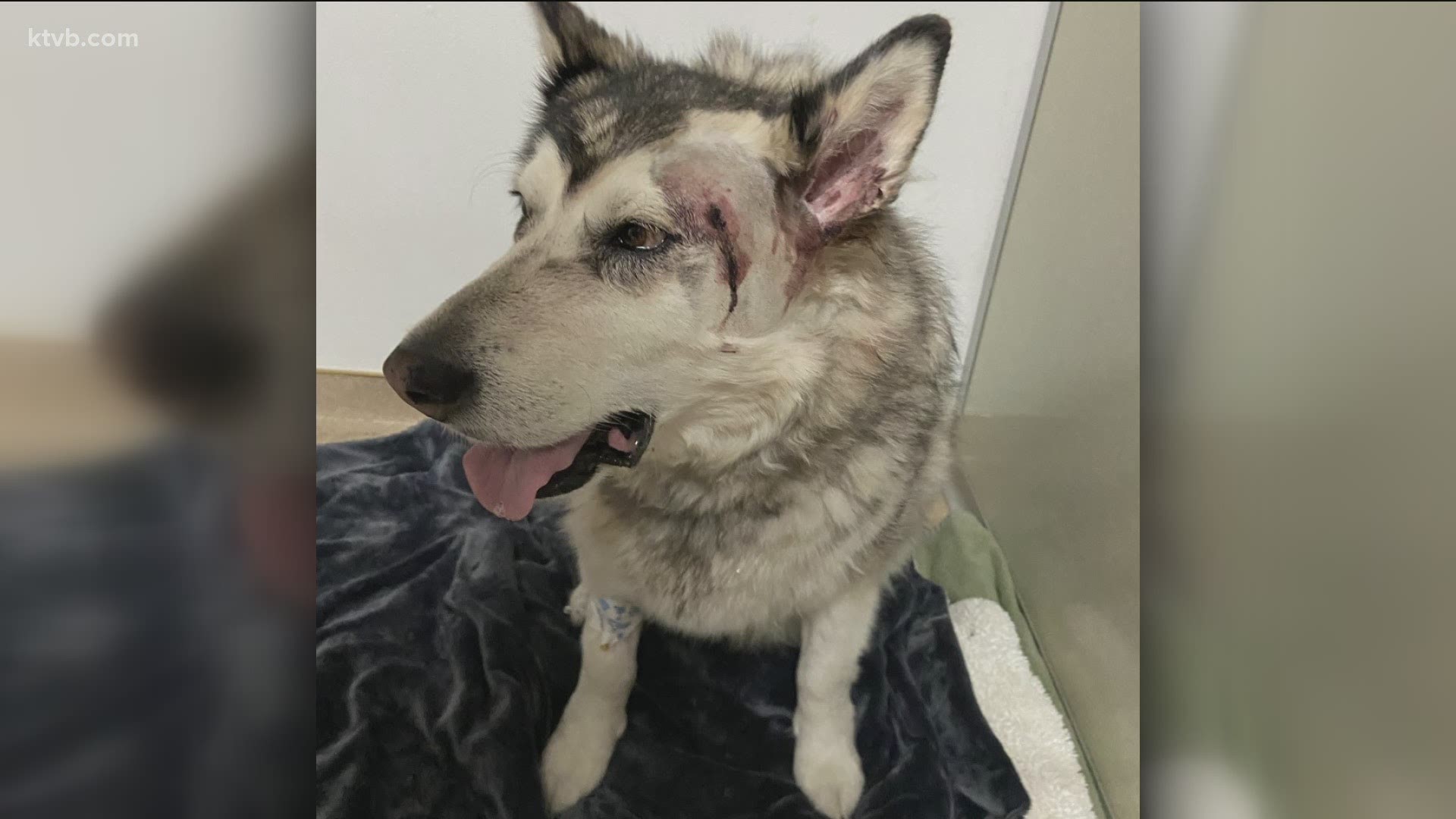 BLAINE COUNTY, Idaho — A Hailey family is asking for people to use caution with their guns, especially in the backcountry, after their dog was shot twice because she was mistaken for a wolf.

Robert Kolb and his 16-year-old daughter, Piper, made plans to backpack around North Fork Lake this past weekend. Kolb said Piper asked if they could make a trip, so he wanted to take her to one of his favorite locations. Tagging along with the father and daughter was their Alaskan malamute, Suki.

"When we got there it was almost dark," Kolb said.

They noticed there were other people around the lake, so they decided to set up their campsite on the other side of the water. Kolb had the plan to stay as far away as they could.

Their family trip was going swimmingly until Saturday morning.

"We woke up to a gunshot and after one gunshot, it was maybe five seconds later and then two quick gunshots," Kolb said.

He quickly got dressed and began calling for Suki, who was outside the tent while they were asleep.

"Before I got both legs out of the tent there were three men who were right there saying, 'Oh my god! I think I shot your dog because we thought she was a wolf,'" Kolb said.

The men told Kolb his dog was still alive. Kolb, confused and angry, immediately went over to the three men's campsite which was about 50 yards away from them, much closer than he originally thought.

"My dog was laying in front of their tent, maybe five feet from their tent," Kolb said. "According to the shooter, he saw her coming from the distance and was running towards their dog."

The shooter told Kolb he fired off a warning shot but Suki continued to approach the tent. He kept telling Kolb he thought she was a wolf.

"He said he closed his eyes and shot two rounds at her from five feet away," Kolb said.

One round went into the side of her left eye and through her back, while the other round took off part of her ear. Minutes later they noticed Suki was still able to walk so they rushed her to a nearby town and got help.

"She's probably going to recover," Kolb said. "The shooter did pay for the vet bill and he showed remorse. It just blows me away that somebody could think a dog running to their tent could be a wolf."

Kolb and Piper said Suki has a collar on and tags that make a lot of noise whenever she moves. They also add they don't think a lot of people would mistake her for a wolf.

"She's a really overweight dog and we've been told by the vet she's obese," Kolb said.

Kolb and his daughter call the whole incident very traumatic but they feel lucky that she is still alive. They also feel this incident will leave a lasting mark on the shooter.

With Idaho's year-round wolf hunting season, they worry other people and dogs could fall into the same situation. They ask for people to think before they pull the trigger.

"Maybe Suki would be okay, maybe half of her face wouldn't be paralyzed, maybe her vertebra would be totally intact, maybe there wouldn't be shards of metal that they couldn't get out," Piper said.

Kolb's advice to other dog owners is just to be prepared if they take them into the backcountry. He plans on marking Suki even more the next time they go backpacking.

However, the family still has hopes more people will realize the importance of wildlife identification and assessing a situation before using a firearm.

The Kolbs have filed a report with the Custer County Sheriff's Office and have not pressed any charges against the shooter.