The fire broke out near the Avimor subdivision and quickly grew to more than 200 acres. 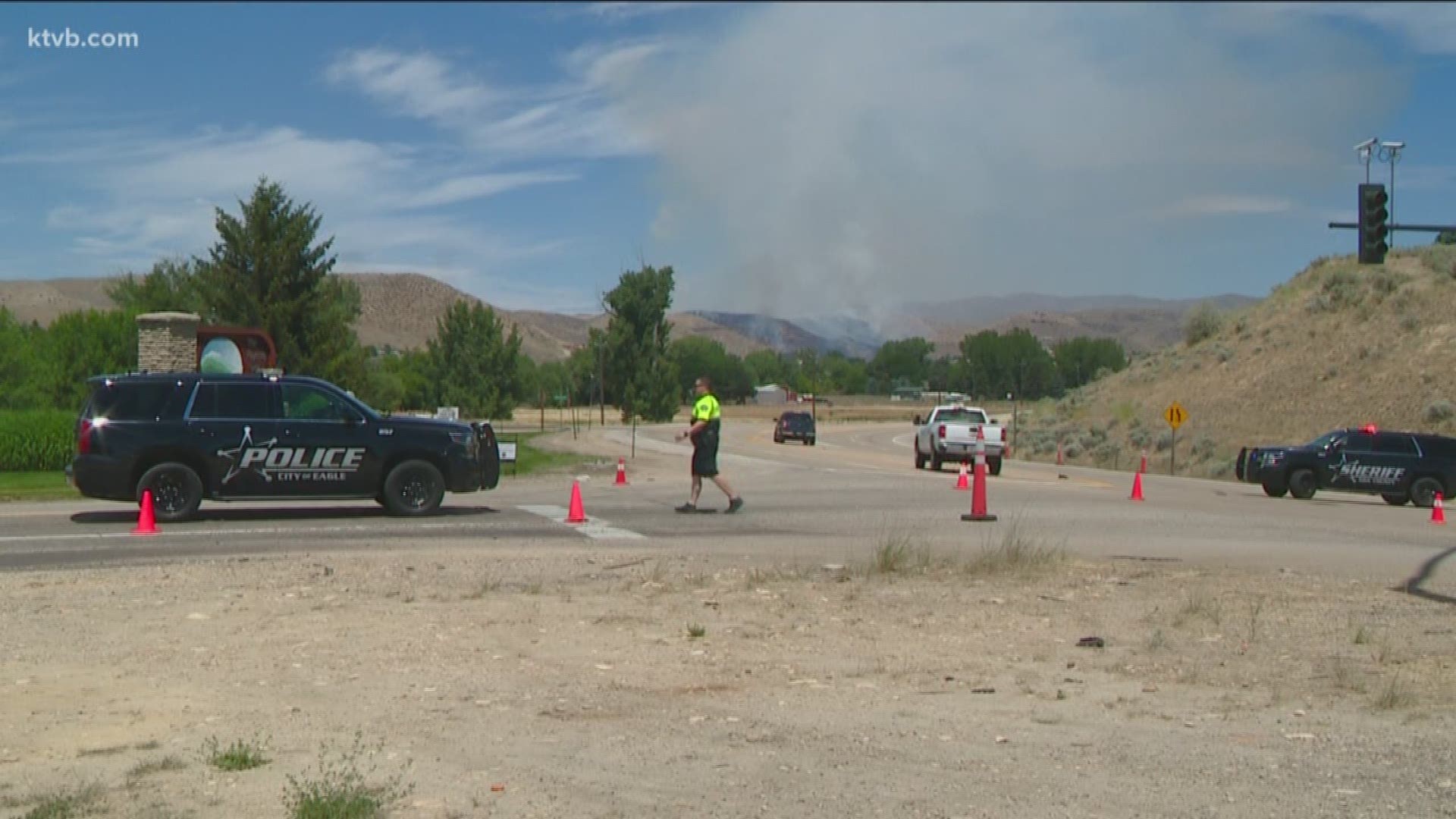 EAGLE - A grass fire forced the closure of a section of Idaho 55 for about nine hours on Sunday, one of the busiest travel days of the summer.

Both lanes were shut down shortly after 2 p.m., causing major backups on the highway.

According to the Idaho Transportation Department, the highway was blocked along a six-mile stretch between Floating Feather Road and Horseshoe Bend Hill Summit. The road was reopened at about 11 p.m.

A KTVB crew in the area said the fire appeared to be burning south of the Avimor subdivision, and north of Shadow Valley Golf Course.

At a news briefing Sunday afternoon, James Vincent, deputy chief of operations for the Eagle Fire Department, said the fire started just before 2 p.m. and quickly grew to more than 200 acres in size.

By Sunday evening the fire was contained, but because of all of the fire crews in the area, the road remained closed.

Vincent said some structures were threatened for a time when the fire first broke out, but firefighters were able to keep the flames away and no buildings were damaged or destroyed.

Eagle Fire Department led the effort with help from the Bureau of Land Management, and fire departments from Meridian, Boise and Star. An Ada County dispatcher said the BLM used helicopters to attack the fire from the air.

Vincent said people should never hesitate to call the fire department if they see a fire or smoke on the side of the road.

The road closure came on one of the busier travel days of the summer for that stretch of road, with many people heading back to the Treasure Valley from the McCall area after celebrating the Fourth of July.