Huntington divided over sale of marijuana

A town divided over pot. Many in the small town of Huntington, Oregon are upset with the fact the city allowed two marijuana dispensaries to open up shop in their town. Some saying it's completely changed the old railroad town. However, it brings hundreds to the small town every day. 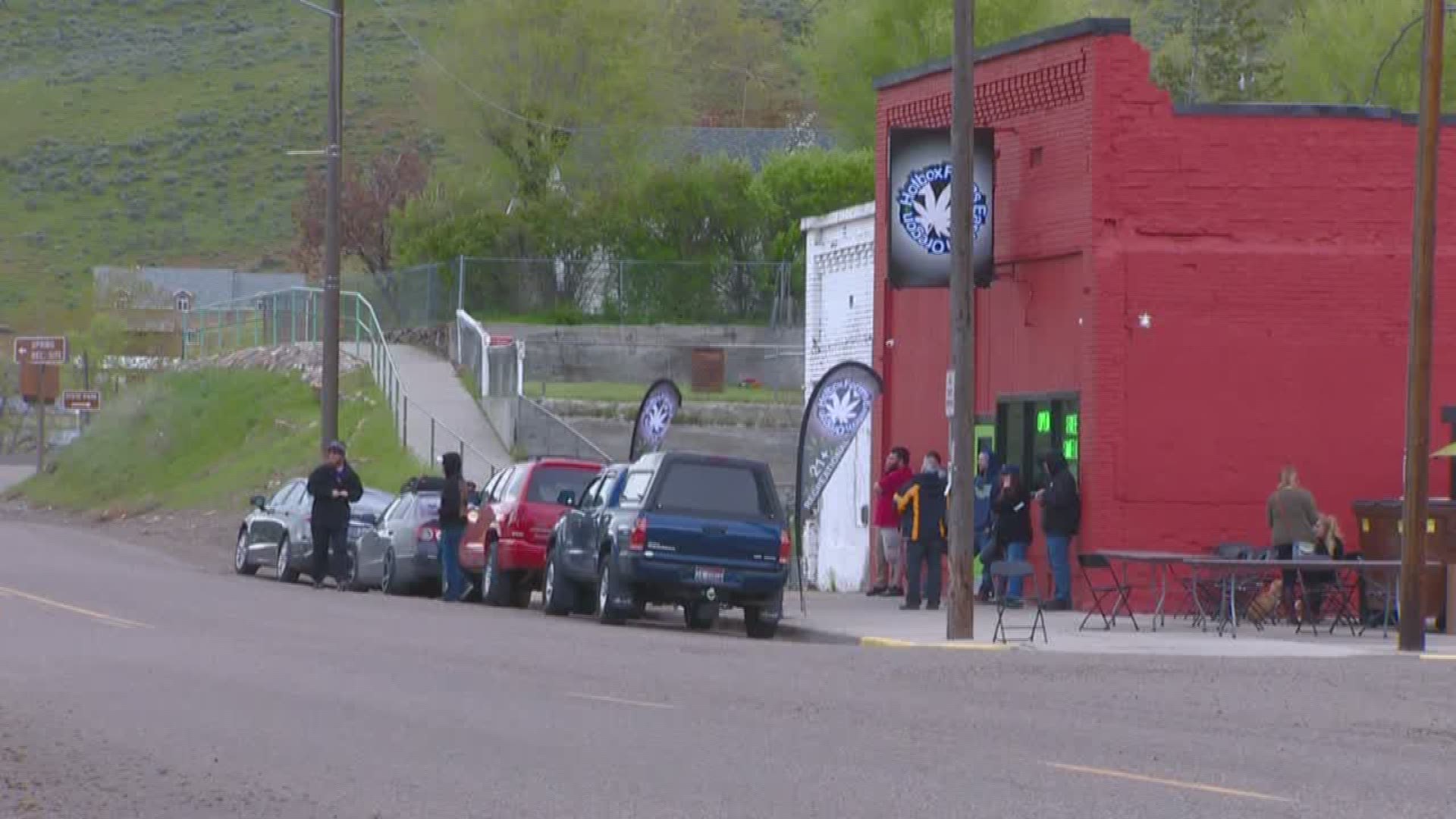 A town divided over pot. Many in the small town of Huntington, Oregon are upset with the fact the city allowed two marijuana dispensaries to open up shop in their town. Some saying it's completely changed the old railroad town. However, it brings hundreds to the small town every day.

On Thursday, people lined the glass cases of the two dispensaries in Huntington, Oregon.

"This has definitely been our busiest day so far since we've been open," Steven Meland, owner of Hotbox Farms Eastern Oregon said.

Some on Thursday even waited three hours just to get their hands on some pot. The town nearly doubling in size as hundreds flocked to the small Oregon town to celebrate what many marijuana smokers consider a holiday, 4/20.

"Today the whole town is busy, that's what's different it's almost like a good mood in town. I can look down the street and just see cars piled in," Peter Rimkus with 420ville said.

Rimkus says on any given day they'll have a couple hundred people walking through their door.

This as 420ville and Hotbox Farms Eastern Oregon, both in Huntington, are the only recreational marijuana dispensaries within an hour drive.

"Huntington invited us in," Rimkus said.

"It was a city that allowed it here in Eastern Oregon. So it's closer to where we were residing in Ontario," Meland said.

Back in November of 2015, then Huntington Mayor Travis Young broke a city council tie to allow the dispensaries into the town. Fast forward a year-and-a-half later and the town has new leadership.

"This is a new mayor, new city council. They kind of inherited this and so it's a learning process for all of us," Krysten Cox the acting city recorder said.

Despite the two dispensaries bringing hundreds of people to this old railroad town every day, including plenty with Idaho license plates, locals say they're here for just one thing.

"I kinda doubt seriously that that business has brought $50 to this town in the last year," Huntington resident Robert Price said.

This as Price says the two pot shops bought up existing buildings that housed a mechanical shop and small market.

"I don't see it's helped, to me they've bought out couple of businesses and we only got a tavern with a restaurant in it, and two restaurants, and a small general store. It's killed us," Price said.

The sale of marijuana, a topic that's divided this small town of 400.

"It's wrong, it's wrong what they've done. They've come and destroyed our town. Destroyed a lot of people's feelings. There's been a lot of hard feelings between people that have been born here and raised here," Yvonne Rinkel said.

Many residents are worried on just what the future of this little town may be.

The city of Huntington says so far they have not received any money from the state from the taxes on marijuana.

By the way, the sale, possession or use of marijuana for any reason is illegal in the state of Idaho. If found guilty of possession, you could be fined up to a $1,000 and/or be sent to jail for up to a year.