Many spent Christmas Day hitting the slopes at Bogus Basin as part of their holiday traditions. 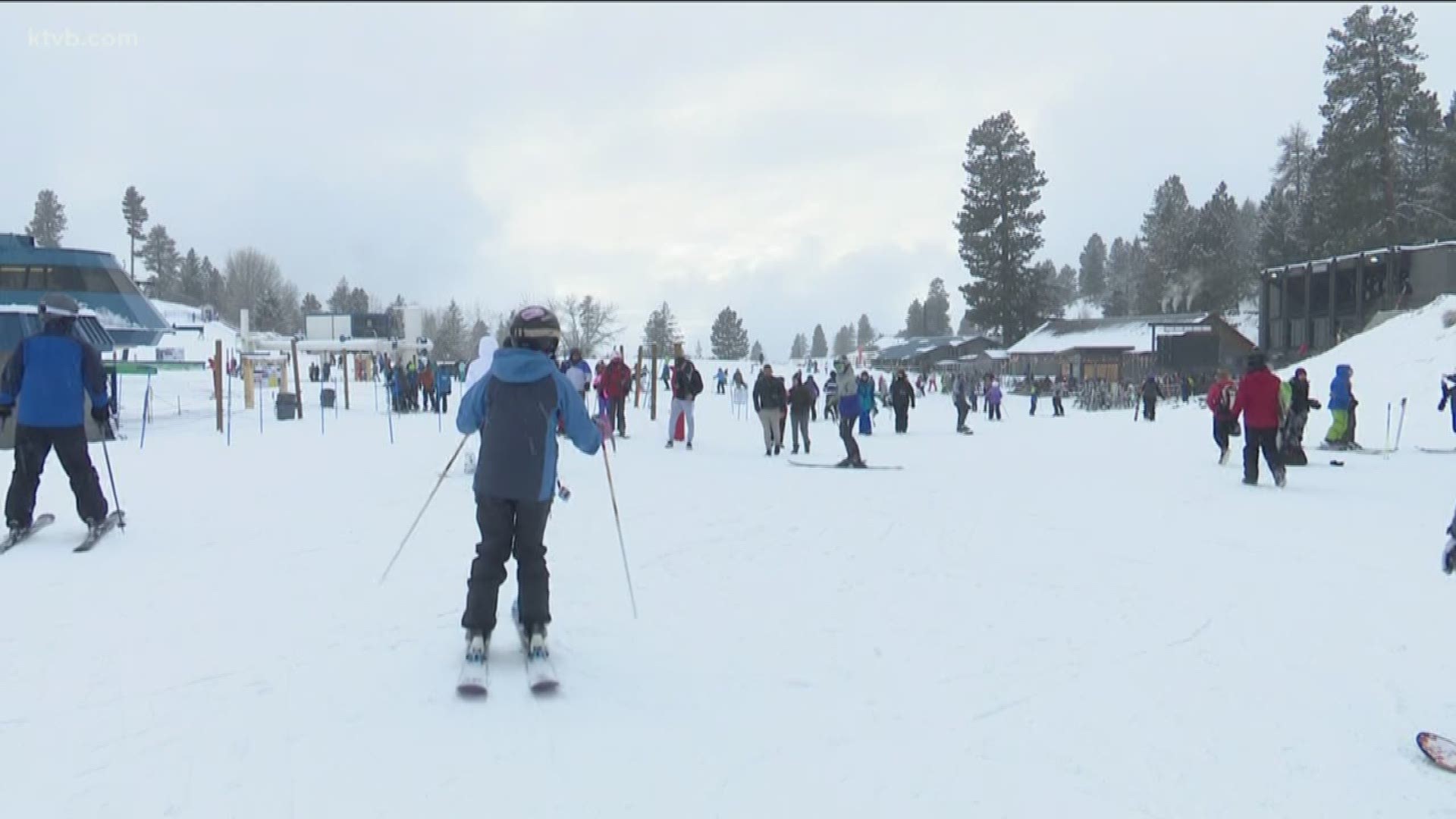 BOISE, Idaho — With some fresh snow coming down Wednesday afternoon, many people spent their Christmas Day at Bogus Basin hitting the slopes.

The parking lot at the mountain recreation area was full, the slopes were filled, and those wanting day passes waited in line.

Brad Wilson, general manager of Bogus Basin, says Christmas Day is usually slow in the morning, then picks up in the afternoon. Compared to the rest of the holiday season, he said Christmas Day is typically slow but it's the kickoff for its peak busy days between Christmas and New Year's Day.

For some people, going skiing or snowboarding on Christmas Day is a holiday tradition. That includes Susan Kennon and Craig Bates. They have been married three years and each Christmas, they strap on their skis to spend time together.

“Most of our family is not from Idaho so it’s just us," Kennon said. "And his kids are all grown and so we decide to come skiing usually every Christmas.”

Another avid skier, Ahmad Jodeh, said he has been skiing on Christmas Day since he was a little kid.

“There’s nowhere better to be. What could you ask for more than this? Snow’s good, get some nice turns in, it’s wonderful,” he said.

Josh Nadolny likes to ski on Christmas Day and take advantage of the lesser crowds.

“Usually early in the morning on Christmas Day there’s nobody here," he said. "People wake up, open presents and then start to roll out [in the] afternoon so I try to get out here early on Christmas Day.”

No matter their reasons for hitting the slopes on Christmas, everyone KTVB spoke to said it was a perfect way to spend their holiday.

“It’s wonderful. No need to dream of a white Christmas,” Jodeh said.

Husband and wife Susan and Craig agree and say it's a great way to spend time together.

"It's just wonderful. Nice new chairlift, everything is beautiful up here,” Bates added.

Another popular attraction at Bogus Basin for Christmas Day was the brand new Morning Star chairlift. The new lift is a high-speed, quad lift. It replaces a slower three-person lift and decreases ride time from nine minutes to three.

Though the lift opened a week later than planned for the season, Wilson said it has been operating great since. He tells KTVB it's had nearly as many rides as the Deer Point lift, which typically sees the lion's share of lift riders. According to Wilson, with peak busy season on the horizon, the new lift is already making a difference.

“It helps a ton because that was definitely a choke point for us," he said. "It was a slow triple chair. It also kept people from skiing over Morning Star which has some really good novice and low-intermediate terrain. It’s really changing the whole way people ski the mountain – for the better. Huge amount of compliments on the lift and we’re really excited we were able to do it.”

Due to a lot of requests, Bogus Basin is adding a new adult shuttle service to the mountain starting Thursday, Dec. 26. The shuttle picks up and drops off at Fort Boise Park and Ride located at 750 Mountain Cove Road. The bus can accommodate 24 passengers and cost is $10 round-trip and/or one-way. It is available on weekends and holidays only.

Night skiing is also underway on the mountain and is available seven nights a week until 10 p.m.