They marched from Fort Boise Park to the Statehouse in support of gun rights. 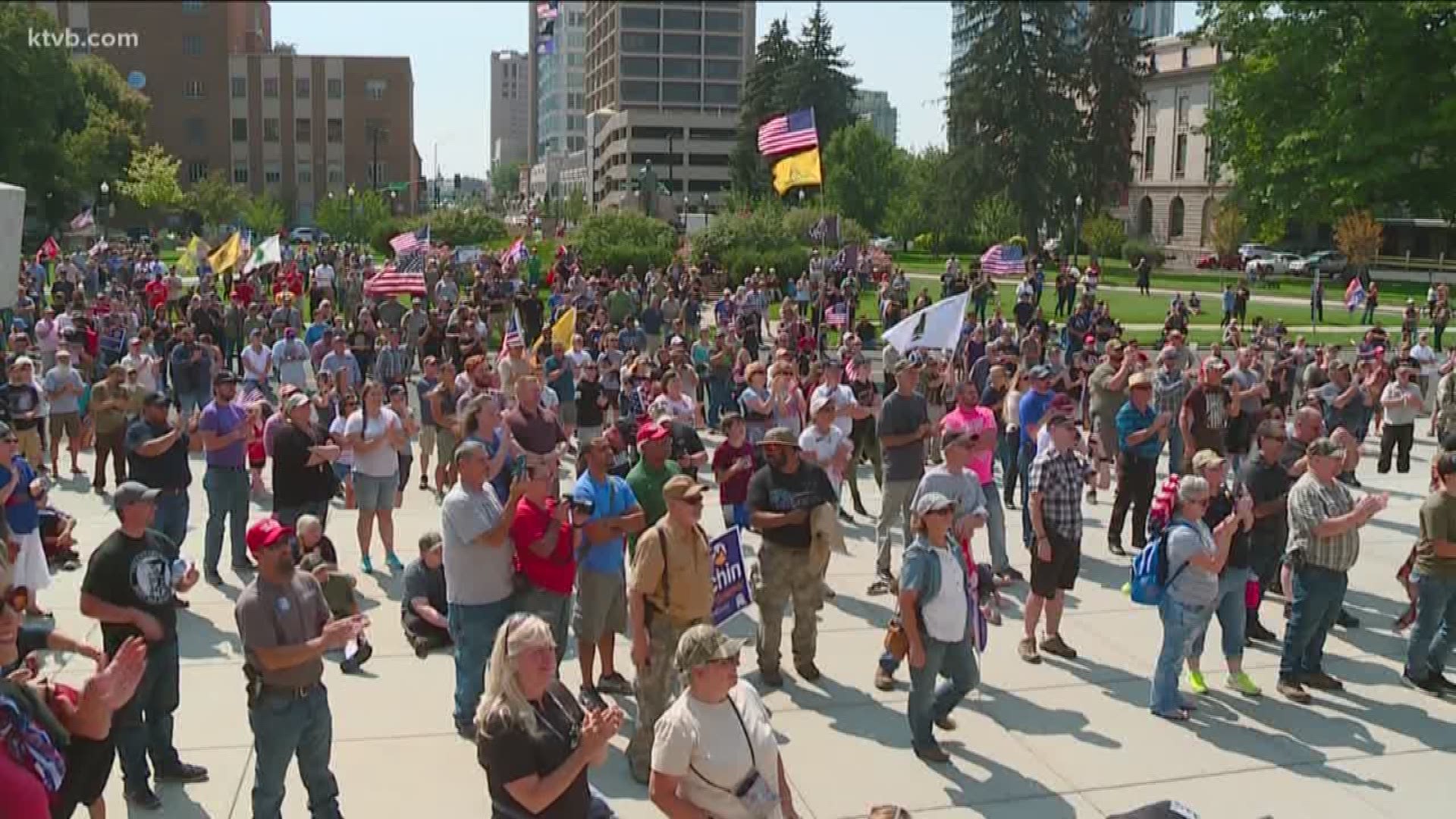 BOISE — A sea of people and guns surrounded the Idaho Capitol Saturday afternoon to rally for Second Amendment rights.

“I believe in freedom, I believe in liberty, so I wanted to be here,” Mel Sommers, rally-goer said.

"I came from California and moved to here to pretty much to escape gun control legislation that exists down there, and I felt like our fundamental human rights weren't being recognized, and I felt like it was a good place to regroup with folks who are like-minded,” Winchester said.

Rally-goers met at Fort Boise Park, then marched to the Idaho Statehouse to hear speakers like attorney Alexandria Kincaid, speak out on gun rights.

“People in Idaho don’t believe their Second Amendment rights should be infringed,” Kincaid said. “We value the right to defend ourselves against criminals and against a government that might go too far.”

Alexandria told KTVB, Saturday’s rally is not just about the Second Amendment, but also about red flag laws.

“What can essentially happen is a family member can go to court, convince a judge that the person is a danger to themselves or others and the police show up and take that person’s guns and they don’t even know that there was a court proceeding,” Kincaid said. “We don’t need that, and we don’t want it in the state of Idaho.”

“I would like to see, politicians become clear-minded and sit down and actually read the Constitution and embrace it for what it is,” Don White, rally-goer said.