The group marched to Ontario City Hall where they took a knee and held a moment of silence for George Floyd. 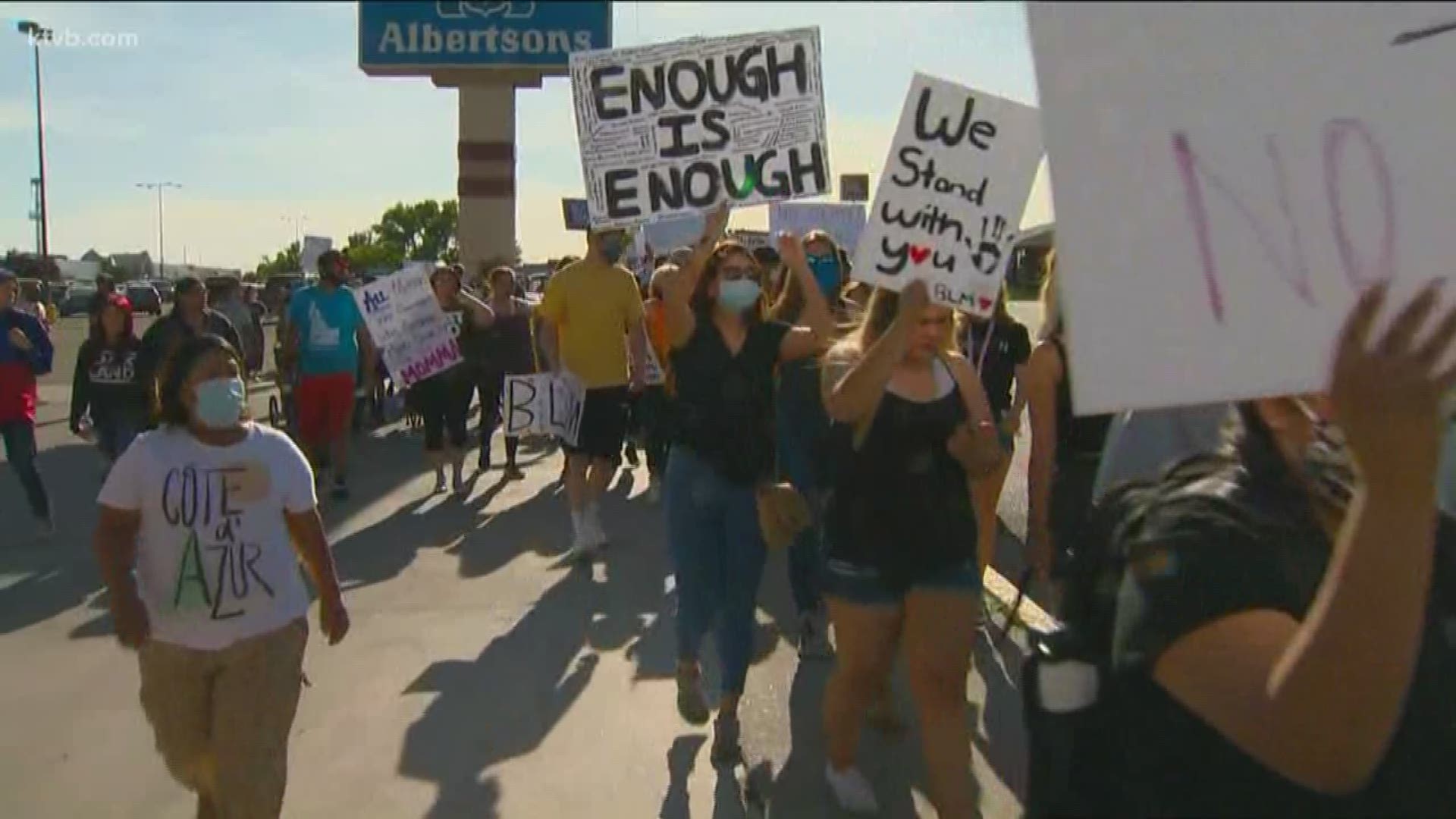 The Black Lives Matter protest was the latest in a multitude of demonstrations around Idaho and across the nation over the death of George Floyd, a black man who died in Minneapolis after a police officer kneeled on his neck.

Many of those at the event carried signs and wore t-shirts with messages like, "Black is beautiful" and "Skin color is not reasonable suspicion."

The protest began in the Albertsons parking lot on 4th Avenue, where participants lined the sidewalks and waved signs at passing cars, receiving many honks of support.

The group then marched about seven blocks down 4th Avenue, ending at City Hall, where they took a knee and held a moment of silence for Floyd.

Credit: Misty Inglet / KTVB
Protestors kneel for a moment of silence outside of Ontario City Hall on Thursday, June 4.

KTVB spoke with a few protestors who said they've had personal experience with racism and police brutality. They told us no community is exempt, and that's why these protests matter.

"It’s very valuable and especially here in Ontario in such a small town," said Valentin Morales. "It’s relatively off the radar. I think it’s a very important thing that’s going to make a great impact in our community."

Protestor Selina Carrasco noted that the protest was about coming together for a common cause.

"I feel like if a smaller community like this can come together, other communities can as well and I’m really glad the organizer, Charlie, put this together," she said. "It’s something we all need. It’s a unity of all of us coming together."

Ontario Mayor Riley Hill also attended the protest. He told KTVB he feels the Ontario police force is fair and that the city does a pretty good job when it comes to diversity. But, he said, there is always plenty of room for improvement.

"Everybody has their biases and their prejudices and so I hope to see the community brought together and try to push those things aside and make a united community," Hill said.

As of 7:30 p.m., there were still a number of protestors gathered at Ontario City Hall. 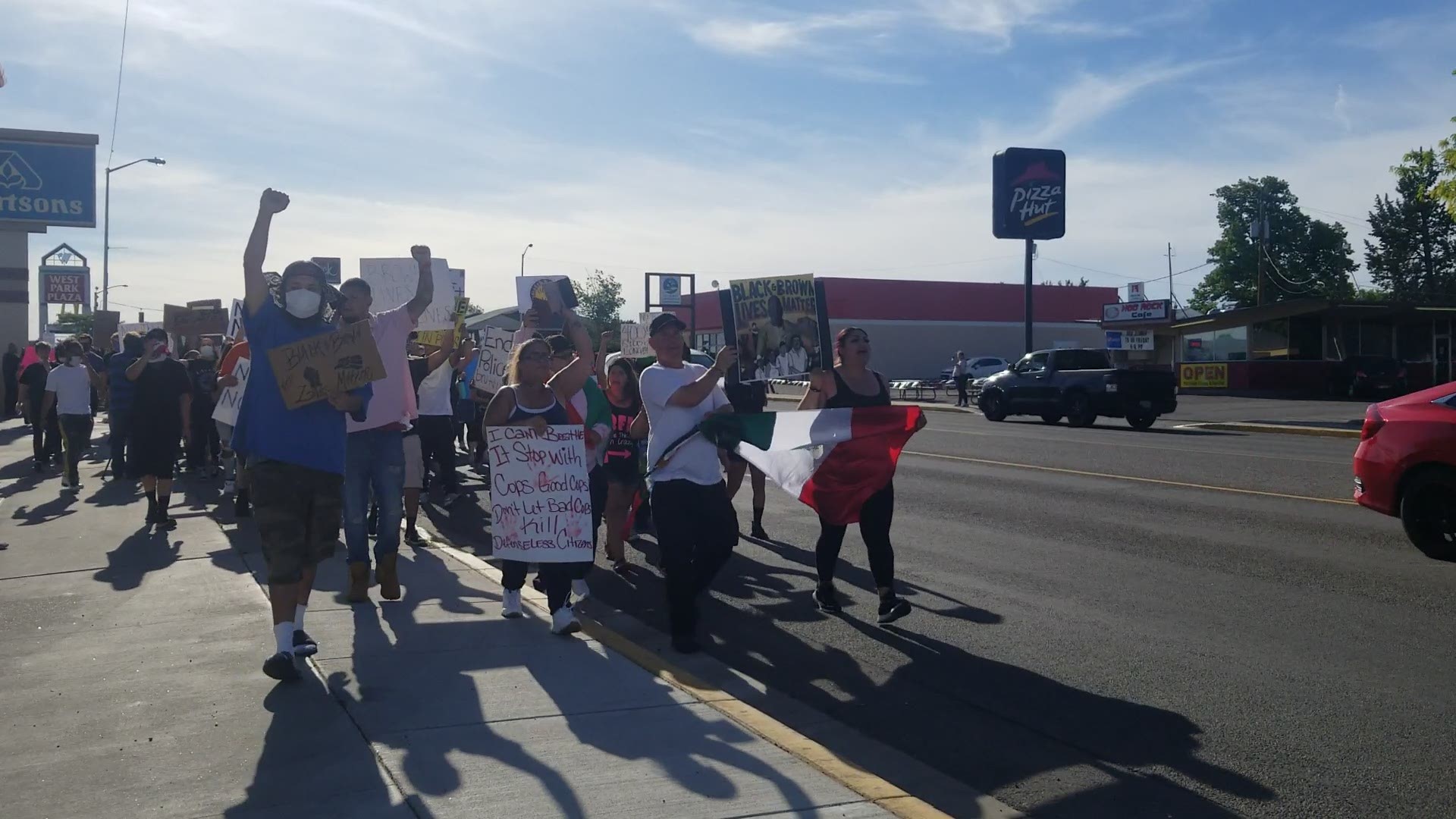 Meanwhile, in Boise, where there have been nightly protests all week, a crowd of about 100 protestors gathered at the Idaho Statehouse Thursday night, along with about two dozen counter-protesters. As of 10:45 p.m., the protest was peaceful and police said no incidents of violence or unrest were reported.