Setting off fireworks this weekend? Take these steps to avoid starting a fire

Fireworks start an average of 18,500 fires each year, according to the National Safety Council. 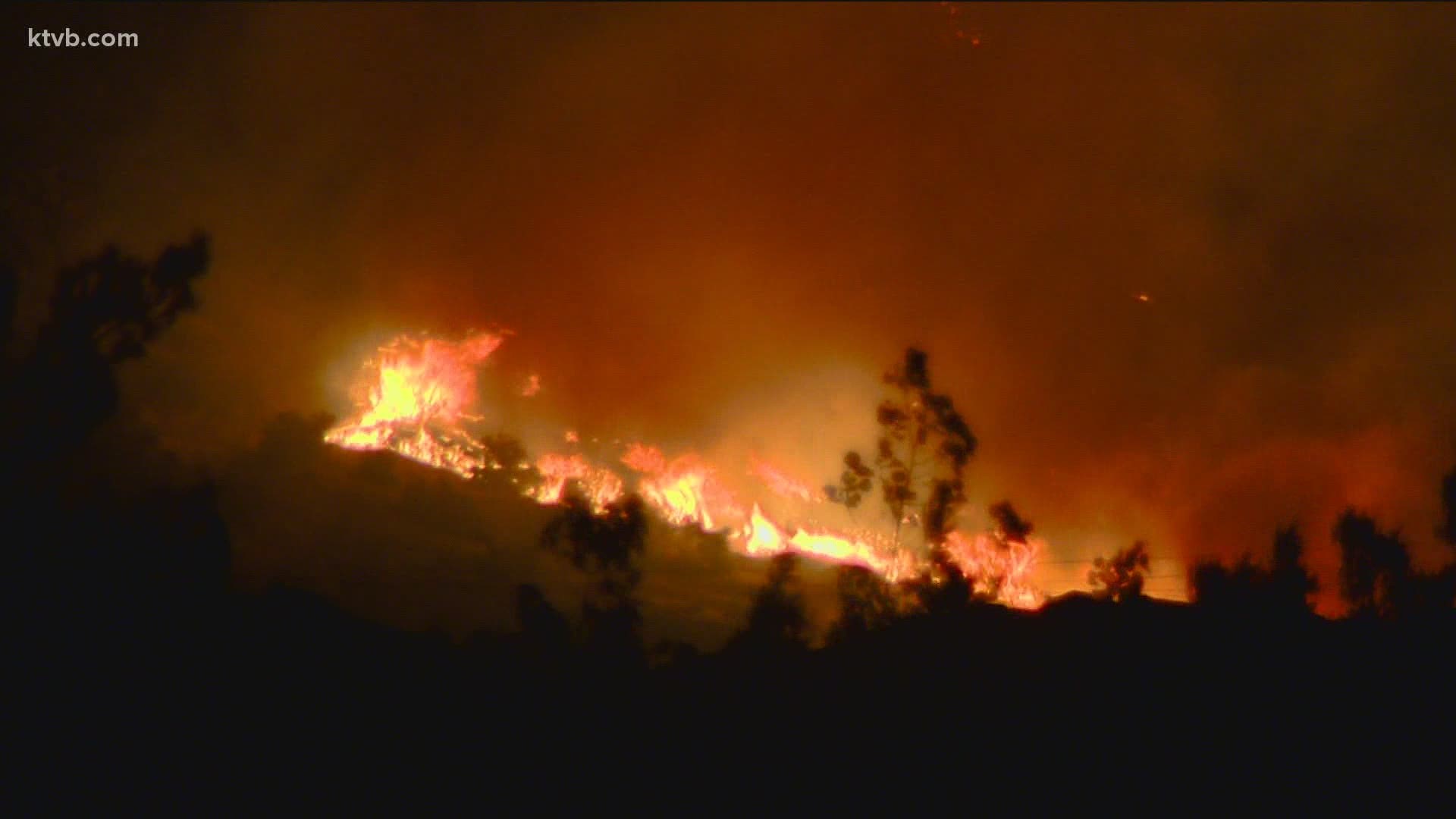 BOISE, Idaho — It only takes moments for a firework to ignite a fire, which is why the Boise and Meridian Fire Departments teamed up to ask people to use extreme caution when setting off fireworks this Fourth of July.

“We obviously do have the hot temperatures, the dry conditions, which make the risk a little bit higher,” said Assistant Boise Fire Chief Romeo Gervais.

Fireworks start an average of 18,500 fires each year, according to the National Safety Council.

On Thursday, both fire departments set off fireworks as part of a demonstration to share the dos and don'ts.

He added that people should always look for the 'safe and sane' logo, to verify fireworks are legal before buying them. Safe and sane fireworks don't fly into the air or explode, which reduces the risk of someone getting hurt and of course, starting a fire.

RELATED: 5 years ago, the Table Rock Fire scorched more than 2,600 acres in the Boise Foothills

“It's one of our busiest fire days every year and we continue to see that, and we anticipate this year to be the same,” Gervais said.

Also, people should only ignite fireworks outdoors in a clear area away from buildings, vehicles, and vegetation.

“When you look at those grasses now, which were green just a few months ago, they're all starting to turn brown and that's an indication of temperature so as that fuel dries out it's much more receptive to a flame, a spark or something that like, that could cause it to ignite, so as the temperatures go up, the fuel dries out, the fire danger also goes up so that's what we're seeing,” Gervais said.

When people are done with their fireworks, they should make sure to properly dispose of them by soaking them in a bucket of water immediately after use, and before throwing them in the trash.

If you see someone setting off illegal fireworks, call the non-emergency dispatch line, not 911.

Anyone caught lighting illegal fireworks faces a misdemeanor citation, which means they could be fined anywhere between $100 to $500 depending on where they live, and potentially some jail time.