The most recent death happened on Thursday. 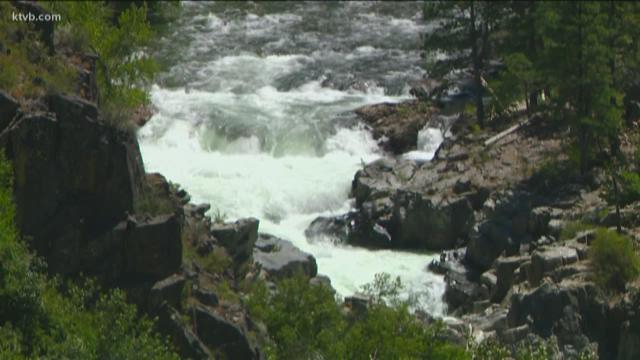 BOISE, Idaho — In less than a week, the Payette River has taken a toll on three people in Boise County, killing two of them.

The most recent death happened on Thursday. A 27-year-old man drowned after he was thrown from his raft on the South Fork of the Payette River going over the Big Falls Rapid.

“It totally could've been prevented with proper knowledge of the river section and less good times and more seriousness about what we're doing,” said outfitter and Payette River Company owner, Sean Glaccum.

He, along with law enforcement agencies and another professional rafting company, searched for the man’s body on Thursday.

He says everyone should walk around the rapid, with the exception of extreme kayakers.

A woman from out of state also died while rafting on Sunday. While another man nearly drowned while swimming at Banks Beach, just hours before that.

“He was in the water and then some people recognized he was in trouble and they got him to shore and initiated CPR on him,” Delvalle said. “There's a lot of things to consider why this is happening, obviously I think one of the biggest things is we have a lot more river usage than ever.”

He urges everyone who plans to raft to use professional guides.

“These are deadly rivers if you're not well trained or skilled,” Delvalle said.

That’s a message Sean agrees with.

“If people would just pay a little more attention and do a little more research before heading out to the river it'll save you a lot of headaches in the long run,” Glaccum said.

When it comes to deadly rafting incidents, Boise County typically sees about one or two a year, according to Delvalle.

The man who nearly drowned on Sunday is out of the hospital and okay.