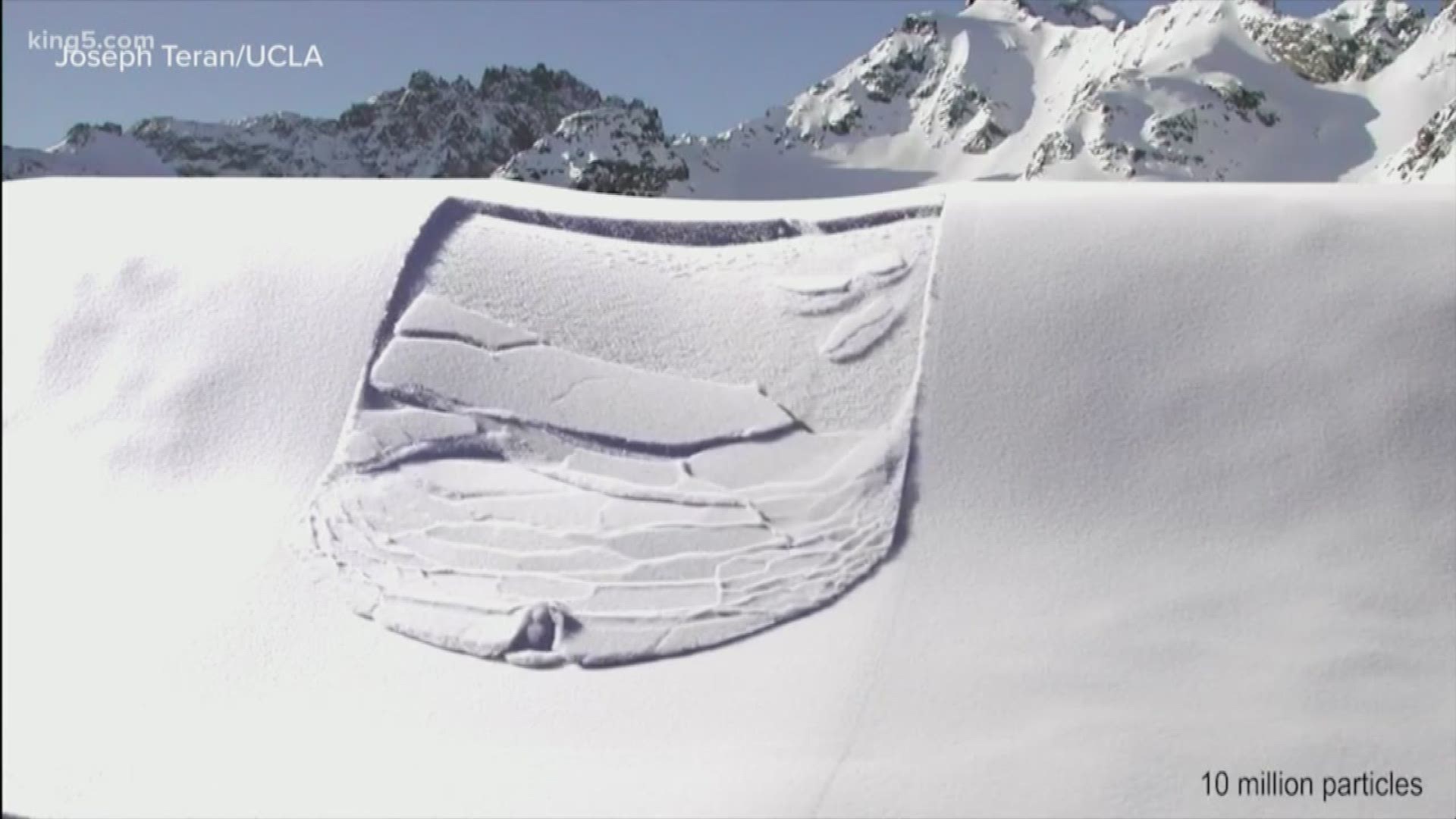 It’s a computer model called “Material Point Method” (MPM) and animators used it in “Frozen” to simulate the clumping and behavior of snow.

The animators also brought in a team of scientists to inform them of snow behavior, according to Karl Birkeland, director of the U.S. Forest Service National Avalanche Center. He said Disney was considering including an avalanche in the original movie.

“So they brought in several scientists to look at things like snow crystal formation, how snow looks, and avalanches,” he said.

The creators decided not to include the avalanche, but Birkeland said the production of the film directly led to a better understanding of the Material Point Method's application to avalanche science.

In 2018, a team of scientists from the Swiss Federal Institute of Technology, UCLA and the University of Pennsylvania published an article on using MPM to model avalanches.

“Having the tools of computer graphics applied to real situations could potentially save lives; snow slab avalanches are particularly dangerous as they often triggered by hikers and skiers,” wrote Penn’s Engineering Dept. the article.

The tool is used for modeling, but not out in the field. Birkeland hopes it could someday meet that need. However, he said it's already helped move forward the complex work of predicting and understanding slides.

“What’s incredible is when we look at the output from the model, and look at the renderings these folks are getting, from the simulations when they’re looking at avalanches, those avalanches look just like real avalanches,” he said. “And so that’s telling us that the physics behind the model is pretty good.”

He said better understanding is a step in the right direction, and that's no fairytale.

“The better we can understand avalanches, the more lives we can save in the backcountry,” Birkeland said.