Houston woman recovering after toddler-sized tumor removed from her ovaries

Her surgery on Wednesday was the culmination of six months of waiting, but if you ask doctors, they say Brandy Contreras' tumor was growing for close to 10 years. 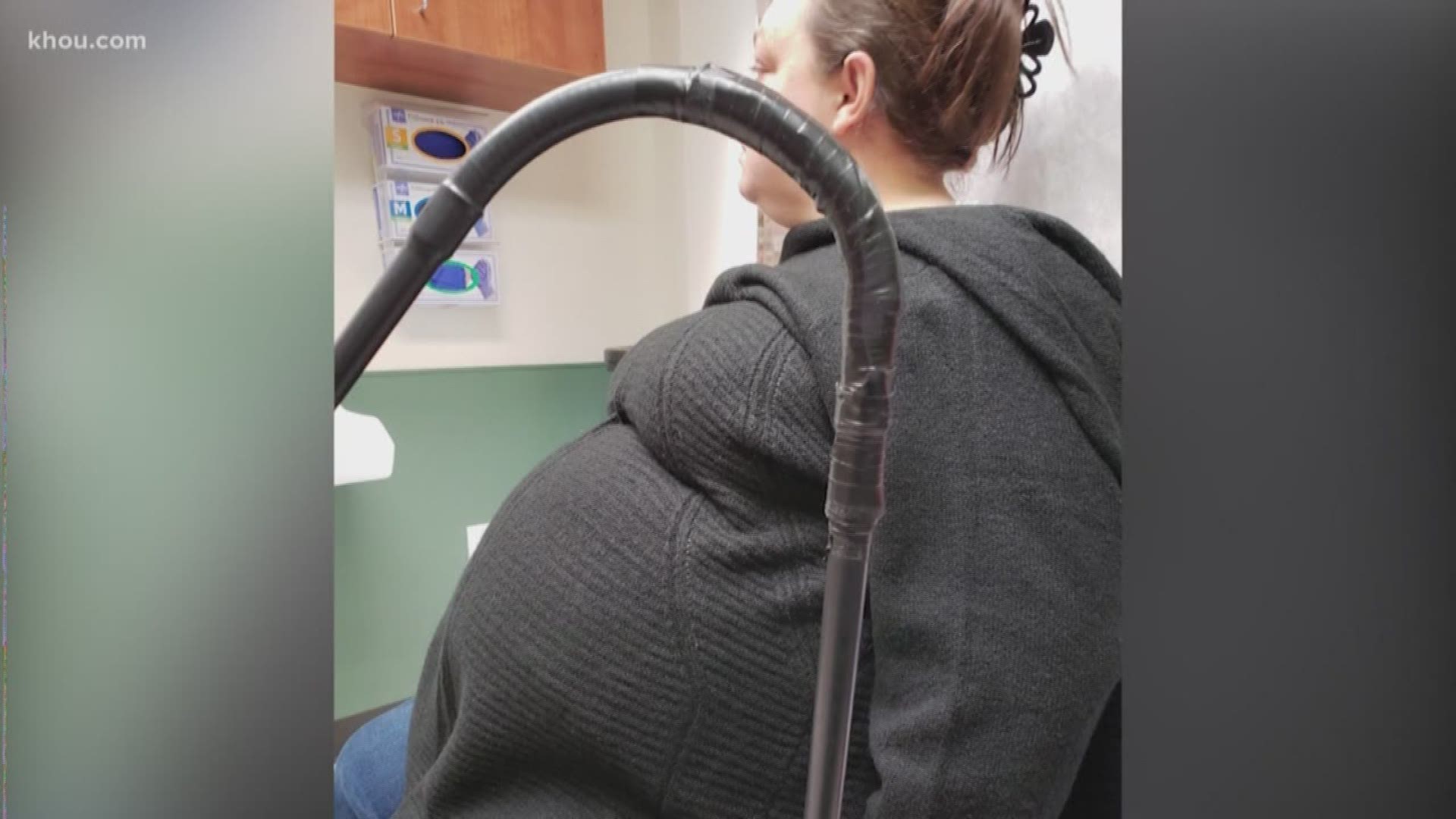 Brandy Contreras is resting easy Friday after finally having an enormous tumor removed from her ovaries.

Her surgery on Wednesday was the culmination of six months of waiting, but if you ask doctors, they say Brandy’s tumor was growing for close to 10 years.

She thought she was just gaining weight, but Brandy was in reality carrying a 29-centimeter-long tumor. It wasn’t until her wife Tammy noticed just how hard the growth and decided it was time to see a doctor.

“I mean, you could just tell. It felt like a big rock in her stomach,” Tammy Contreras said.

Brandy was rushed to the hospital in August but was told by doctors it wasn’t considered an emergency surgery. No insurance meant having to wait six months before being cleared for the Gold Card system with Ben Taub Hospital.

The couple scheduled the surgery for this week, but by then, that basketball-sized tumor had nearly quadrupled in size.

Brandy’s daughter Karina could hardly believe what she was seeing when doctors sent them a photo of the tumor.

“I got scared because it just looks like something out of a Goosebumps movie,” Karina said.

Which begged the question: Why didn’t any doctor years before notice something and act?

It was a symptom of a much bigger problem with insurance companies that Tammy says needs to be addressed. Had she not had any type of insurance/payment plan, her wife could’ve waited even longer and suffered through the pain or worse.

It wasn’t until she had a secured form of payment did doctors take the matter seriously.

Brandy is now tumor-free, without pain and a few pounds lighter. She and Tammy are still working on how they’re going to pay for the bill once it comes, but they’re hopeful some may be willing to help.

For those interested, the family has set up a GoFundMe.