Realtor.com has seen a 33% increase in interest compared to last year. 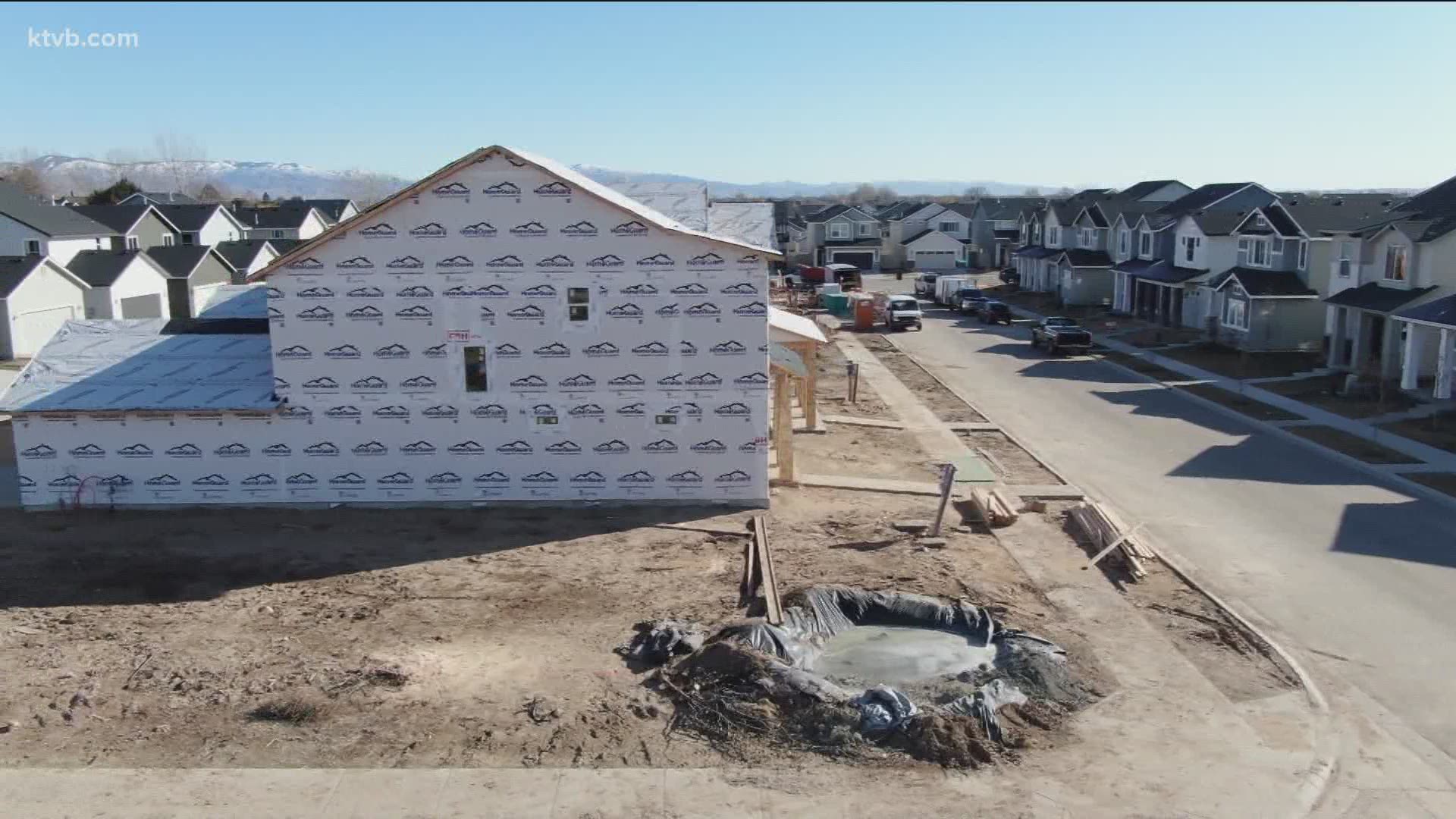 BOISE, Idaho — Just last month, WalletHub ranked Boise as the best place to buy a house. Again. Then, over the weekend, Forbes shined another spotlight on our housing market and the lack of inventory.

“The Boise housing market, like many markets across the country, is seeing a huge interest from buyers that is causing the number of houses available for sale to really fly off the market,” Chief Economist for Realtor.com Danielle Hale said.

As a result, a lot fewer listings compared to just a year ago are appearing. The lack of listings hasn't stopped the interest, however, especially from folks in the Golden State.

“The data shows more Californians are interested in the homes in Boise and it's making up a bigger share of the out of market traffic that's coming to Boise,” Hale said.

While California's love isn't a new trend, Realtor.com has seen a 33% increase in interest compared to last year.

“The median listing price in Boise is just $400,000 in August," Hale said. "I say just, but that's higher than the national listing price typically, but it's a bargain compared to a lot of prices in California."

To put it into perspective, for every 1,000 views a Boise home received in August, 361 of them came from California, a 23% increase from last year. 68 views out of every 10,000 views from California going somewhere else are going to Boise.

“68 out of 10,000 views might sound relatively small, but Boise is just one city and these views are looking everywhere across the country so it's actually quite substantial,” Hale said.

Bill Rauer is the Executive Officer for the Building Contractors Association of Southwestern Idaho. He told KTVB the interest in Boise has made it difficult for builders to keep up with the demand.

Related video below from 2018: Do Californians feel welcome when they move to Idaho?

“We're experiencing real growing pains at this point. Pre 2020, the housing market was already heating up quite a bit here and Boise was amongst the hottest markets in the country," Rauer said. "With the advent of the pandemic, there's been an even greater influx of people from throughout the state and even from out of state."

Those coming into the state are frustrated by the low supply of new and existing homes. For longtime residents, it can be overwhelming.

“When housing prices are doing what they're doing it can make things seem insurmountable and unobtainable for those of us nearby,” Rauer said. “In terms of what we are doing to meet that demand, the fact of the matter is we're not. we're just trying to come up with all sorts of creative ways to build houses faster.”