Experts weigh in on what's next for Idaho's housing market

KTVB reached out to a real estate economist and local realtor. 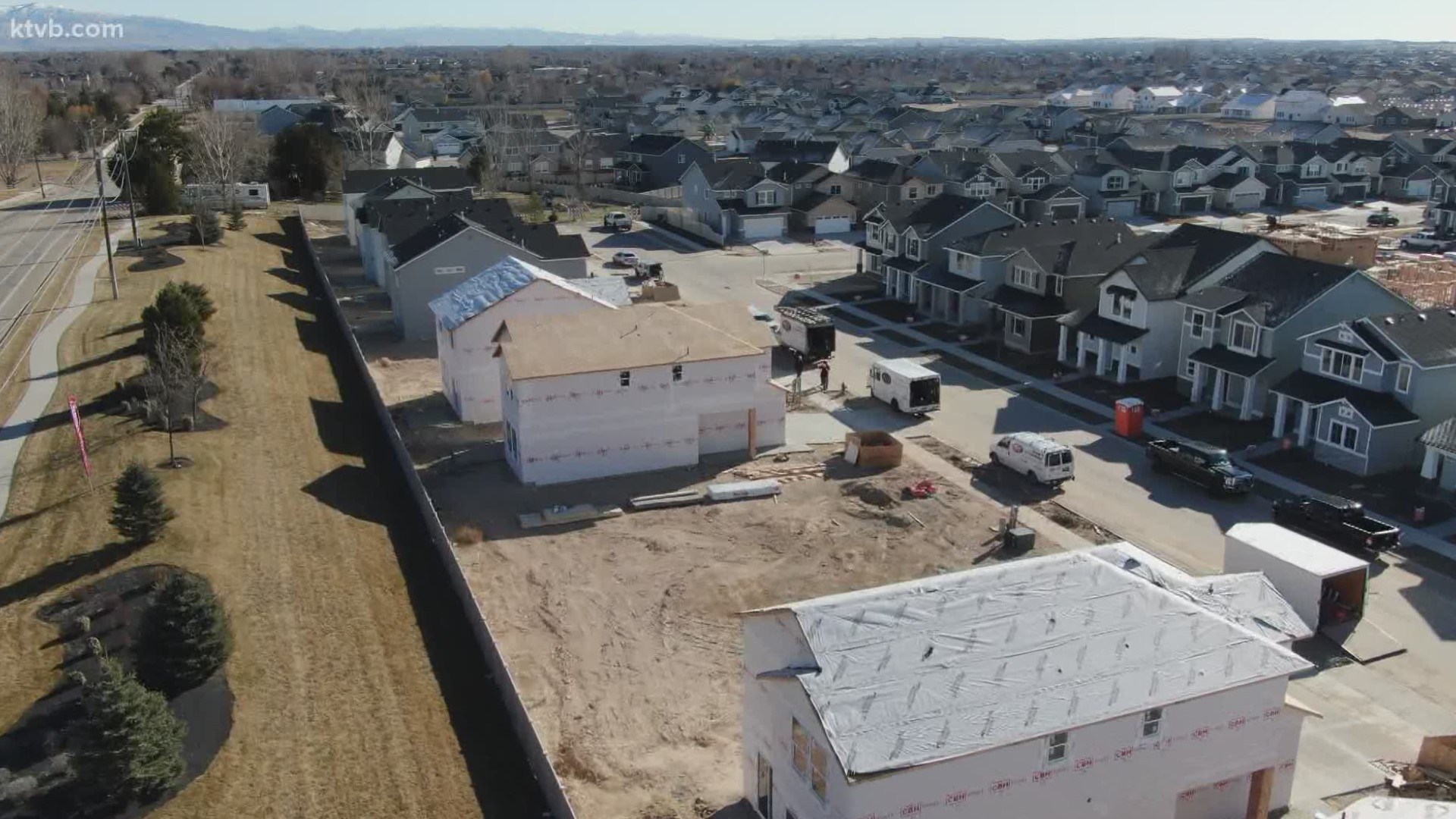 BOISE, Idaho — From increased home prices to bidding wars and not enough inventory, the Idaho housing market is building momentum.

“I've seen market increases in the past, but this is the first one I’ve seen that's like this and it looks like it could be like this for a while longer,” said Chris Carpenter, a realtor with Keller Williams.

Over the last 20 years, Carpenter has watched the housing market evolve into what it is today.

“The biggest challenge we have right now is just the number of homes available for us to show the buyers and the lack of homes coming on to the market is only exasperating that,” he said.

On Dec. 1 of this year, there were only 154 existing homes on the market to show buyers in Ada County, of all price points. It's that demand and lack of inventory that has some people concerned Idaho's housing bubble will burst.

RELATED: From price increases to getting outbid, the reality behind Idaho's housing and rental market

“When you mention that word, it immediately takes everyone back to those weird days back in 2008-2010 where we saw a lot of people heading into foreclosure," said Chief Economist for Windermere Real Estate, Matthew Gardner. "Because of that, we saw a mass amount of new supply of housing come onto the market, and that caused home prices to crash. Is that going to happen this time around? Absolutely not."

Idaho's market situation is different today than in 2008, especially when it comes to lending and borrowing.

“Anyone that had a heartbeat and could breathe could get a loan," Gardener said. "So people were buying homes that they necessarily couldn’t qualify for and that's not happening right now. Buyers are having to go through a lot of checks and balances to make sure they qualify for a home and that's one of the biggest reasons I have confidence that our market is going to stay stable."

However, Gardner acknowledges there are people who believe the bubble is going to burst and the market will crash for a different reason: housing forbearance.

“When COVID-19 kicked in, the FHFA allowed people to stop paying their mortgages for a period of time," he said. "However, at the end of that program, they're going to have to make up those missed payments."

Some fear those homeowners won't be able to make those payments, which will lead to foreclosure, and eventually another housing bubble burst.

“I don’t see that happening either, certainly we will find some households unfortunately and very sadly lose their homes in foreclosure, but the numbers are going to be more of a trickle rather than a flood,” Gardner said.

If becoming a homeowner is still a dream of yours, be prepared to offer more than the asking price, and be prepared for competition.

“We have not written an offer for a buyer in over four months that wasn’t for a multiple offer situation,” Carpenter said.

Gardner believes we will see the growth in home prices slow down, which he said will be good for the market.