The former owner, Justin Boer, died in a paragliding accident in July. 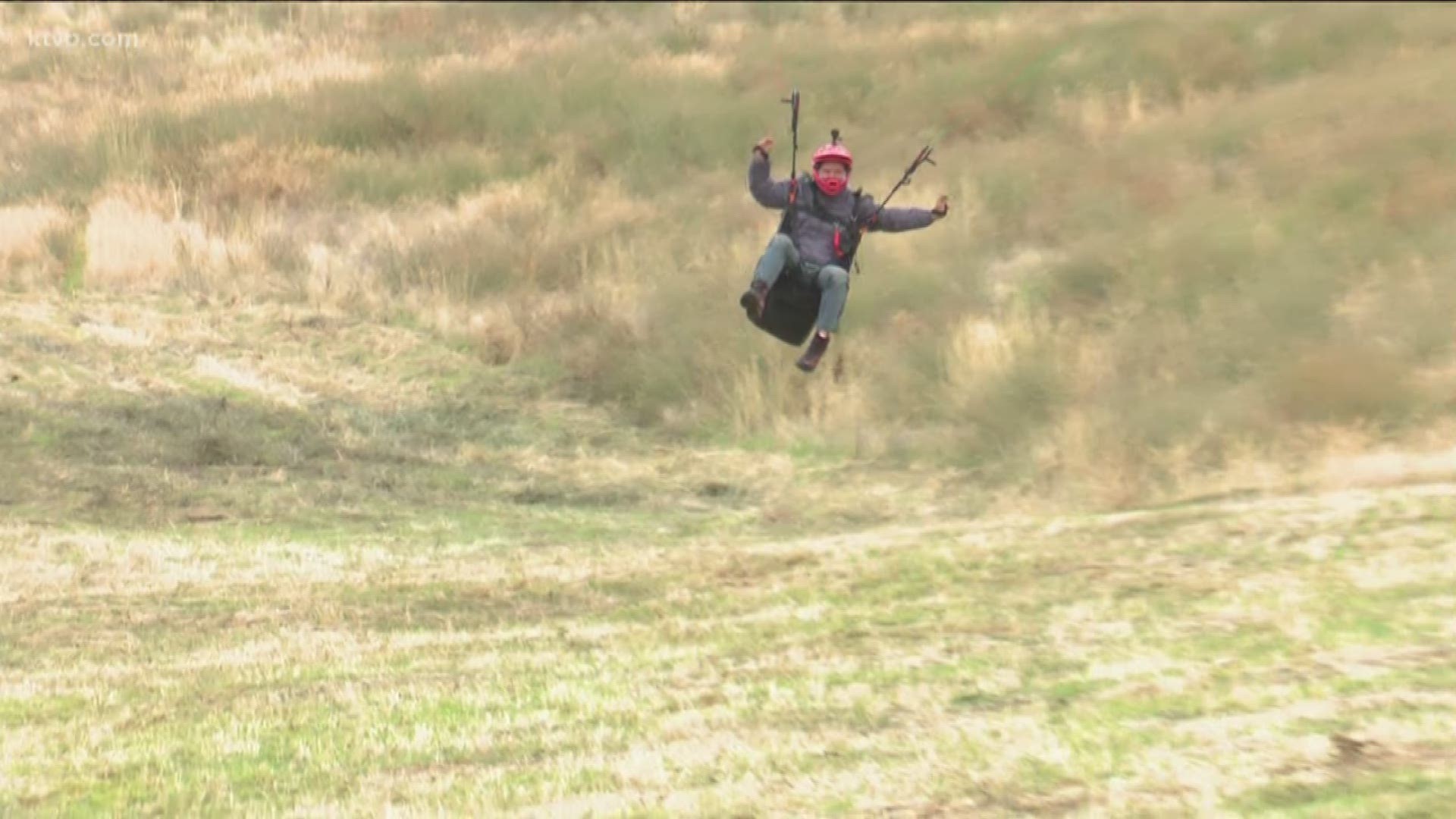 HORSESHOE BEND, Idaho — Months after a tragic accident, the Horseshoe Bend Flight Park is back open, and in a big way, with a paragliding accuracy contest. The contest is the first of its kind in the country, and it's also the first time the park is back open after an accident that killed one of the park's co-owners.

Justin Boer was flying when he crashed at the park in July. He died at the scene. He co-founded the flight park with his friend, Scott Edwards.

Edwards showed people that perseverance has brought them to where they are today.

“When we have situations in our lives and having a tremendous tragedy as we did, to keep chasing your dreams and to not get lost in the heartache and loss of loved ones,” he said. “When something tragic like this happens, it doesn't just happen to a few people, it happens throughout the whole community.”

Boer’s dad, Dan Boer, described the last two and a half months as “hell.” His wife, Tami, said not much time has passed and it’s all still new.

Still, Edwards pushed forward, and he worked to bring the park back to the community.

“Horseshoe Bend Flight park is not just for one person but for a community, if I stop I fail the whole community,” he said.

He worked with other professional paragliders to bring a first of its kind competition to the U.S.

"It’s like hitting your bullseye, if you play darts, it’s like hitting the bullseye with a dart except that you are the dart,” Pedro Tirado said, a professional paraglider taking part in the competition.

"What better then to keep pushing this and to do it in his memory, he was a very social able guy and everybody knew him as an up and going kind of guy and always smiling,” Jimmy Giroux said, another paraglider who worked with Justin before the accident to bring this competition to the country.

For Justin Boer’s parents, it’s tough to be back at the park, but they know their son would want this.

The contest will be going on throughout the weekend. It is open to the public.

Edwards said he plans on holding a commemorative flight this weekend to honor his late friend and business partner and plans on spreading his ashes on that flight.