What are the laws and rules for electric scooters in Boise?

With three electric scooter companies operating in Boise, and 750 electric scooters on the roads, it can be much like the Wild West when it comes to what the rules and laws are for them. 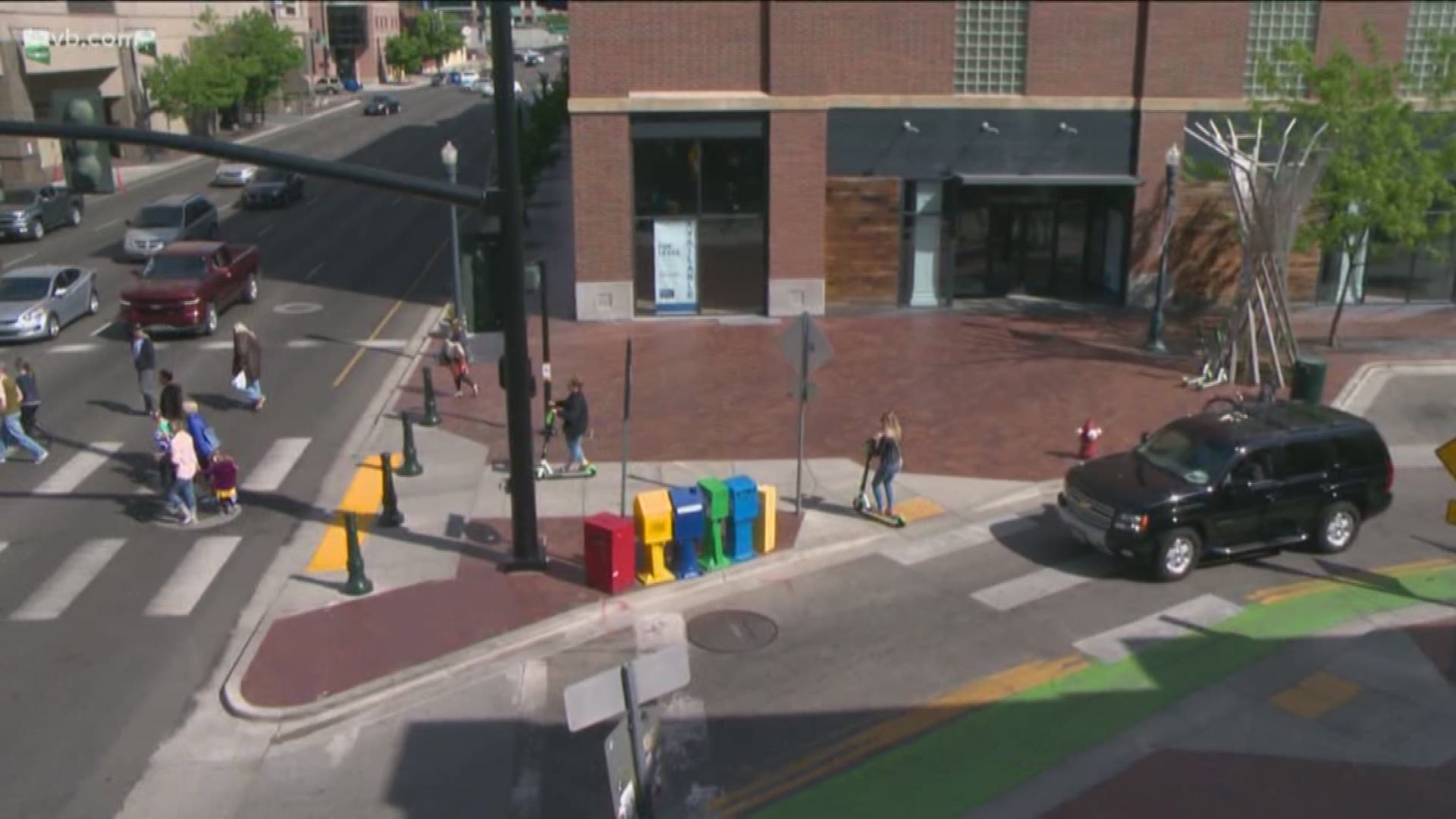 BOISE, Idaho — People may love or hate electric scooters, but the new mode of transportation is certainly on a roll in downtown Boise.

Currently, three electric scooter companies operate in Boise - Bird, Lime, and Spin. At any given time or day, there's up to a combined 750 of the scooters on the roads.

But as Boise's urban density grows even more crowded with cars, buses, bicyclists, and pedestrians, what are the rules of the road for these electric scooters? Turns out, there aren't many. 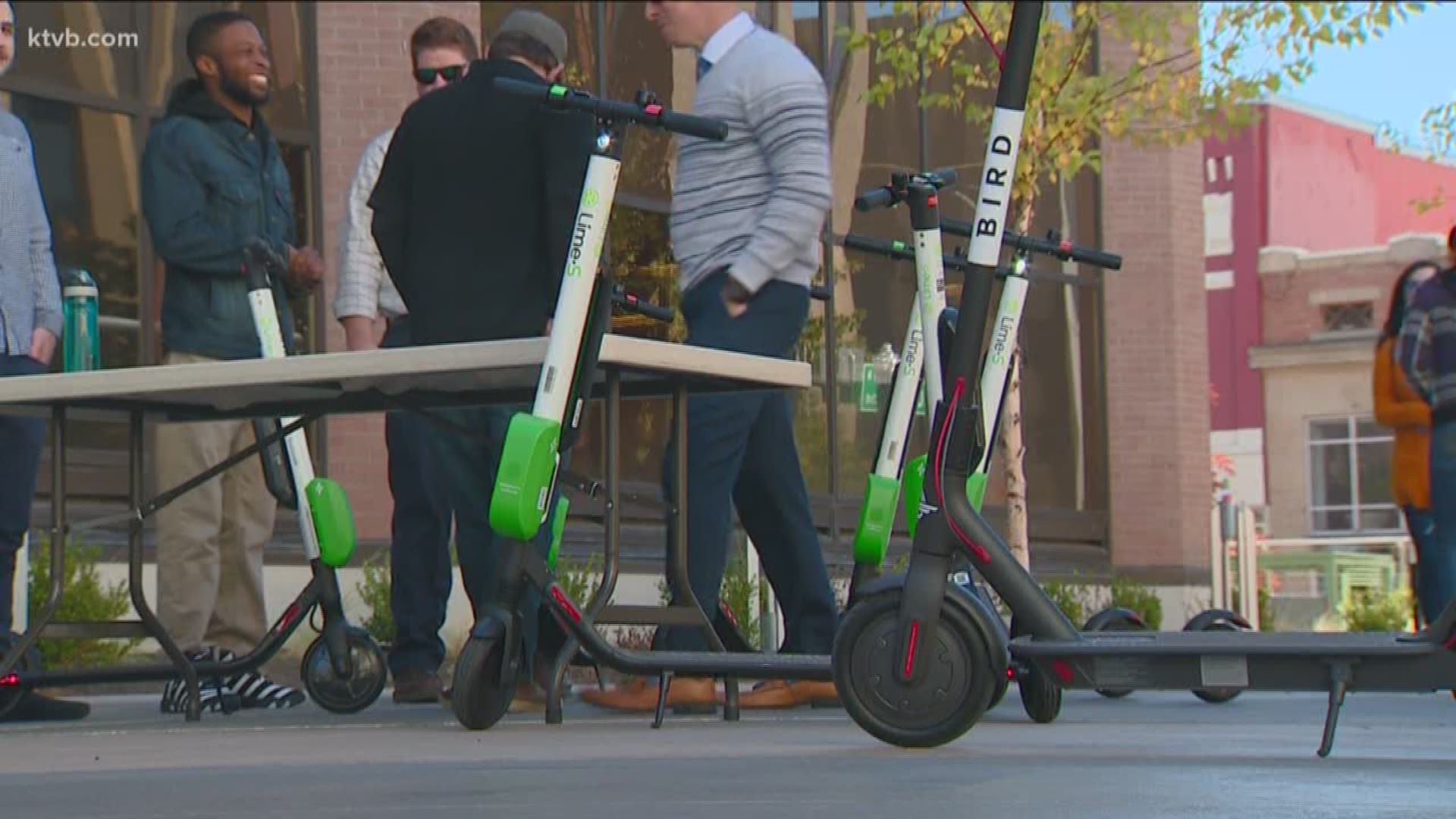 The City of Boise passed ordinances on electric scooters last August. However, they only cap the number of scooters allowed within city limits and set the costs of fees and charges for annual operator fees, charges per scooters and moving them, and security deposits.

Boise State University has pedestrian zones around campus and fines riders $25 if they don't dismount in those areas.

Boise Police can cite riders a misdemeanor for reckless operation but they say it very rarely happens, if ever.

They said most complaints are about e-scooters being left in places that may block access for wheelchairs, or just parked in places that are in the way.

Lime does offer suggestions for riders on how to appropriately use them. They also advise riders to follow local helmet regulations - but Boise and the state of Idaho doesn't require helmets for electric scooters or bicyclists.

RELATED: As the Treasure Valley continues to grow, one driving tactic could save commuters time and headaches

Bird tells users not to use the electric scooters on sidewalks unless local law requires or permits it. But in Boise, they are allowed on sidewalks, the Greenbelt, and on the streets in Boise, as long as riders follow traffic laws.

One of the only requirements that most electric scooter companies mandate is a valid driver's license to be shown when making an account.

The rollout of scooters across the Treasure Valley hasn't always gone smoothly. Last October, the City of Meridian asked Lime to pull their scooters off the streets after a hasty and unorganized launch. The Meridian City Council said that they could be back in mid-March back in February, but they have yet to make a return.

MORE: Meridian takes another step toward bringing back e-scooters

No matter how people feel about the new electric scooter craze, they're going to be sticking around in Boise for the foreseeable future as they're proving to be a viable solution to ease some of the congestion on the roads.