'We don't want you here': Note left to former Boise State kicker Tyler Rausa says to go back to California

The former Boise State kicker has called Idaho home since 2013 but said in a tweet that he never thought that someone would leave a note like this on his car. 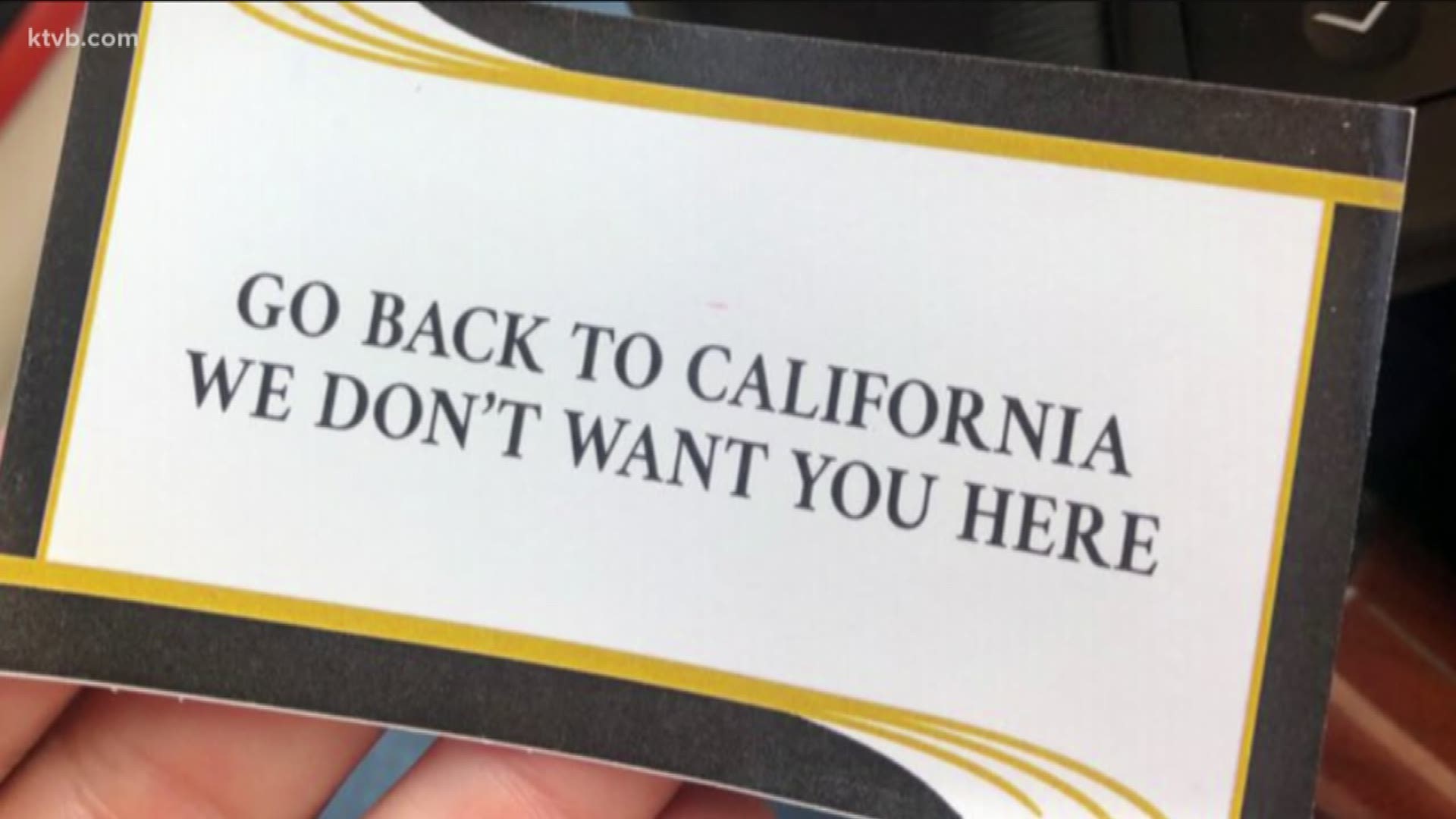 BOISE, Idaho — On Sunday, former Boise State kicker Tyler Rausa found a note that was left on his car while he was working at The Villiage in Meridian with a clear message: "Go back to California."

Rausa, who played for the Boise State Broncos from 2013 to 2016, is originally from Murrieta, CA but has called Idaho home since enrolling at Boise State. He currently works at The Villiage while he pursues a career as a professional football player.

When he left work on Sunday, he initially thought the note that was left on his car was a parking ticket but was shocked to find out what the note actually said.

"I was kinda thrown back a little bit that that was kind of thing, that certain people in Idaho that didn't like people from other states, especially from California, moving in," he said.

Even though he loves living in Idaho and everything that the Treasure Valley offers, the note isn't an easy thing to deal with.

"It definitely is hard, especially now that Boise has grown so much. You're gonna have people that are upset with how much people are coming in, but at the same time, it's one of those things that's a way of life," Rausa said.

Rausa said that he left the California license plates on his car because he travels the country while pursuing a football career.

Even though Boise and the Treasure Valley are growing, Rausa said people should accept the change because of how many positive things the area's growth has brought.

His tweet on the note quickly grabbed people's attention, as most people on twitter were supportive of him.

"Pretty much three-fourths it, everybody was not just supportive but everybody was like, 'Hey, you played here, we love our Broncos, we love everything you've done.'" he said. "It's been nothing but support from people that have seen it and know who I am."

If he was able to talk to the person that left the note on his car, he would have a simple message of his own: Ditch the hate in your life and find positivity in your life instead.

"You can't always have hate on your mind, hate in your attitude towards different things every day," he said. "You gotta be able to find positivity, you gotta be able to go out every day and try to have the best day of your life because you don't know what tomorrow is gonna bring."

Instead for Idahoans who are reluctant to accept the growth, he wants them to put themselves in other people's shoes who are moving here and be more understanding.