Priced out of the Treasure Valley: Housing prices skyrocket while wages remain stagnant

Home prices are up about 73% in Idaho over the last 5 years while wages have grown just 14% in that same time period, according to the Idaho Department of Labor. 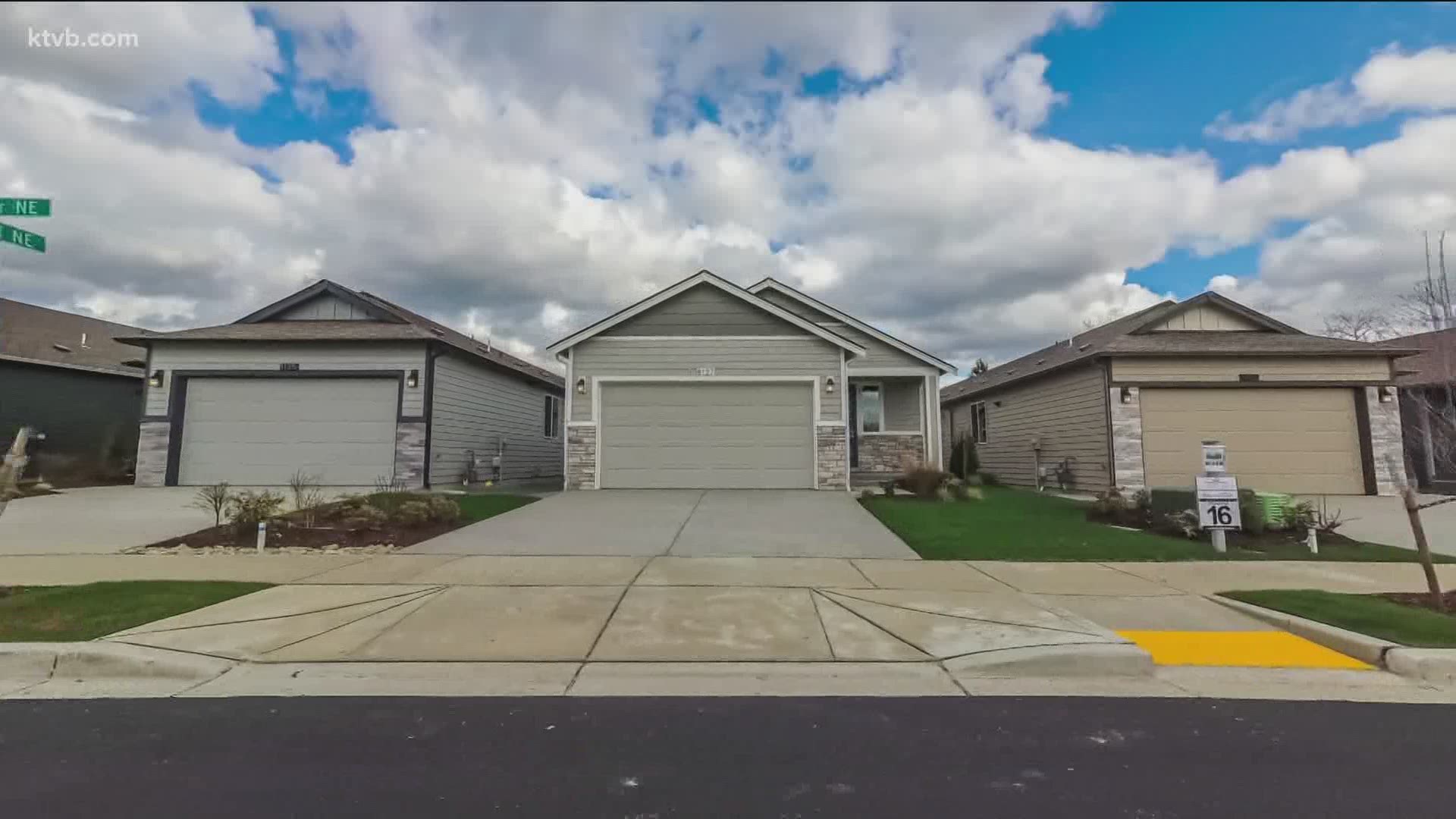 BOISE, Idaho — Owning a house is considered part of the American Dream, but for some Idahoans, the housing market is making the experience a nightmare.

“It's definitely upsetting,” said Logan Robertson, who was born and raised in Boise.

Like so many others, Robertson and his wife can't afford to buy a house in his hometown and now they're now considering moving.

“Hopefully not, because I love it here," he said. "I haven’t moved for a reason, but it is a worst-case scenario that we have had to start considering."

Online real estate listing company Zillow found that, since 2011, homes in Idaho increased in value by 149%. In Ada County, the median sales price jumped more than 200% since 2011.

The fast growth has created a limited supply of housing, according to Wills, which is driving up home prices.

Boise Regional Realtors found the median sales price of homes in Ada County this past January hit a record $454,000, up 30% from the same month last year.

“How can this be fixed? Well there's a couple of ways to fix it," said Matthew Gardner, chief economist at Windermere Real Estate.  "One of the ways is you can increase your construction. Now if you build more homes, add on more supply, even though you have a finite amount of demand that can cause home price growth to slow.”

He explained that the trouble is the Treasure Valley housing market is selling too quickly and the cost of building a home also continues to increase.

“The builders are out there building like crazy, but of course, land is expensive, so new construction tends to be a little bit higher than existing,” said Susan Semba, Idaho Housing and Finance Association's executive vice president of homeownership lending.

“It's kind of a growing pain,” Gardner said. “At some point, home prices will start to slow down, the rate of appreciation will because there must always be relationship between home prices and incomes.”

“It's not a secret that housing prices in Idaho have rapidly outstripped wages,” said Sam Wolkenhauer, regional labor economist for the Idaho Department of Labor.

He told KTVB that home prices are up about 73% in Idaho over the last five years, while wages have grown just 14% in that same time period. That disparity is a major concern for the department.

“The price of housing is one of the main economic issues that Idaho has to work through,” Wolkenhauer said. “Idaho is pretty much the fastest-growing state year after year in terms of population.”

Gardner noted that the disparity is often attributed to out-of-state buyers.

“People are being priced out,” he said. “You're starting to have the haves and the have nots. Often times those who "have," are coming from other states, making it hard for those who have been here, to compete."

Said Robertson:  “It's like a college football team trying to go up against a professional football team. There needs to be something that can be done for local people to be able to stay local.”

The median hourly wage in Idaho is about $17 an hour, which is about $35,000 a year, according to The Idaho Department of Labor.

“There's not really any nice way to put it, Idaho is a lower waged state than most of the rest of the country,” Wolkenhauer said.

But why do Idahoans, generally, make less than the rest of the country?

Wolkenhauer told KTVB that it's a mixture of the types of jobs and industries in Idaho and the fact that Idaho workers are compensated less for the same jobs.

“A lot of this is linked to Idaho’s really long-standing identity as a low cost of living state,” Wolkenhauer said.

So what can you do when looking for a home in this booming housing market?

“Strategy is huge right now in this market,” Wills said.

He recommends reaching out to a realtor or lender to find out where you stand, keeping a realistic expectation of what you can afford. One advantage home buyers have right now is all-time low interest rates.

“That means the average family they can afford to pay 10% more for a house because of that mortgage rate,” Gardner said.

Added Wills: “So the lower interest rates are helping people not only refinance their home but get into their home at a low-interest rate keeping their monthly mortgage payment low."

Semba recommends taking a home buyer education course, especially if you're a first-time buyer. It's a free course for anyone who makes less than $59,000 per year.

“And what it does for you, is it takes you through all of the steps, so what it's like to be a homeowner, what you have to do to qualify for a loan, what kind of loans there are,” Semba said.

IHFA also has affordable programs that offer homebuyers up to 6.5% on down payment and closing cost assistance.

“That will definitely get you into a loan with hardly any money out of your pocket,” Semba said.

While there isn't a crystal ball to show us what the next five, 10, or 15 years will look like for the Treasure Valley, experts said there are some signs that the market is building toward a better future for all Idahoans - both those raised here and those who just moved here.

“Hopefully we could see some more development occurring, we could see some denser development, smaller homes, smaller lots," Gardner said. "Those could potentially come in at a price point more affordable for the first-time buyer but a lot of builders certainly have been focusing on the more expensive houses purely because it is so expensive to build.”

There are also hopes that Idaho's wages will increase to a more competitive level.

As for Robertson's American Dream, for now, it'll remain a dream, but he's hopeful.

“Hopefully things will change," he said. "Hopefully construction will start catching up and homes will be built and it's just a matter of sticking it out until things get better."

Experts are predicting 2021 to be another strong year for the Idaho housing market.

Because COVID-19 caused people to reconfigure how they work, Gardner doesn't foresee remote work going away, and that means people can potentially move from expensive areas to more affordable places, like Boise.

As for wages, the Idaho Department of Labor said wage growth in the last two years did accelerate over 3%. They're hopeful that will pick back up once the pandemic is over.

Last year, Gov. Brad Little signed into law something known as a ‘First-time Homebuyer Savings Account. It's similar to a health savings account and can be another helpful resource for anyone looking to buy a home for the first time.