Residents are also worried about the high cost of housing and rising property taxes. 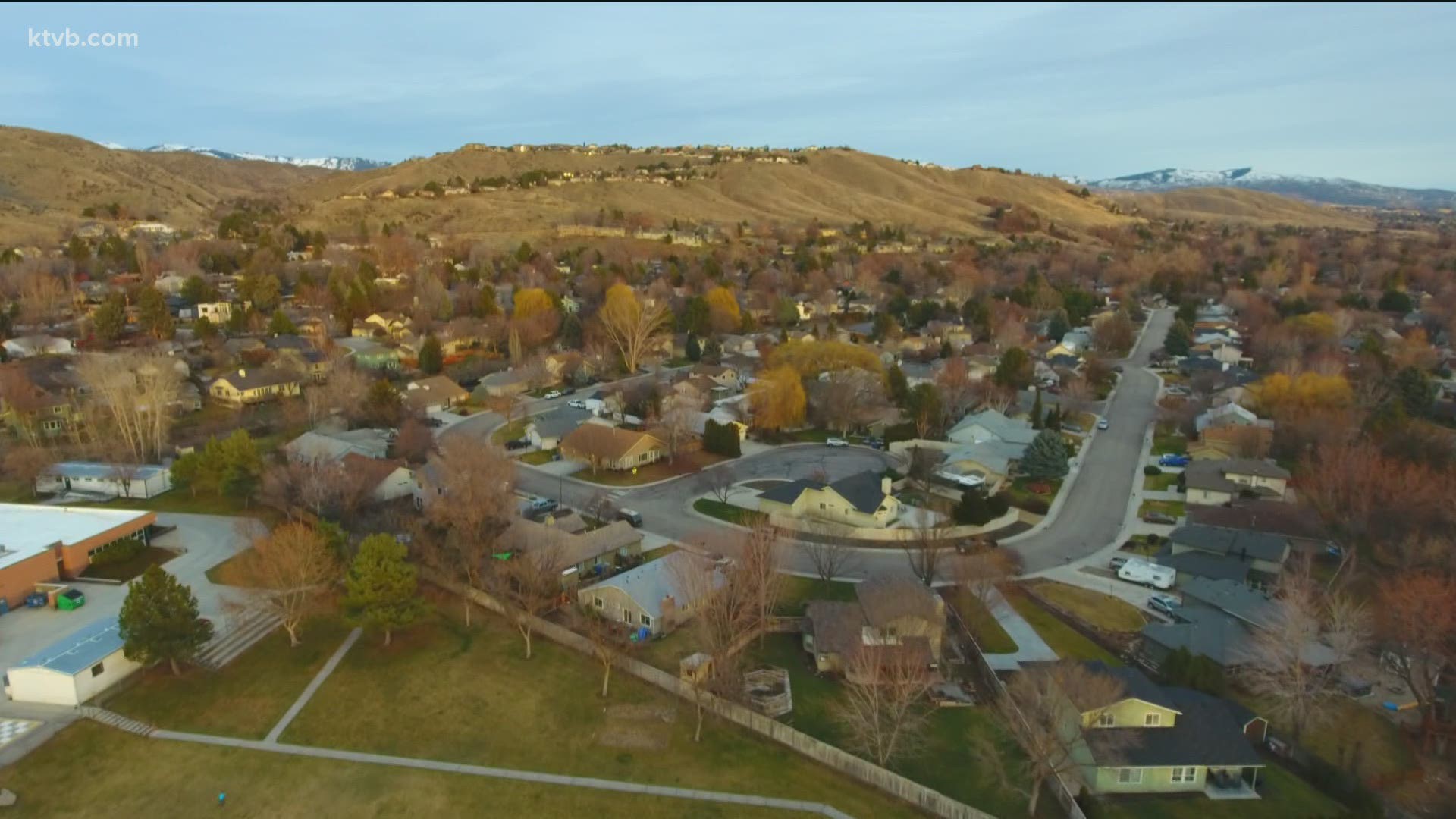 BOISE, Idaho — The explosion of growth in the Treasure Valley in recent years is a big cause for concerns among residents, according to a new report from Boise State University.

A majority of residents believe that the growth is occurring too fast and many are concerned about high housing costs and property taxes.

"The unprecedented population growth in the Treasure Valley requires decision making that meets the needs of the changing region," said Vanessa Crossgrove Fry, interim director of Idaho Public Policy Institute and an associate research professor in the School of Public Service. "This survey and resulting report can help leaders understand communities' experiences regarding housing, transportation, and other salient issues."

The study was authored by Jeffrey Lyons and Matthew May. Lyons is also an assistant professor for the School of Public Services at Boise State.

“People in the Treasure Valley are really feeling the strains of the rapid growth we're experiencing,” Lyons said. “The growth that we're seeing all around us is being felt by people and they tend to think it’s occurring too fast."

Boise State researchers found that many others felt that way. 78% of people out of the 750 surveyed agreed with the sentiment. It has also dramatically increased since the first year of the study in 2016. At that time, around 40 to 45% of people thought the Treasure Valley was growing too quickly.

The study also looked at who has moved to the Gem State in the last ten years. Nearly 52% of folks said they are Republicans. Compared to 34% who said they are Democrats. Lyons pointed out that a lot of Republicans are moving from the Golden State.

“There's a lot of Republicans in California and that is a large piece of who we see moving here," he explained.

“45% is a lot of people who think property taxes are too high,” Lyons said. “So, that does suggest there is a real need to address the issue.”

“When we go out and we try to contact a representative sample of the region, we see there is actually a fair amount of folks who think their property tax rates are okay, are about right,” Lyons said.

People were also asked their biggest concern as it pertains to property tax. Half of the people who took part in the survey said the unpredictability of taxes due to rising home values was their number one concern. That was followed up by additional bonds and levies for school districts and then no concerns.

“I was a little surprised to see up in that 50 percent range,” Lyons said.

Then the survey analyzed if housing is causing financial strain. Nearly 53% said no. About 45% said it is by either a little or a lot. However, renters differed from homeowners on the issue.

“It’s actually 81% of people who rent who says cost of housing places a strain on their financials,” Lyons said. “On the other hand, if it’s just looking at homeowners, its actually down to 33% of those who own their home.”

Lyons has been a part of this survey from its beginning. One thing that sticks out to him, apart from how fast is the area growing, the answers aren't all that different.

“It’s actually how remarkably consistent responses are,” he said.

The survey's key findings include:

• A large majority of people believe that the Treasure Valley is growing too fast, a trend that has changed dramatically since this question was first asked in 2016. These concerns extend to some of the consequences of growth, especially with regard to the cost of housing and property taxes.

• Nearly half of the people sampled reported that the cost of housing was placing a financial strain on their household, with renters feeling these effects more acutely than homeowners.

• Nearly half believe that property taxes are too high, with a majority expressing that their primary concern with regard to these taxes is their unpredictable nature.

• Growth has also impacted the region's transportation needs. The COVID-19 pandemic has brought changes to commuting patterns in the region, with nearly half of workers reporting that they work from home at least part time.