Topgolf coming to the Treasure Valley

The worldwide entertainment, restaurant and sports bar brand will build its 73rd venue in Meridian. 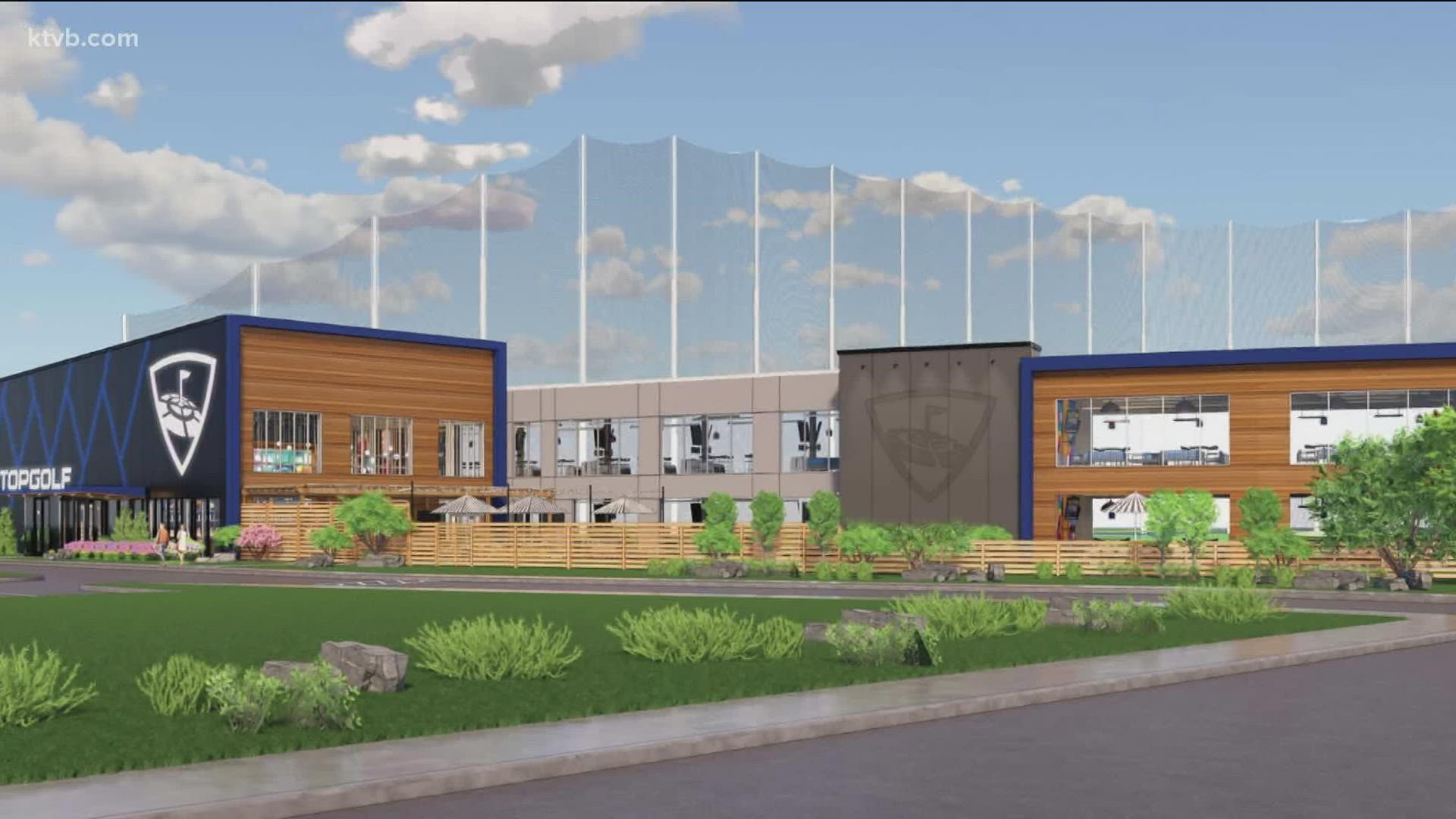 MERIDIAN, Idaho — The fastest growing state in the country is showing no signs of slowing down. And more proof of that can be found in a blockbuster announcement from a worldwide leader in restaurant and sports bar entertainment.

The next phase of the new Eagle View Landing development on the corner of the Interstate 84 and Eagle Road will include Idaho’s first and only Topgolf venue.

"We've been looking about four years,” said Tanner Micheli, Top Golf’s director of development. “It’s a one store market.  We wanted to make sure we were at Main and Main, and we think we found it here and we're really excited about what’s to come."

The Main and Main he is talking about is one of the state's most coveted and valuable pieces of property located in the center of the Treasure Valley. It is an 80-acre parcel that has already seen the rising of a six-story office building where Idaho Central Credit Union settled in as the major tenant, along with two retail buildings.

They are now breaking ground on the construction of two hotels, a near 400-unit apartment complex, a 150,000 square foot office building -- all complementing the crown jewel. And that is one of the most popular entertainment venues in the metro areas where they reside: Topgolf, which will open its 73rd location in Meridian, Idaho.

"We've opened up in Dubai and Vegas, and wherever we open everybody is commenting on the social networks 'when are you coming to Boise?'" Micheli said.

The Lowe family farmed what was known as the Farmstead for 20 years. The farm turned into the state’s most elaborate corn maze for families to visit every fall.

Boise developer Tommy Ahlquist said honoring the legacy they built here was important in developing the next phase of this piece of Idaho's history.

"Every year, multiple times a year, I would come here with my family!  We loved it," he exclaimed. "It was the highlight of the entire year!  The Lowes leased this property, which had been zoned as commercial property for 20 years.  We came in with Idaho Central Credit Union President Kent Oram and we bought it and said, 'hey it’s time for the next chapter.'”

The formal announcement will include Meridian Mayor Robert Simison, along with other local dignitaries but will also include the Lowe family who’s legacy Ahlquist plans to acknowledge.

“We're inviting them to our event tomorrow," Ahlquist said. "They're a great family with a heritage of farming, hard work, corn maze, and more. Think of it all! It all happened right here. So, we're just thrilled that the next turn of this property is better than that - if you can imagine - it will be even better."

The timetable for completion falls somewhere in the 12- to 18-month range.
But, for those who have hoped Boise would someday land on the Topgolf radar, that day has finally come.

"We create moments for everybody and when you do that great things happen," Micheli said. "Big things happen at a big level, globally, but also at the individual venue, and we can’t wait to bring it to the Treasure Valley, the Boise market, to Idaho in general."

"We're pumped about this man!"

And so is southern Idaho.

Micheli says watching what this market has done here in the last couple of years he thinks the two-decker facility they are planning to build really here should be a three-decker facility.

The official ground breaking with dignitaries and a dozen golden shovels happens Wednesday at noon. KTVB will be there and show you the scene.