The resort has filed for a special use permit with Forest Service that would greatly expand operations with six new aerial lifts including a 10-person gondola. 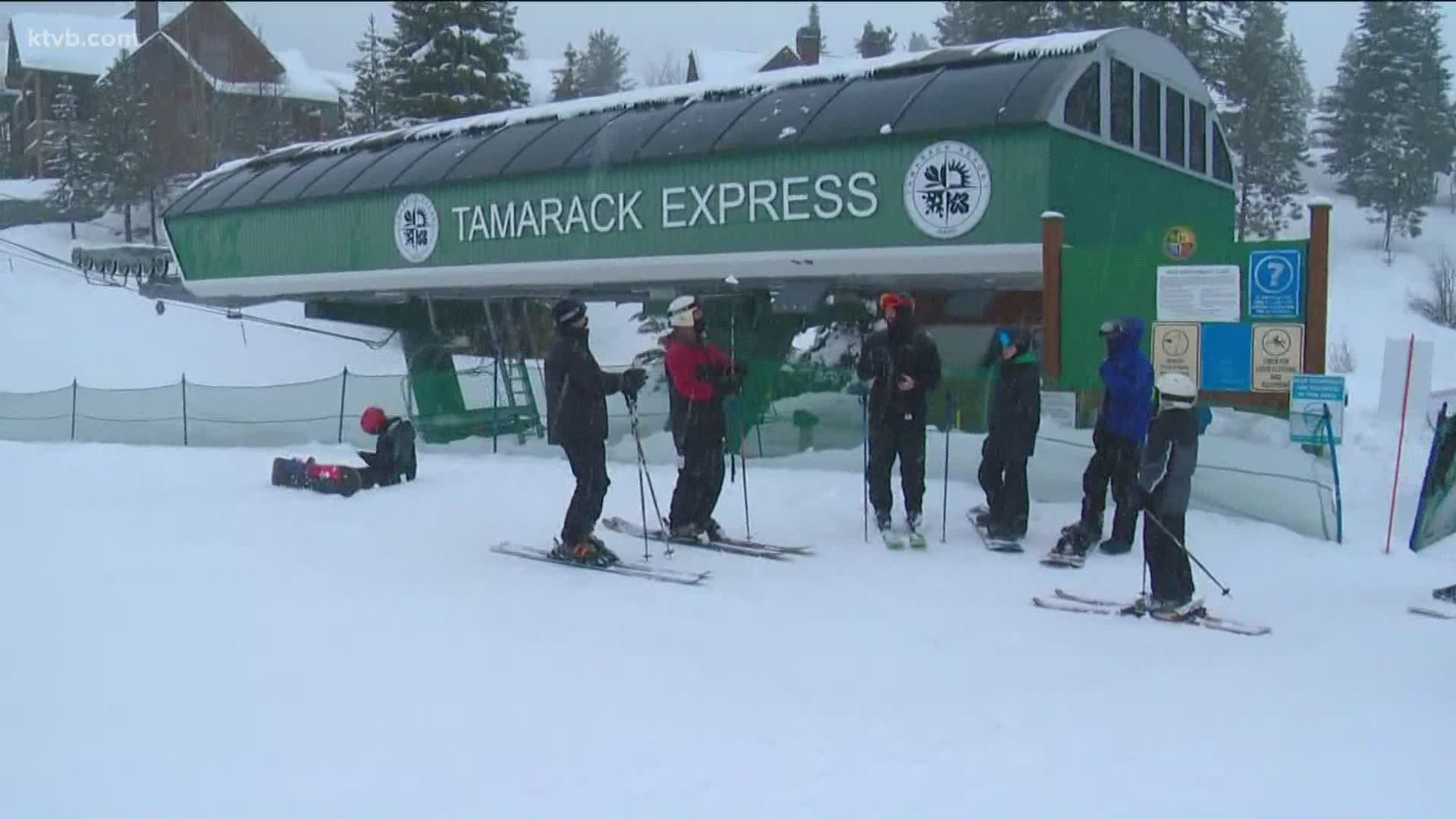 DONNELLY, Idaho — As more snow continues to fall in Idaho’s mountains, Tamarack Resort is looking to the future with an ambitious expansion plan.

The all-season resort near Donnelly has filed for a special use permit with the U.S. Forest Service to more than double its mountain terrain for winter and summer recreation.

"It's kind of the bringing to fruition the original vision of Tamarack," said Tamarack Resort President Scott Turlington. "So, we're really excited to start this process."

Tamarack Resort has spent the past 18 months updating its Master Development Plan (MDP), which sets the resort's long-term development vision and identifies the mountain terrain necessary for expanding winter and summer operations on lands administered by the Boise National Forest.

The final MDP was submitted to the Forest Service last August. Tamarack Resort President Scott Turlington said filing an application for a special use permit is the next step in the lengthy process.

"This application represents another step in the process of completing the grand vision of Tamarack Resort. We've all worked hard to get to this point, and we know a lot of work remains to be done," said Turlington. "We look forward to continuing to work with the professionals at the U.S. Forest Service, and we are eager to begin engaging the public and other stakeholders in the public process that will soon follow the submission of this application."

In its application, Tamarack is proposing:

• An expanded lift network of six new aerial lifts, including a 10-passenger, base-to-summit gondola, three detachable quads and two fixed-grip triples.
• An upgraded terrain network covering an additional 3,300 acres.
• Enhanced guest services facilities, including a year-round facility atop Lone Tree Peak that would serve as a destination for the base-to-summit gondola for both scenic lift rides and dining.
• Expanded all-season operations, including nearly 20 miles of new hiking and mountain biking trails covering approximately 980 acres.
• New recreation offerings, including a via ferrata area — a climbing route that employs steel cables, rungs and ladders affixed to rock — and a mountain coaster.

"Really, it's all about timing and Tamarack as a resort has always been about timing in general, with our current ownership group, the great thing about the resort is that we have zero debt on the resort today, we're in a very different situation than the resort has been in previous years," Turlington said.

Tamarack plans to meet with Valley County community leaders in the coming weeks to walk through the proposal and continue its outreach with local stakeholders.

The proposed terrain expansion will be subject to the National Environmental Policy Act, or NEPA, which will require a public comment process before a special use permit can be issued.