The developer wants to rezone the land near Boise Avenue and Protest Road and build a new apartment complex there. 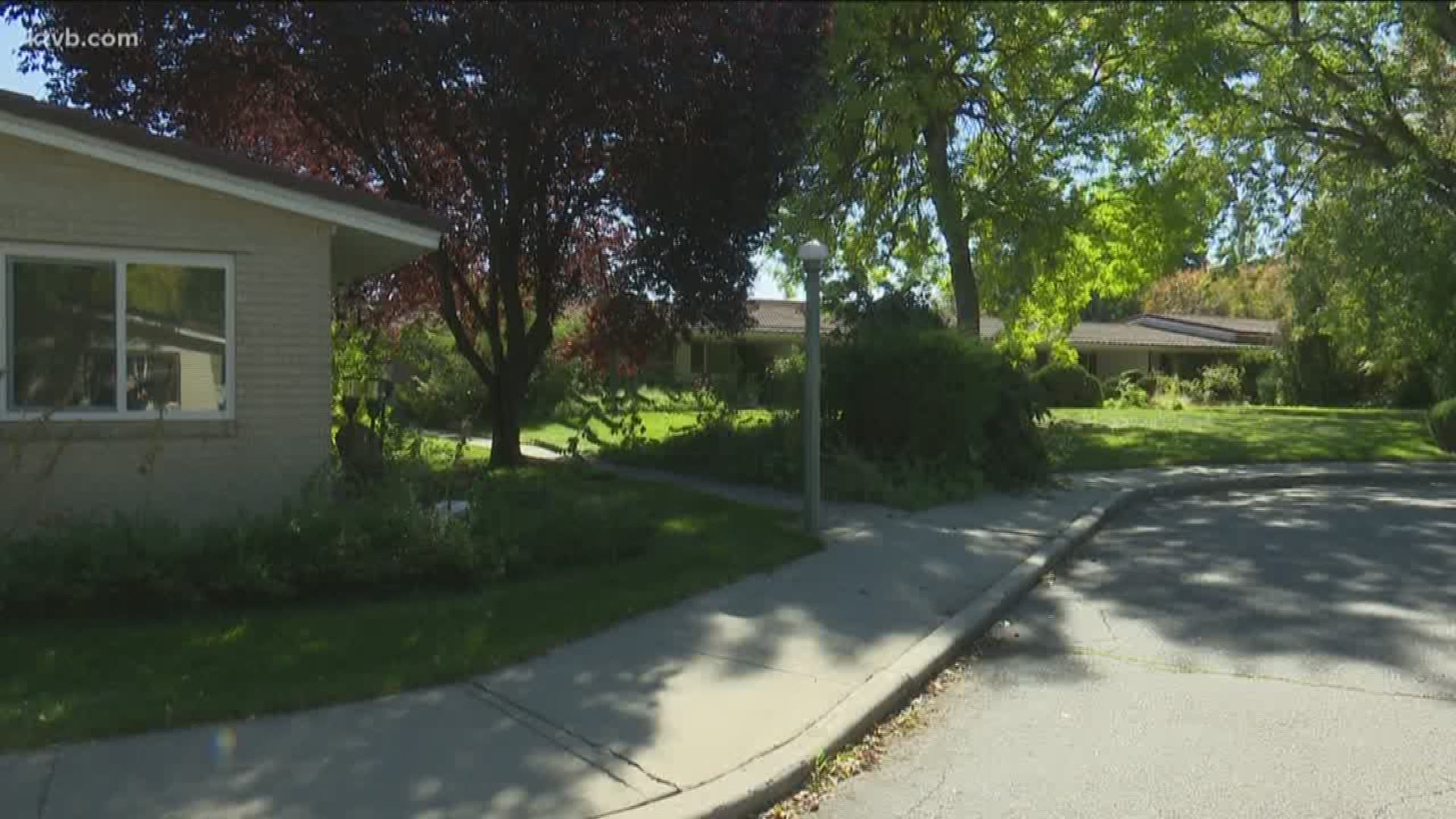 BOISE, Idaho — A group of residents living near Boise State could soon be evicted if plans to build a new apartment complex move forward.

Residents living in the 20-unit affordable housing complex on Boise Avenue near Protest Road received a notice in the mail on October 3 from the Land Group.

The developer told residents of its plan to apply to rezone the land for apartments, and invited all tenants to provide feedback at the neighborhood meeting Thursday night.

"At the moment I absolutely oppose this," resident Karen Daggs said. "The letter from the developer says 'we look forward to your participation and support' and I'm greatly curious about what they might say."

Another resident was a bit more blunt.

"It's wrong, that's what I think about it," Dianna Murphy said.

RELATED: Affordable shipping container homes in Boise offer a new beginning for those struggling with housing

The Land Group's rezoning proposal will include the site of the vacated Maverik convenience store on the corner of Boise Avenue and Protest Road.

Daggs, a single mother, described the general feelings of her neighbors if the Land Group's application is approved.

"Nervous and scared, ya know? We don't know what's gonna happen and how it will resolve and where we will have to go to have comparable housing," she said.

According to a study conducted by Colliers International earlier this year, the overall average rent in Ada County is $983 a month.

Daggs said that even with the affordable rent she has now, it's still a challenge to get by.

"I just know that several other of my neighbors work multiple jobs or a lot of hours just trying to afford staying here," she said.

Daggs worries she might have to leave Boise to find affordable housing if the application goes through, but she doesn't want to pull her son from the Boise School District.

"That'll disrupt his life, and mine so that's a huge concern for me," she said.

Murphy, a social worker in Boise, wants to avoid a lengthy commute from outside the city. She has entertained finding another place in Boise, but hasn't been able to find anything reasonable.

"Otherwise, I won't have a place to live," Murphy said. "I have to at least try to say something."

Daggs was also hoping the company representatives would listen to residents' concerns.

"Either they are a company with integrity that cares about people or they're a company motivated by money," she said. "That's all that matters."

The neighborhood meeting was at the Holiday Inn on Parkcenter Boulevard, where company officials released more details about their plans as well as taking feedback from residents.

According Boise city planners, the Land Group will not be able to apply for the rezone until October 29th.

Usually all applications go through the Boise Planning and Development Commission for approval, but a rezone application also needs City Council approval, which can take between six months and a year from the time of application.