Homeless shelter directors say they're seeing more people forced to stay at shelters because they are being priced out of their rental units. 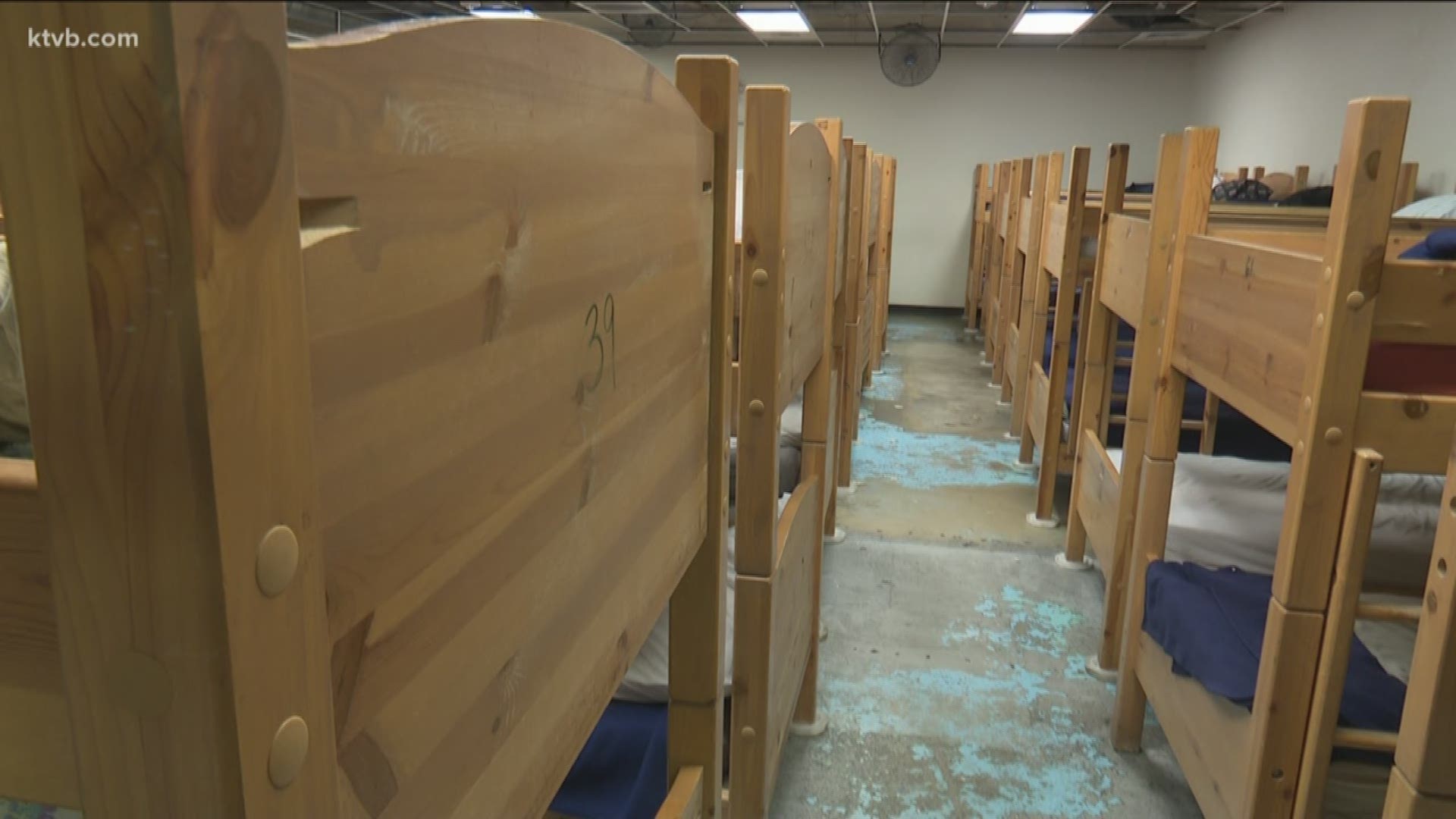 BOISE, Idaho — High demand and low inventory in the scorching hot Boise housing market is causing a steep upward trend when it comes to rent prices.

For some residents, the increasing rents and lack of available affordable housing leaves them with few options, and in some cases they are resorting to staying at homeless shelters.

A new study by Apartment List shows median rent prices in Boise stand at $730 a month for a one bedroom, and $930 for a two bedroom. This is the second straight month the city has seen rent increases. According to the study, Boise's year-over-year rent growth leads the state average of 1.2 percent, as well as the national average of 1.5 percent.

In March, the average Boise rental listing price was $1,395, according to Zillow.com.

Boise resident Jessika Moore knows first-hand how frustrating it is to get a notice about a rent increase. She has a full-time job as a community healthcare worker at a local mental health facility. She’s been living in a duplex for the last four years near the airport.

She just got a letter though on Monday notifying her that her rent would increase in July from $875 to $1,050 a month.

She could be forced to move into a homeless shelter with her two kids.

“Very likely at this point, I don't want to inconvenience my family or friends, but I will do everything in my will power to avoid moving my kids into a shelter,” Moore said.

She has until July to move out, but a problem in Boise is the fact that there is a low vacancy rate for rentals. This means it is harder for someone to find a place to rent, especially an affordable one. This is just one of the problems keeping Jacquelyn Smith in the Interfaith Sanctuary with her three kids.

"We had a roommate that kind of ruined our house, lost our house and then ended up down here,” Smith said.

It hasn't been easy to put a new roof over their heads. Smith said she needs plenty of space for her and her three kids.

“With the number of rooms I need, it's a little expensive,” she said. "It's affordable and it's availability."

Smith is currently unemployed, but is currently looking for a job. She also is planning to start school at the end of the month to study cosmetology.

“I'm actually going to be starting college come the end of this month, that's a big achievement for me,” she said.

It's a problem Jody Peterson is seeing more of. She runs Interfaith Sanctuary and says about 25 percent of people at the shelter have full-time jobs, but could no longer afford to live in their homes.

"Just seeing a lot of people coming to the shelter who were housed, but because of the increase in their rentals they weren't able to stay where they lived,” Peterson said. "And there is just no housing to be found, so they came to the shelter and are currently looking for housing."

Interfaith Sanctuary works collaboratively with CATCH, a group that is aiming to end homelessness for families by inspiring stable housing and financial independence, in order to get these people back into homes.

“Anytime someone is looking to get housing while staying at the shelter, they do this program called coordinated entry, it's a central system that puts anyone that is homeless into a housing system and it gets all their qualifications,” Peterson said. “There are different voucher programs available for different people, like vets, or families or single adults.”

One problem she runs into is the fact that property managers are not required to accept a voucher.

“Since there are so few vacancies, property managers really get to pick and choose who they believe will be the best candidate for that apartment,” Peterson said.

RELATED: Here are the average home and rental prices in each Treasure Valley city

A solution to this issue is creating more affordable housing, but it’s not that simple.

“It has to come from a generous group, you can't actually put all the ownership on people who make their living on building housing,” Peterson said. “Because they have to make money on the other side of it, so you have to be innovative.”

“I just think we need to be more innovative, I think we can't just look towards one group of people to make affordable housing happen,” Peterson said.

MORE: Affordable shipping container homes in Boise offer a new beginning for those struggling with housing

Overall, this pricing out situation is one Moore wishes she could avoid, but she simply cannot make the new rent payments. She said she’s tried to contact her landlord but hasn’t heard back.

"I've already manipulated our food budget, I'm a single mom with two kids and I have $111 total with pulling from every part of my budget,” Moore said.

The Boise Rescue Mission, which operates another local homeless shelter, said that around 25 to 30 percent of the people staying there are working full time jobs. They said they’ve also seen more people priced out of their homes resorting to staying at the shelter.