25 years ago, 160-acre property was promised to be a park but now Boise moves to use it for housing

Murgoitio Park is 160-acres of undeveloped land in Southwest Boise that has been untouched for more than 25 years. The city is now moving to do something with it. 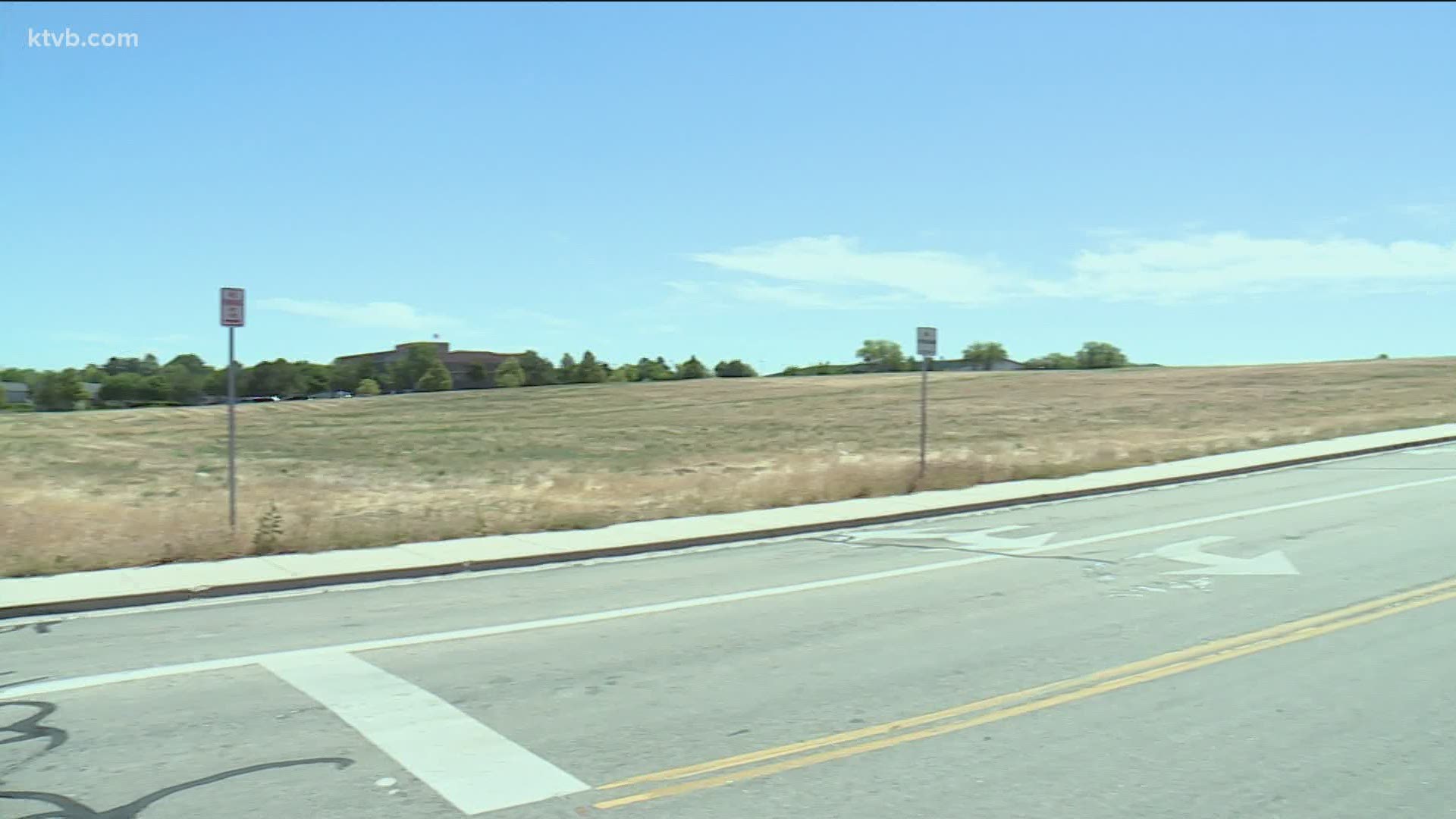 BOISE, Idaho — Residents near 160 acres of land that's currently undeveloped near Victory Road in Southwest Boise are now using #Dontstealourpark on social media after the city started working on a plan that would bring much-needed housing to the Treasure Valley.

For decades, the 160 acres of property were intended to be turned into a park. Now, the city has other plans.

Neighbors say they were promised that the area, known as Murgoitio Park, would be developed into a park, more than 25 years ago. Now, there's a proposal in the works to swap the decades-old future park site for land in the Boise Foothills.

People, like Marian Herz, have heard promises of a park for decades, but Director of Boise Parks and Recreation Doug Holloway told KTVB that the city bought the land with the idea that if need be later down the road, there would be plenty of park space to accommodate new residents.

He added that they were preparing for that annexation piece which never came to pass. The development of the park was put on the back burner because; one, the city didn’t have a need for it without the annexation piece, and two, the cost to develop a park of that size is extremely expensive.

He said there have been no plans to develop the park or do anything with it in recent years.

That was until a local developer approached the City of Boise with a proposal to trade property in the Boise Foothills for Murgoitio Park.  The developer would then work with the city to develop housing on the property, cutting the park from 160 acres to seven acres.

“Those of us in the southwest part of Boise are saying, 'Wait a second, we don’t have any parks,' this has been promised since actually 1993 was the first place it was promised it just doesn't seem fair that we pay the park fee and our taxes it's been promised for 24 years or more and now you want to say, 'No we're not going to get it,' we've been waiting for this park,” said Marian Herz, who lives near the park site.

Holloway said Boise's priorities have changed since it bought the land and now the city is prioritizing new housing.

“We totally understand how they feel, thinking for the last 25 years that a 160-acre parcel would become a park,” Holloway said. “It's hard to change that thought process in how the city council is thinking if they have the opportunity to get a number of housing units and how important that is to the city in this point and time, it's very difficult for people to understand that, and I get that and I know, the mayor and city council get that, but I think they also understand how important  it is to our citizens, our taxpaying residents.”

He added that there were a number of conditions applied to the city when they acquired the property. Neighbors told KTVB that included that the land would be used for recreational purposes, not residential.

However, Holloway explained that there’s a difference between a condition and a deed restriction, which generally accompanies a piece of property that's donated to a city. This particular parcel was purchased by the city and there were no deed restrictions.

The city council can remove these specific conditions with a vote, according to Holloway.

The city is holding a meeting Thursday on the potential annexation of the land.