Amidst neighbor concerns, new subdivision in southwest Boise gets approval for next step 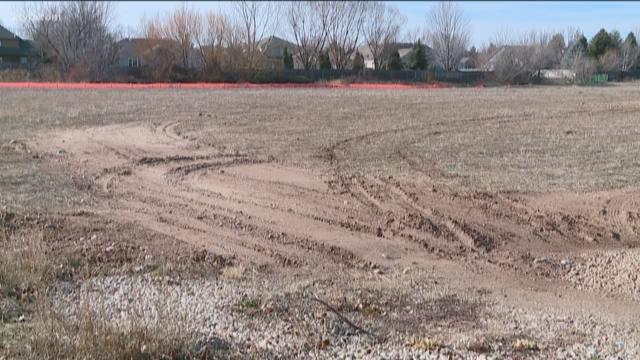 The project is being proposed by Conger Group, a Boise-based development company. According to their website, they have many projects in the Treasure Valley, and stretching into Valley County.

The proposed development would be built on undeveloped land near the intersections of Overland and Five Mile roads.

The homes would be right next door to a Fred Meyer, and close to two shopping centers and an Albertsons.  The city of Boise defines this area as a community activity center.

The developer is proposing 36 single-family detached homes on part of the property. The other portion would be reserved for two office buildings.

RELATED: Boise denies proposed development as residents voice frustration: 'I am fighting for my neighbors'

The homes would be 900 square feet, and have a single car garage.

Even with all that working in its favor, neighbors still didn't like it.

“The neighbors’ concerns mostly had to do with the density of the project,” Southwest Ada County Alliance President Marisa Keith said. “The design of it not conforming with the surrounding neighborhoods and a big part was the safety concern of the creek here.”

RELATED: Development road map: Here's what's coming along I-84 from Boise to Nampa

The creek being referenced is the Five Mile Creek. Keith went on to say the neighbors are concerned about no fence blocking the creek and the neighborhood and the possibility of little kids drowning in the creek.

The neighbors also don’t think the design of the homes blend in with the surrounding neighborhoods.

“Change is hard, we are rapidly changing area out here in southwest Boise,” Keith said. “It's hard and difficult to accept that change and know it's going to bring more traffic and more crowded schools and all the issues growth brings.”

Southwest Ada County Alliance is the neighborhood association that represents this region of the city. Their board doesn't oppose this project, but they were at Tuesday night’s meeting fighting for the people who live near the proposed development.

Planning and Zoning is the final authority for planned unit development applications, but the actual land subdivision will move on to the City Council. That’s according to SWACA.

The approval can be appealed by a neighbor, forcing it to go to City Council. They have 10 days to do that, otherwise the PUD will be final.