The study by Apartmentlist.com compared the median rent price for 1 and 2 bedroom apartments in March and October. 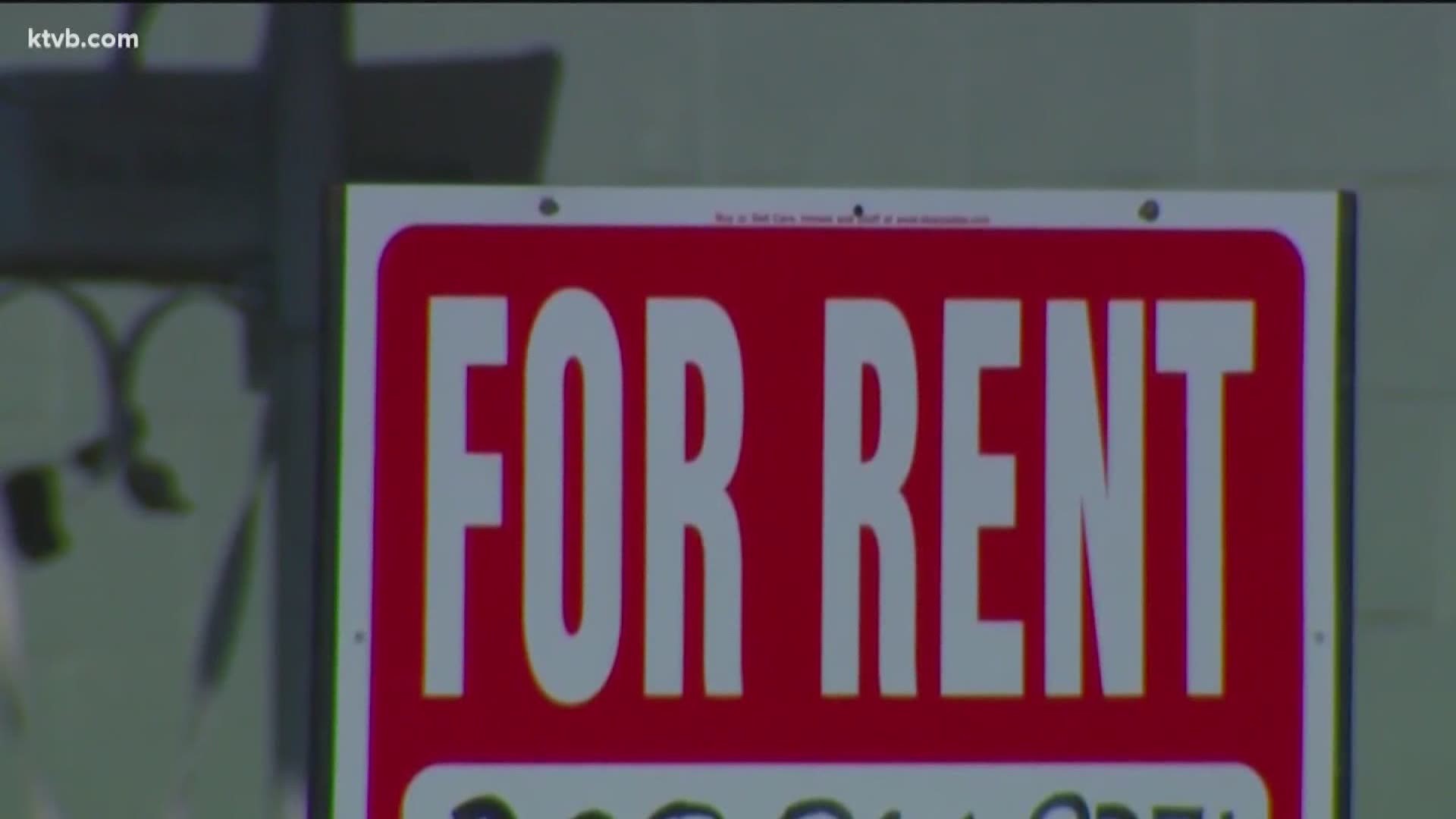 BOISE, Idaho — Rent, like home prices, is on the rise in Boise. Since COVID-19 first hit Idaho, rental prices are up by 9.4% according to a study conducted by Apartmentlist.com.

In some cases, steep rent increases are forcing people out of their homes at the worst possible time.

“We have just been supporting as many tenants as we possibly can,” Jesse Tree Executive Director Ali Rabe said. “We've been hearing from 500 households in the Treasure Valley every month who can't pay their rent.”

Rabe said the nonprofit has been able to help around 100 of those people with supportive services, and about 50 with rental assistance services.

“We've just been really busy doing what we do," she said. "We were in a housing crisis before COVID happened."

It doesn’t help that rent has increased by more than 9% since the pandemic started.

“That increase was no surprise to us,” Rabe said. “Even though we're in a pandemic, we are also still in a housing crisis and it’s not getting any better.”

The study found the difference in rents by comparing median rent prices from March to October.

Rabe told KTVB that normally Jesse Tree works to keep people in their homes, but lately the organization is hearing from people who need to move because they’re being priced out due to rent increases.

“There is just nowhere to go,” she said. “A lot of our clients are having to move out to more affordable areas of the Treasure Valley like Canyon County, Parma, even Wilder, we've seen people move out there.”

Year over year, Boise's rent has increased at a higher rate than some regional big cities, according to Apartment List’s study.

From Oct. 2019 to Oct. 2020, the rent increased by 7.4%. Meanwhile, rent in Denver, Portland and Seattle all decreased over the same time frame.

“It’s definitely a supply and demand issue, we have not kept pace with growth with our housing,” Rabe said. “The vacancy rate is still really low, especially for affordable housing.”