Albertsons broke ground on its newest store on Tuesday. Throughout Star, new construction is evident as the city tries to keep up with the influx of new residents. 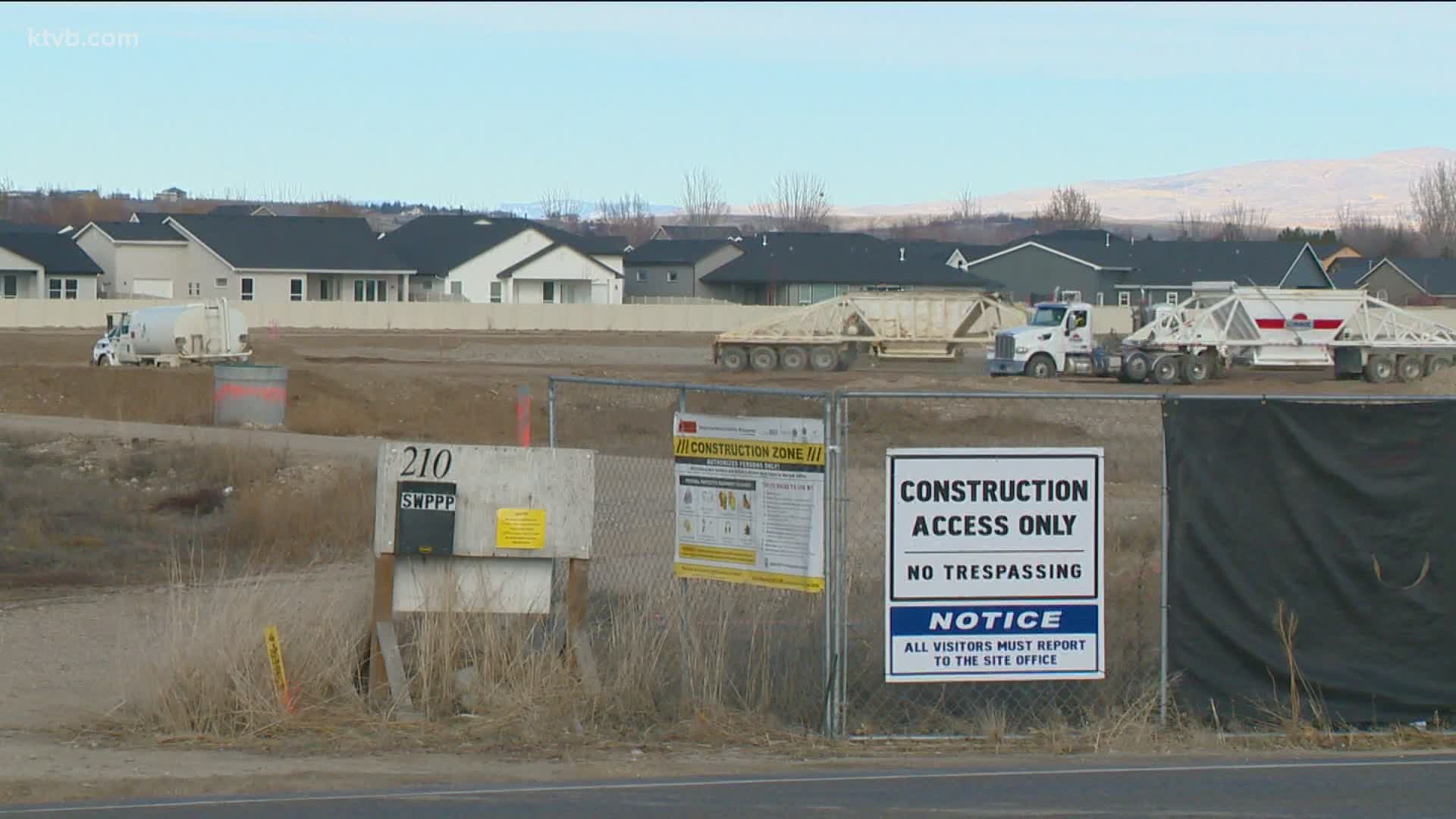 STAR, Idaho — Albertsons has broken ground on its newest location in Star, Idaho.

One of the big reasons behind the Boise-based grocer's expansion in Northwest Ada County is a population boom in the area.

According to U.S. Census Bureau statistics, there were around 5,700 people living in Star in 2010. Just over a decade later, that number has at least doubled, if not more, according to the city's mayor.

An Albertsons spokesperson said they've been looking at putting a store in the fast-growing town for a while. They say it’s the perfect location and one major reason is because of the growth here.

“Star is a growing community, there's a lot of people moving to that area and it’s been getting quite a bit bigger,” Albertsons spokesperson Kathy Holland said.

The store's groundbreaking was held on Tuesday morning at the corner of State Street and Highbrook Way. In attendance at the event was the mayor of Star, Trevor Chadwick, and members of the Star Chamber of Commerce.

Holland said the location in Star will be good for residents because it will be near several neighborhoods and allow folks to stop on their way home to pick up groceries easily.

The company looks for areas with a lot of growth when opening new stores.

“Because [Star] is growing, we knew that would be a great location for a new store,” Holland said.

The grocery store is just one sign of the city's growth. Throughout Star, new construction is evident as it, like other communities throughout the Treasure Valley, tries to keep up with the influx of new residents.

“I've talked to people that have moved into Star from New York, from Tennessee, Pennsylvania, Arizona, California obviously, Washington and Oregon,” Chadwick said.

Chadwick has lived in the city since the late ’90s. He said the growth happening now has been planned for a while.

“A large portion of the subdivisions that are going right now are things that were approved back in the 2006 and 2007 era before the first [financial] crash,” he said.

Overall, there are still more than 3,500 homes scheduled to be built, according to Chadwick, but the market will dictate when that is done.

“The growth is here, and people are coming to our state,” he said.

He, like other Star residents, is concerned about growing pains. Traffic congestion, crowded schools and affordability are all considerations when he and the City Council look at the city's growth.

“How do you maintain and create that affordability in this climate and environment?” he said. “It’s those of us that have the kids here that you worry about them being able to buy properties to get their lives started.”

One way the city tries to address growth is through its comprehensive plan, which was updated in both 2019 and 2020.

“Our job is to create those comp plans and building codes to make sure we're growing appropriately while allowing those folks the right to sell their properties,” Chadwick said.

The mayor is referencing farmers that are now selling their properties to developers. The Rasti family sold their farm and now there is a plan to construct more than 400 homes on the property over several years.

“This is quite frankly retirement and setting up their families for life, really if you think about it,” Chadwick said.

While the city has grown exponentially over the last two decades, and some residents feel that it's losing that small-town feel, there are some folks who say the growth is good for the city and good for business.

“There is ten-fold opportunity available in Star today than there was in 2000,” said former mayor and current construction manager Nate Mitchell. “The commercial growth and residential growth have complemented itself.”