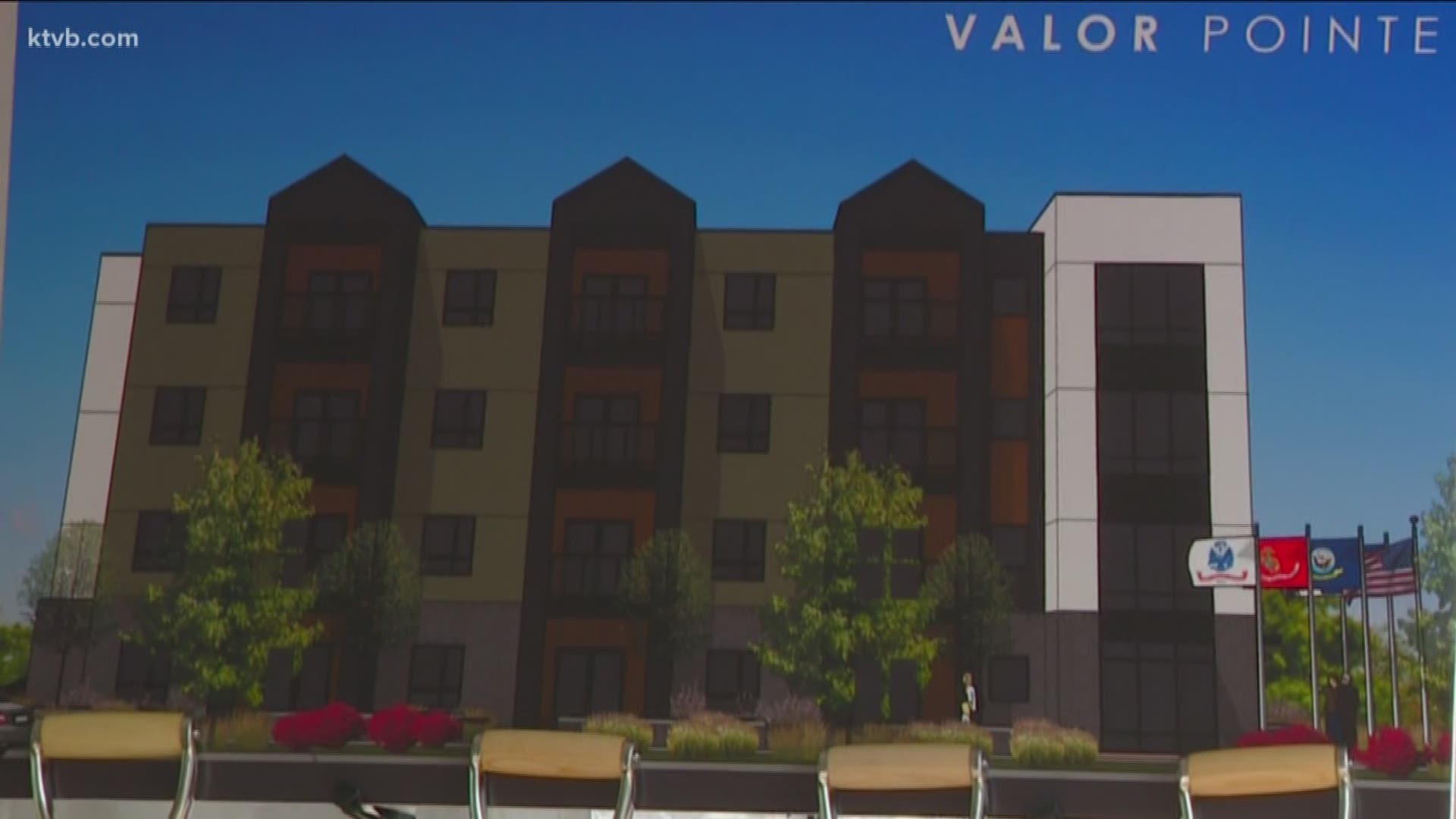 BOISE, Idaho — Solutions to homelessness aren't clear cut but the partners of the Valor Pointe development are doing their part to help by providing homes and services to set homeless veterans down the road to self-sufficiency.

"These types of developments are very difficult to build," Gerald Hunter said, the president and executive director of Idaho Housing and Finance, said. "As you might imagine a chronic homeless veteran doesn't really have much of an income, so the ability to pay a market rent just doesn't exist."

Boise Mayor Dave Bieter said it was an important day for Boise.

"Everybody deserves a home. There's nothing more fundamental than that, and to have homeless veterans is just something that we all gotta be concerned about," he said.

Valor Pointe will cost $6 million dollars to build. Over $5 million of the funds came from federal grants and the City of Boise, while the rest came from local donations.

Operating costs of the facility will be paid for by the Boise City/Ada County Housing Authority, but the Boise Regional Office of Veterans Affairs will be providing the funds for health and social services, aiming to help veterans get back on their feet.

Crystal Duncan is a local Air Force veteran who was in and out of homelessness for over a decade. Now in permanent housing, she spoke at the groundbreaking ceremony to show others that Veterans Affairs services help.

"When I got out of the Air Force, I personally feel like I wasn't prepared to live as a civilian. When I got out, I didn't have a place to go," Duncan said. "It's good to know that [they will] have these resources, and like the mayor was saying, we have the best VA. They know your name, you're not a number - you're a person. You're a human being and that makes all the difference in the world."

Mayor Bieter said the hardest part of the development is already done.

"The easy part comes after this, but they're labor-intensive to get it all together and thanks to so many folks, we were all able to do that and it's gonna be great to open it up and show these folks in for their home," Bieter said.

Valor Pointe is scheduled to be completed by Summer 2020.