After November levy failed by 10 votes, Nampa School District might try again in the spring

The two-year levy would have brought in just over $12 million a year, starting next summer.

The Nampa School District board of trustees heard public comment Tuesday over whether or not to put a supplemental levy on the March or May ballot. The board will vote next week on the levy decision, according to a report from the Idaho Press.

The community discussion follows the levy’s failure on Nov. 5 by just 10 votes. The two-year levy would have brought in just over $12 million a year, starting next summer.

Six community members commented at Tuesday’s hearing, and the board said they have received over 100 responses online.

RELATED: What's next for Nampa School District after its $12 million levy failed by 10 votes 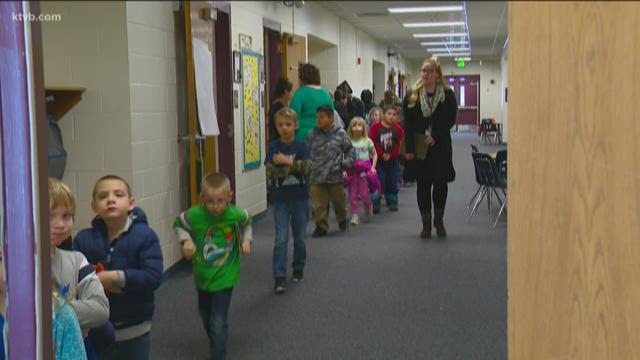 “It is imperative for you to educate voters, but to make it personal,” Hendricks said.

She said she would like to see information sent to voters about what would happen if the levy does not pass.

“How many teachers will be lost if that levy does not pass?” she said. “How does the levy directly help out schools?”

The funding would have helped the district maintain existing programs and services, support operational costs, maintain certificated teaching positions, upgrade playgrounds and buildings, update technology and curriculum, and support an annual independent audit, according to the district’s website.

One person opposed the levy during the public comment period Tuesday.

Stephanie Hailey, who said she has two students in the Nampa School District, voted “no” on the levy on the November ballot. To the board, Hailey said she would like to see the district use its current funds more wisely.

Without the levy revenue, budget cuts would be necessary, district spokeswoman Kathleen Tuck told the Idaho Press last month. The district has not yet determined where those cuts would be. The $12,075,000-per-yer levy would make up roughly 12.5% of the district’s current $96.5 million general fund.

Hendricks suggested the board campaign for the levy with photos of Nampa High School. She said trash cans are strategically placed throughout the school when it rains and the roofs leak. She said the Nampa High School’s principal’s office ceiling recently collapsed.

“During an off election year, you must get the parents out to vote,” she said. “They are the most likely to vote yes because it will affect them personally.”

Voters had supported the district’s supplemental levies, which have a two-year lifespan, since 2009. The current $9.4 million-per-year supplemental levy expires June 30, 2020.

The deadline for the board to make the decision to put the levy on the March or May ballot is next month. The board will meet again next week to deliberate.