Meridian increases off-leash dog fines by up to 400%

MERIDIAN, Idaho — Dog-walkers in Meridian will have to pay a hefty fine — $100 for the first offense — for walking a dog without a leash.

The Meridian City Council on Tuesday unanimously passed an ordinance increasing fines for off-leash dogs, according to the Idaho Press. The council has held two public hearings on the issue.

“I was getting a lot of complaints of people being attacked or chased by off-leash dogs — or simply being afraid of them because they have children with them or they’re elderly,” said Councilmember Genesis Milam, who introduced the ordinance, at a Dec. 3 public hearing.

RELATED: Dogs allowed to be off-leash in two Boise parks 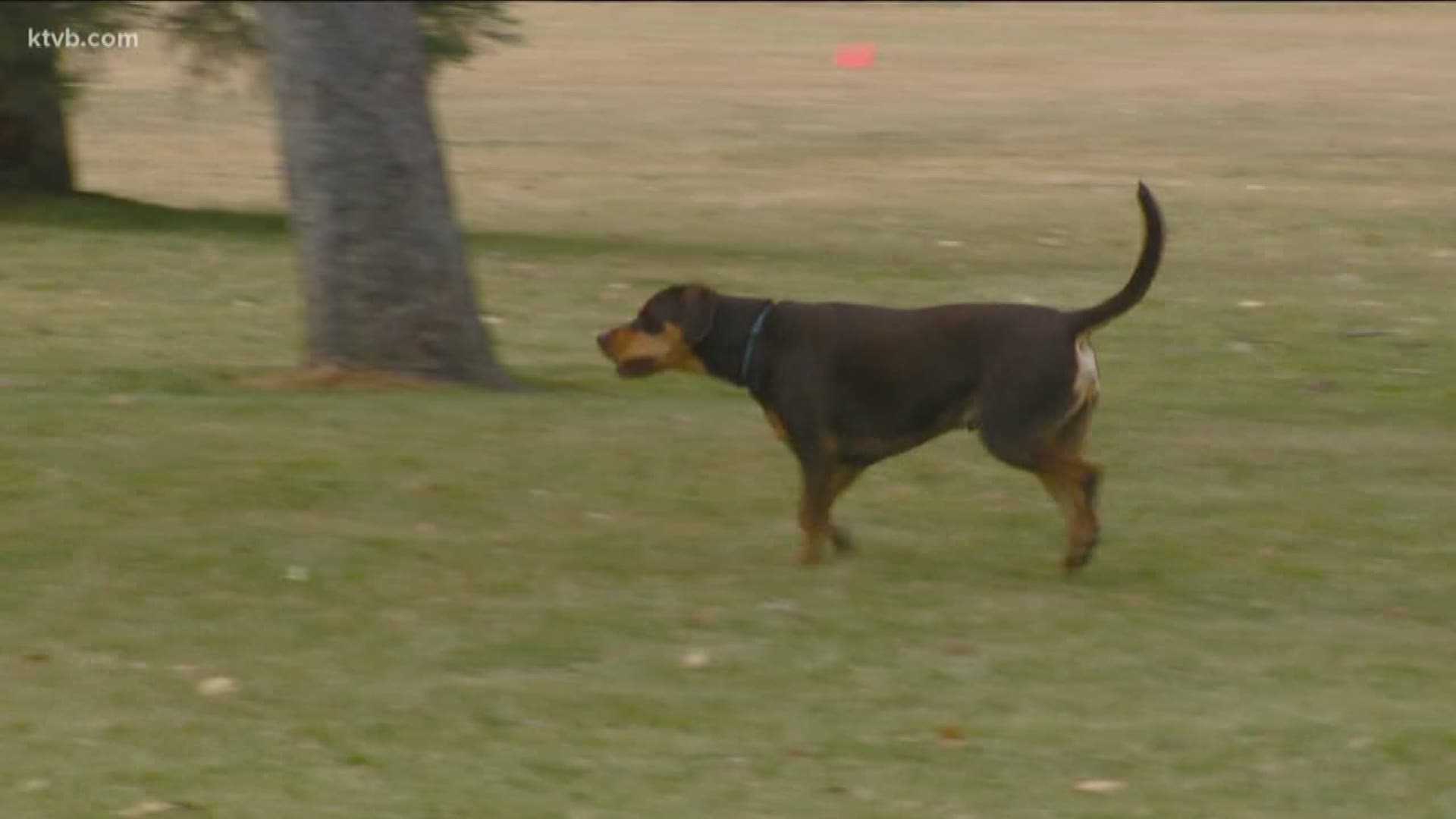 Currently, the fines for having a dog off its leash in public are $25 for the first offense, $50 for the second and $100 for the third.

The increased fines will take effect Friday, Dec. 20, following publication of the ordinance in the Meridian Press, according to Meridian City Clerk Chris Johnson.

According to city code, dogs in public must be kept on leashes no longer than six feet.

Other residents opposed an ordinance they said punishes well-behaved dogs who can be off-leash.

“I strongly support stronger penalties for off-leash dogs,” said John Padden, a Meridian resident and dog owner, at the Dec. 3 public hearing. “When an off-leash dog, no matter how well-behaved, comes up to leashed dogs, the leashed dog understands he is at a severe disadvantage. Humans cannot always pick up these highly nuanced cues but the dogs understand it.”

Padden likened the situation to a human who is handcuffed at a party while strangers “get in their face.”

“You’re going to be very uncomfortable,” he said. “It’s really not about how great your dog is. To coexist, humans and dogs have to be under control.”

RELATED: Why your dog isn't allowed at some Boise ponds

“(It’s) important to note that for us older people the real risk with dogs running loose is that they can knock us down and the fall can cause severe injuries,” the Rutherfords said in the email. “Even friendly dogs can do this as they jump up on us and want (to) be playful so (it’s) not just dogs that might bite someone that pose a danger to elderly people.”

Mat Runcorn, a Meridian resident, sent a letter to the city council opposing the ordinance. Runcorn wrote that he became a dog owner three years ago and has consistently trained his dog to be well-behaved on walks throughout the community.

Runcorn said he plays fetch with his dog at a nearby park, where the “high energy breed” has room to run and exercise. Runcorn said he and the dog have never had conflicts at the park with other animals or people.

“I am concerned that the proposed ordinance change to increase the fines will primarily punish owners of dogs that are well behaved and that are really mindful of others in the community,” he said in the letter.