The Treasure Valley is still a red-hot destination for new residents, according to a report from WalletHub. 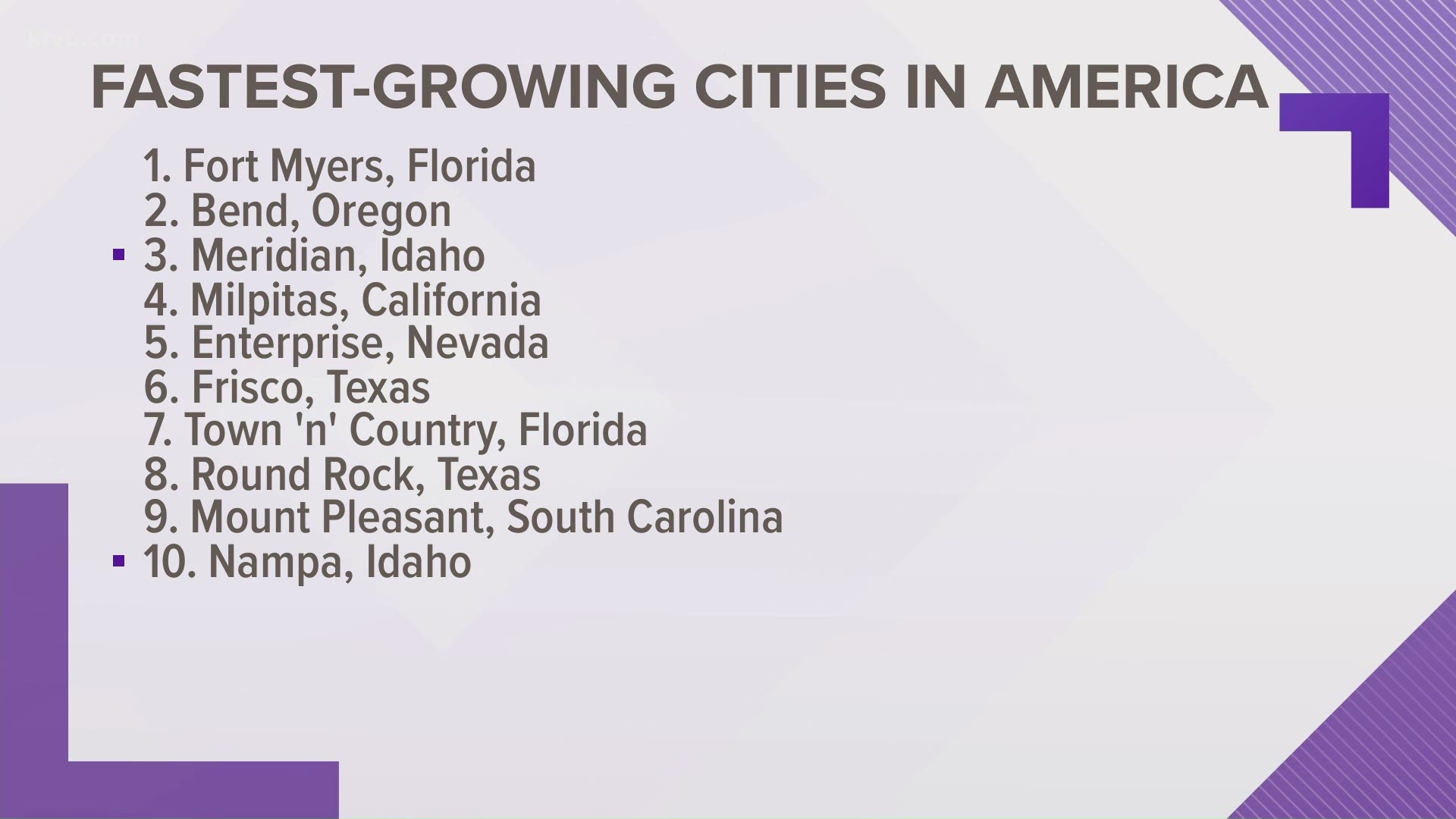 The Census Bureau reported that the southern and western regions of the United States held 13 of the 15 cities with the highest population growth between 2010 and 2019.

A separate ranking was created for ranking by city size.

The fastest-growing cities in America are:

To view the full report and findings, click here.